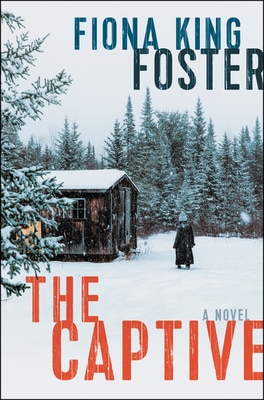 In The Captive, the exact year and setting are left vague. Brooke and Milo—parents of two daughters—live on a small farm and harvest cranberries. Society has collapsed. And people are now mainly divided by rural or city living.

With palpable tension between the two factions: those living in cities typically lean toward federal governing, while those outside the cities are governed by militias. Both factions also claim rule over events and citizens of their respective jurisdictions and take offense when the other faction attempts to intervene.

Due to societal breakdown, past technologies still exist, their availability is sparse, especially depending on where one resides. Those in cities live a more modernized lifestyle, with those in rural settings have fallen back to past living-standards.

While attending a public auction, Brooke learns from a federal marshal that a violent man from her past has surfaced in the area and is searching for her. Brooke also knows if this man is close by, other members of his family—some even more violent than he—certainly won’t be far behind. Brooke, with a secretive past of her own unknown to her family, realizes sudden measures must be taken to avoid not only danger to her, but also to the lives of her unsuspecting family.

The Captive is a well written, descriptive, rural noir that falls along the lines of a “road” or “pursuit” novel, with Foster introducing interesting, three dimensional characters. As the story then unfolds in current times, flashbacks fill in Brooke’s past.

While the novel could be characterized as being a dystopian-type novel, Foster does not overemphasize societal breakdown in a way that might otherwise overshadow the characters and story.

Those who have read novels such as The Outlander by Gil Adamson and The Wolf Road by Beth Lewis should enjoy The Captive.

Netgalley provided an ARC of The Captive upon the promise of a fair review.

END_OF_DOCUMENT_TOKEN_TO_BE_REPLACED

Two young men are framed for cheating in a Macau casino