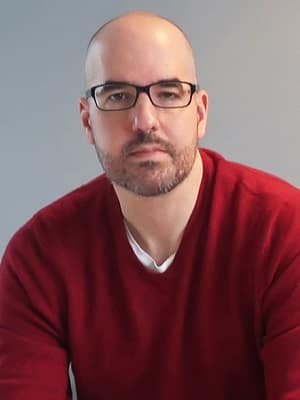 Riley Sager is the award-winning pseudonym of a former journalist, editor and graphic designer who previously published mysteries under his real name.

Now a full-time author, Riley’s first thriller, Final Girls, became a national and international bestseller and was called “the first great thriller of 2017” by Stephen King. Translation rights have been sold in more than two dozen countries.

Q. Your latest, Survive The Night, is a thriller that drops today. What’s it about?

Riley: Set during one night in November 1991, Survive The Night is about a college student named Charlie who decides to leave school after her best friend is murdered by a man known as the Campus Killer. Through the university ride board, she gets a ride to Ohio with another student named Josh. Not long after they hit the highway, Charlie starts to suspect Josh isn’t quite telling the truth about who he is or why he’s going to Ohio. In fact, she soon begins to think he might be the Campus Killer. Since it’s 1991, long before cell phones, GPS and Uber, Charlie’s at the mercy of pay phones and the kindness of strangers—not that Josh shows any intention of slowing the car long enough for her to escape.

After writing several books with dual timelines and multiple last-act twists, I really wanted to do something as streamlined and simple as possible. My initial six-word pitch to my editor was: A girl, a killer, a car. That’s it. That’s the book. It’s very much intended to be a thrill ride that’s read in one sitting.

Q. You’ve said that you wrote Final Girls at the lowest point in your life. What’s the story there?

Riley: It was the worst of bad years. There were deaths in the family, I was laid off from my newspaper job and I got dropped by my publisher. Unfortunately, after the events of 2020, plenty of people can relate to bad things continually sweeping over you like waves. But back then, I felt alone in my grief and anger and, to be quite honest, uselessness. I was very isolated, very depressed and probably should have entered therapy. Instead, I wrote a book about a woman who survived a horrible ordeal ten years earlier and now pretends to be fine when she is anything but fine.

The book was basically my last-ditch effort at a publishing career. If it didn’t pan out, I intended to go back to school and become a librarian. It ended up working out in ways I never dared to dream. It’s rare to have a book completely change your entire existence, but that’s what happened to me with Final Girls.

Q. Last I heard, Universal Pictures was developing Final Girls for the screen, while Amazon Studios was working on the The Last Time I Lied. Any update on screen adaptations?

Riley: That’s all different now. Both books are in development elsewhere, although I choose to remain in the dark about how far along they are or if screen adaptations will ever happen. I can’t begin to understand the ways in which Hollywood works, so I don’t even try. If one of my books eventually gets adapted, fantastic. If none of them do, I’m perfectly fine with that. A lot of people seem to think a book isn’t a true success unless there’s a movie version. I don’t think that way. There’s nothing wrong with a book that remains only a book.

Q. Have you read anything particularly good recently?

Riley: I just finished Malibu Rising by Taylor Jenkins Reid, and absolutely loved it. Next up is Goblin by Josh Malerman. My to-read stack is a mile high, and I seem to keep adding to it weekly.

Riley: I just sent my next book to my editor and now the fun part begins—making it better. I can’t tell you anything else about it. The plot is very hush-hush. All I can say is that it was a blast to write and that it might be my best book yet. It will certainly be my most surprising. 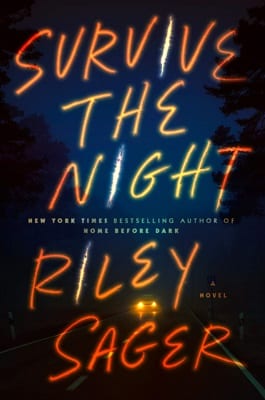 Josh Baxter, the man behind the wheel, is a virtual stranger to Charlie. They met at the campus ride board, each looking to share the long drive home to Ohio. Both have good reasons for wanting to get away. For Charlie, it’s guilt and grief over the murder of her best friend, who became the third victim of the man known as the Campus Killer. For Josh, it’s to help care for his sick father. Or so he says. Like the Hitchcock heroine she’s named after, Charlie has her doubts. There’s something suspicious about Josh, from the holes in his story about his father to how he doesn’t seem to want Charlie to see inside the car’s trunk. As they travel an empty highway in the dead of night, an increasingly worried Charlie begins to think she’s sharing a car with the Campus Killer. Is Josh truly dangerous? Or is Charlie’s suspicion merely a figment of her movie-fueled imagination?

What follows is a game of cat-and-mouse played out on night-shrouded roads and in neon-lit parking lots, during an age when the only call for help can be made on a pay phone and in a place where there’s nowhere to run. In order to win, Charlie must do one thing–survive the night.