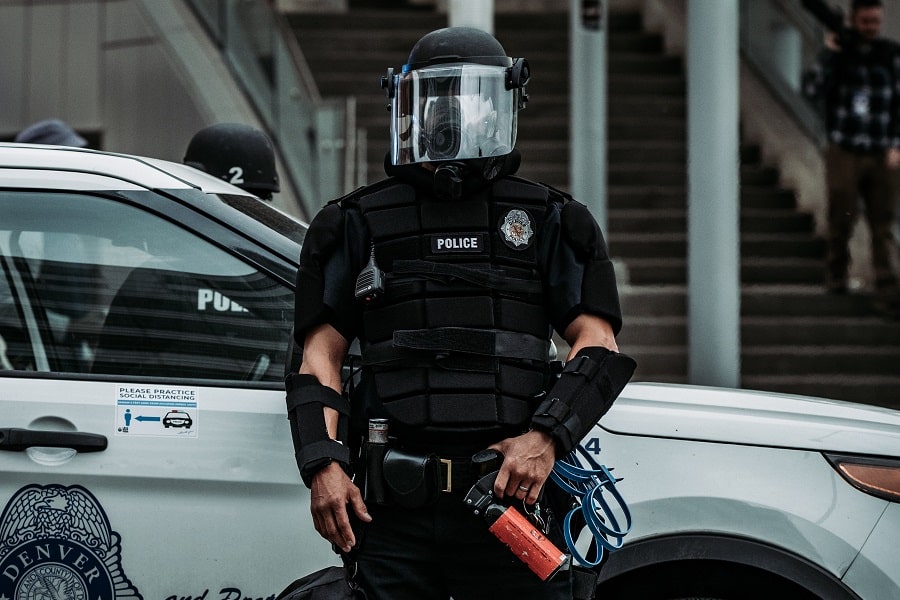 Why “Police as Villains” Resonates with Readers

“I’m not against police; I’m just afraid of them.”
-Alfred Hitchcock

The topic of law enforcement usually garners one of four reactions: admiration, mistrust, hatred, or fear. These sentiments have been around for centuries, since the start of organized police units around the world. But why? While it’s easy to see why an organization that is designed to protect and serve citizens would garner admiration, why would that same organization dredge up feelings of mistrust, hatred, and fear?

The answer lies not in the concept of a police force, but in the individual officers that compose the fraternity. With enormous power to wield at their discretion, it depends on the individual officer’s moral compass to keep him, so to speak, on the right side of the law. But what happens when an officer goes astray? What’s more, what happens when the league of law enforcement is infested with officers gone astray? What happens when The Thin Blue Line is factored in? Or when honest cops are juxtaposed against dirty ones? Or that accountability may never be factored in at all?

In literature—thrillers specifically—writers have gleefully used the rogue cop for story ideas, because the subject is low hanging fruit. Here we have a universe where police almost never police police, and the lens of the moral compass can be found caked with mud. This noir-esque environment leaves the reader in suspense and ambiguity, but is a playground for writers. Can this officer be trusted? Are they on my side, or their own? Will I make it to safety, or will they kill me? Will they manipulate a scene in order to entrap me, or dig deep to clear my name? Even if I get my day in court, who will anyone believe: me, or the guy with a badge on his chest and a crooked smile on his face?

I have explored the rogue cop in two of my works. In You Won’t Forget Me, decorated San Francisco police officer Rick Hager is a serial killer who has murdered two of his wives, a story ripped from the headlines. He’s managed to get away with both, largely based on his unblemished record and handsome face. His position as a police officer has lifted him above reproach, making it easy for him to kill at will. Many refuse to see him as anything other than a civil servant, which he uses to his advantage. By the middle of the story, he’s planning the murder of his third wife, after he relocates to Santa Fe, New Mexico for fresh kills. In Night As We Know It, I wanted to investigate (together!) the underbelly of two respectable professions: journalism and law enforcement. Nick Fullwood and Johns Mayweather are friends whose relationship is based on favors, first in high school, then later as adults. Nick, now a journalist, hits up Johns, now a Los Angeles-based police officer. Nick is investigating to what extent white nationalist groups have infiltrated law enforcement, and he is willing to do anything to get the story, including manipulating his longtime friend for a bird’s eye view. What the two soon discover is how powerful, and long-armed, the fraternity of police officers actually is.

Why do readers like stories about rogue cops? I believe it’s because we like testing ourselves on two fronts. First, can we detect a bad cop? Despite the uniform and badge that is fashioned to illicit respect, are our senses keen enough to see beneath that veneer to something rotten? And can we differentiate between a good cop and a bad one? Not just a good cop acting like a bad one to do good work. What’s more, how would we handle a bad cop? Are we resourceful and strong enough to go toe to toe to outwit and outmatch a bad apple, and still come out alive? Second, would we be able to resist the temptation to abuse our authority if we ourselves were cops? There is a great deal of authority bestowed on police officers, and many of us would say we have the moral fortitude to stave off any temptations. But is this fully truthful? With the kickbacks and the favors and the free passes and the corruption of immense power available to us, would we be immune to the dark side? Or would our moral compass go haywire, as if we were in the Bermuda Triangle of ethics?

Outside these two tests, there is something else we readers enjoy in a police procedural: will the cop redeem himself? Does he have the will to self-correct and reclaim the honor of wearing the badge? Like many of you, I know police officers. Some for decades, and I have nothing but respect for them. The life of an officer is difficult, taxing, full of self-sacrifice, endangerment, and enormous responsibility. But also with plenty of temptation. An hourly tightrope-walk in some cases, I would imagine. Some of my favorite films examine this balance, such as 16 Blocks, Cruising, L.A. Confidential, Bad Lieutenant, and Crash. In print, most of these tales are examined in pulp filled with dark rendezvous, gun molls, backdoor dealings, and murder (think Raymond Chandler and Dashiell Hammett). We readers enjoy this set-up, because it’s something we don’t see in our everyday lives. And it is as far down the rabbit hole as we wish to explore—on paper!

Contemporary writers have also explored this topic. George Pelecanos, author of a number of outstanding crime novels as well as writer and producer for the critically acclaimed television show, The Wire, and James Wambaugh, who excelled at penning police procedurals, are particular favorites of mine. The gray area in which their characters exist, particularly law enforcement, lays bare a platform where characters don’t mind getting their hands dirty, and at times don’t mind if you see how dirty their hands are. However, in Don Winslow’s The Force, an entire NYPD unit is a cesspool of wayward law enforcement, that makes the reader feel dirty just by reading the book.

It’s the fraternity that gets examined in stories where police are villains. It resonates with us readers because it breaks our hearts when we encounter tales filled with bad cops engaged in money laundering, fencing, murder for hire, protection schemes, human trafficking, rough-ups, set-ups, plants, racism, rape, drug confiscations, evidence tampering, false testimonies, substance abuse, and more. It hurts because we know these scenarios don’t solely exist in thriller crime novels. We know this institution should be a revered entity. It was designed to protect us as citizens. At least in theory. The officers enlisted, sentries of order. Still, we hope that no matter how dark the tale gets, that there will be a happy ending. But when I cross an officer on the street, and even in the pages of a thriller, the first thing that crosses my mind is that old quote from The Dark Knight: ‘You either die a hero, or live long enough to see yourself become the villain.’ Here’s to the ones fighting the good fight.

H.L. Sudler is an essayist and novelist, whose works include a short story collection The Looking Glass: Tales of Light and Dark, his thriller novel series Summerville and Return to Summerville, as well as novellas Night As We Know It, Midnight, and Sandman. He is currently at work on a novel titled Mayhem. Sudler is married and lives in Washington, DC.

Connect with this author at: Goodreads | Mojo Marketplace 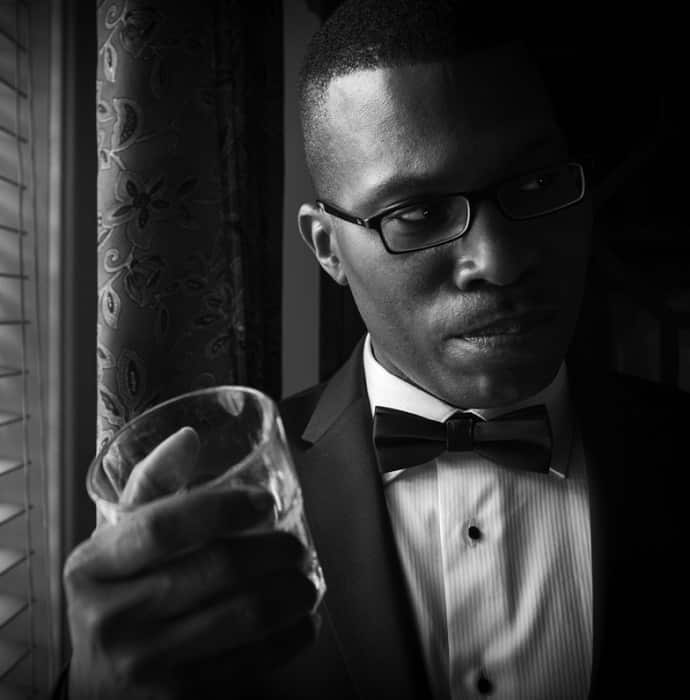