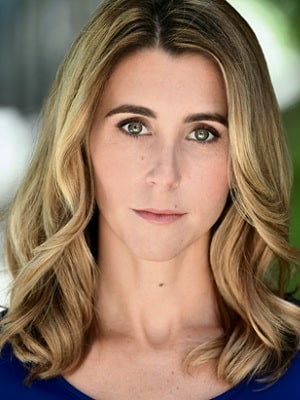 Sarah is an award-winning actress, screenwriter, and producer. For her latest film, A Call to Spy, Sarah wrote, produced, and stars as the legendary American spy, Virginia Hall. A Call to Spy was released in the fall of 2019, and follows the stories of the British Special Operations Executive’s most daring spies during World War II. A graduate of Williams College, Sarah trained as an actress at RADA and Drama Studio in London. She currently resides in New York City with her family.

Q. A Call to Spy is the real-life story of some of the most daring and effective spies in the British Special Operations Executive during World War Two, what can viewers expect?

Sarah: Yeah! The BBC called the film, “The Hidden Figures of the spy world” and I think that’s a really great hint of what viewers can expect! It’s the untold story of three diverse and heroic women who were spies in World War 2.

Q. What I really like about A Call to Spy is it focuses so heavily on real female spies who were some of the most impactful agents in the field. What was it like researching their stories?

Sarah: I love doing research on films and I was really lucky that the CIA was helpful in terms of speaking with me because the character I play, Virginia Hall, was the first woman to work for the CIA after the war.

I also was able to speak with living relatives and friends and I had access to these women’s spy files from when they worked at SOE which are no longer classified. So there was just so much amazing spy material to dig into; but the downside of that is that you have so much material but only a two-hour film, so you have to decide what to pick and choose and how to make it all blend in a fiction story because obviously, this isn’t a documentary.

Q.  I really enjoyed the emphasis on adaptability and innovation in the field. General Eisenhower once said, “No plan survives first contact with the enemy,” and I think we really do get a sense of that with Virginia Hall. What was it like in the field for those agents?

Sarah: I mean these agents in the timeframe that A Call to Spy takes place, which is largely 1941-43, were women sent in to spy as an experiment because it was thought that they would be more inconspicuous. And so, spy organizations didn’t know what they were doing. It wasn’t the CIA, right? It wasn’t organized in that way. It was very much guerrilla warfare, and these women were sent in with a 50/50 chance of survival. They knew that and they signed up anyway, so it was very much in the beginning “make-it-up-as-you-go-along” and it was very difficult circumstances.

Q. What was the training like for an SOE agent?

Sarah: So everyone had different training. Virginia was sent in a little early, she was the first female field agent, but in general, there were various stages of training and they were trained in the Scottish Highlands in mansions because the thought was, “London was being bombed and the Nazis won’t suspect these mansions in Scotland are our training facilities,” They were taught to kill and various spycraft, but it wasn’t some really long several-year training program because there wasn’t time for that and these people were “amateurs”. I use that word loosely because obviously, they’re capable human beings and extraordinarily courageous, but they really weren’t trained spies in the way of what we think of as trained spies today.

Q. A Call to Spy has received some stellar reviews including the Audience Choice Award at the Whistler Film Festival and the ADL Award at the Santa Barbara International Film Festival. What are you working on now?

Sarah: I’m working on a whole host of things now. I’m not at liberty to discuss any of them. But I have a couple of really exciting projects coming up.

Q. Where can readers find A Call to Spy?

Sarah: A Call to Spy is currently available on Amazon Prime Video, Apple TV, YouTube, and a host of other providers. For the full list, check out our website.

To hear Conor’s full interview with Sarah, click the link below.