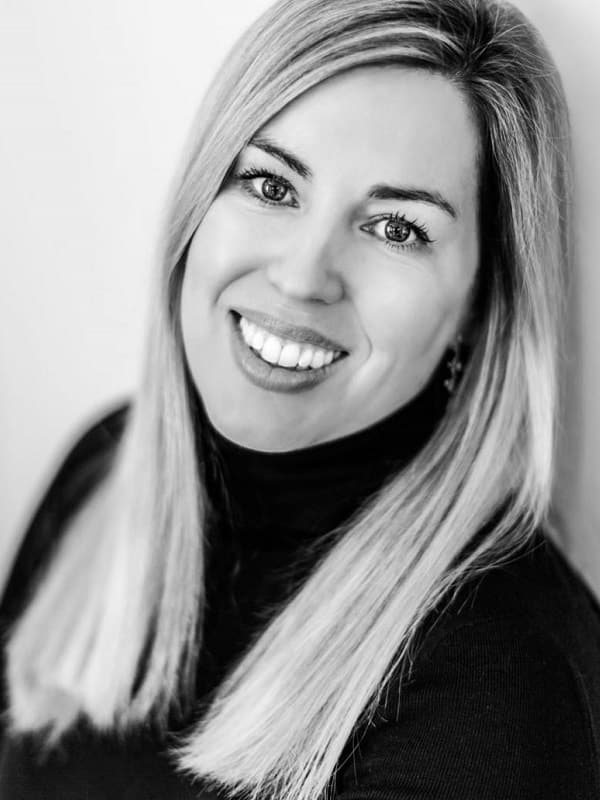 Sarah Pearse lives by the sea in South Devon with her husband and two daughters. She studied English and Creative Writing at the University of Warwick and worked in Brand PR for a variety of household brands. After moving to Switzerland in her twenties, she spent every spare moment exploring the mountains and the Swiss Alpine town of Crans Montana, the dramatic setting that inspired her novel.

Q. Detective Elin Warner is back in The Retreat, your highly anticipated sequel to The Sanatorium. What is Warner up against here?

Sarah: Elin’s back in a new case at an idyllic wellness retreat that has opened on an island off the English coast, but the case proves to be challenging – the island itself, known locally as Reaper’s Rock, has a dark past. Once the playground of a serial killer, it’s rumored to be cursed. When a young woman is found dead below the yoga pavilion in what seems to be a tragic fall, Warner soon learns the victim wasn’t a guest—she wasn’t meant to be on the island at all. The longer Elin stays, the more secrets she uncovers, and when someone else drowns in a diving incident, Elin begins to suspect that there’s nothing accidental about these deaths. But why would someone target the guests at this luxury resort? Elin tries to find the killer before the island’s history starts to repeat itself.

Q. Reese Witherspoon chose The Sanatorium for her book club. What was your reaction when you heard? How did that support affect the trajectory of the title?

Sarah: It was the most wonderful, unexpected experience. I had so many magical moments interacting with the RBC team and Reese herself, from first hearing the news to the lead-up to publication—I will never forget the moment I first found out that it was chosen! It continues to be life-changing. Being a Reese’s Book Club selection gave the book so much more exposure than it would have had otherwise, particularly as a debut, and this meant my book had a much wider platform with many more people reading the book. I have made so many connections as a result of this—from other authors (Reese’s Book Club alumni and more) to readers, bloggers, and podcasters and book clubs all over the world. It has been the best possible start to my writing career and one I will always be grateful for.

Q. Suspenseful settings are at the heart of both The Retreat and The Sanatorium. What comes to mind when you think of thrilling settings?

Sarah:  For me, a thrilling setting is one that can become a character in their own right, because of a combination of their past and topography or one that is geographically remote in some way – something I find intrinsically frightening in itself! I love both the physical symbolism of an isolated location and the effect it has both mentally and physically on characters in a novel. In a remote setting, the minute danger strikes there is an inherent tension (particularly if you throw a weather extreme into the mix) as it is hard for people to come help, so you can quickly push your characters to their limits.

Q. How do you conjure atmosphere with such success?

Sarah: For me, it starts with the description of the setting and knowing a place well – I think the tiny details you get when you know a location intimately are hugely important in creating atmosphere and authenticity for the reader. In particular, it helps your scenes come alive for a reader – if you know a place well and are able to describe how it appears to your every sense – from the crunch of your feet in the snow or the slap of of water against your face, it really helps bring the atmosphere alive. The next step for me is then conjuring the internal environment of your characters and capturing their reaction to the setting and what is happening around them – your readers will then experience the atmosphere of a thrilling setting right alongside the characters.

Q. On a personal note, you’ve said elsewhere that you’re a rockpooling hobbyist. What is it, and what do you love about it?

Sarah: I’m most certainly an amateur, but I love rockpooling with my daughters in the summer – we have some wonderful rockpools on our local beach, where we congregate together armed with buckets and nets and crab lines and try and catch little fish and crabs. We use bait (bacon or other kinds of fish or meat) and try and lure them out from under the rocks. Once we’ve caught them and showed off our catch, (and taken a few photographs!) we release them back into the rockpool. It’s great fun and something I’ve done since I was small so it’s lovely to now be sharing this with my daughters a generation on!

Sarah: I’m working on another Elin Warner thriller. Elin is back in another dark and creepy case a little farther afield. She’s reunited with her brother, Isaac, who we met in The Sanatorium, and we finally find out who has been watching her every move… 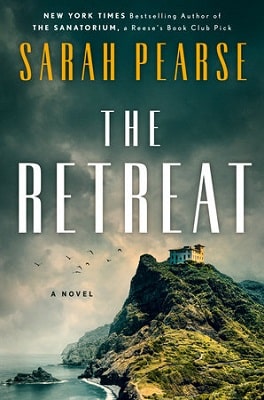 An eco-wellness retreat has opened on an island off the English coast, promising rest and relaxation—but the island itself, known locally as Reaper’s Rock, has a dark past. Once the playground of a serial killer, it’s rumored to be cursed.

Detective Elin Warner is called to the retreat when a young woman’s body is found on the rocks below the yoga pavilion in what seems to be a tragic fall. But the victim wasn’t a guest—she wasn’t meant to be on the island at all.

When a guest drowns in a diving incident the following day, Elin starts to suspect that there’s nothing accidental about these deaths. But why would someone target the guests, and who else is in danger?

Elin must find the killer—before the island’s history starts to repeat itself.