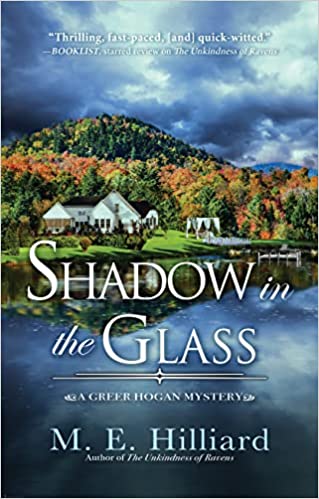 What a treat, visiting beautiful Lake Placid and staying in a guesthouse on the grounds of a friend’s family compound. At least that’s what Greer Hogan’s trip looks like on the surface. Look a little deeper and she will tell you the trip is only partly about her friend’s wedding. She has also decided to solve her husband Danny’s murder.

Since his death, she has reinvented her own life, returning to work as a librarian and leaving the wealth and privilege that came with being a high-paid cosmetic consultant married to a high-level member of a successful corporation. That’s what she thinks before she arrives anyway.

Things feel a bit different once she is at the compound. Everything is beautiful and it looks like plans for the wedding are going well, but there’s an overall sense of disquiet that floats over the area, like a thin layer of chiffon covering the beautiful satin underneath. Greer first notices it when she thinks she sees someone in the window of the house next door. Later, as she visits that house to help the guest staying there, the feeling is increased, particularly when they explore the third floor and find firmly closed doors throughout, a mirror with poignant writing on the back, and a lava lamp that Greer wonders about. Could it be the source of the brief light she saw in the window when she thought it was a person’s shadow?

Before she can get settled the family asks her to move to the local inn, at the family’s expense, because of unexpected last-minute guests. She hopes this enables her to increase her investigative activities. As she comes in closer contact with the family members, things seem “off”. The mother of the bride is unnerved by the proceedings, an unusual reaction for a woman who usually has everything under control. Add to that a strange young woman who seems to have undue influence on the bride’s father, and company head, the arrival of two unexpected family members, one of whom apparently has long term emotional problems, and things seem to be going downhill.

The beautiful, calm surface that has been created for the wedding events begins to crack at a party the night before. The young woman is present, and seems to send off disruptive feelings; the parents of the bride are overheard having an argument, and Greer is dissecting her feelings about spending time with her old flame Ian, even as he is trying to help her figure out what is happening with the parents. It’s definitely not the idyllic setting and party she thought she was attending.

Things move in a more difficult direction when the young woman’s body is discovered floating under a dock. Was she pushed, did she fall, was it murder or an accident? The police are called and their investigation begins with Greer sharing information she has uncovered. She has some history in solving a murder (featured in the first book of this series) and after checking, the detective is more willing to take Greer seriously, but not as a member of the investigative team.

Secondary characters are well developed for the most part. Greer’s past relationship with Ian is briefly touched on, and might leave the reader wondering if he will be part of books in the ongoing series. As it is, these characters provide good substance to fill out the story and some intriguing characteristics of their own. While the reader might not want to make friends out of all of them, they will find some appealing and most of them distinct enough they can create mental images for them.

This is the second in the Greer Hogan mystery series and functions well as a standalone. There is no crossover from the first book in the series and Greer’s husband’s murder is only referred to as a motivating factor for Greer, having nothing to do with this book. I enjoyed this book so much I would definitely consider reading the first book in the series and watching for the next one to come out. Greer is an interesting person, and Hilliard’s ability to create and maintain an atmosphere throughout the book is superb. This is a series that bears watching.

My thanks to Crooked Lane Books for providing me with an advance copy for review. The opinions expressed here are entirely my own.

Shadow in the Glass available at:
Amazon 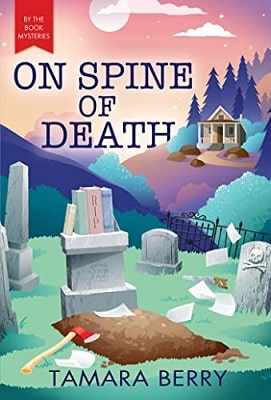