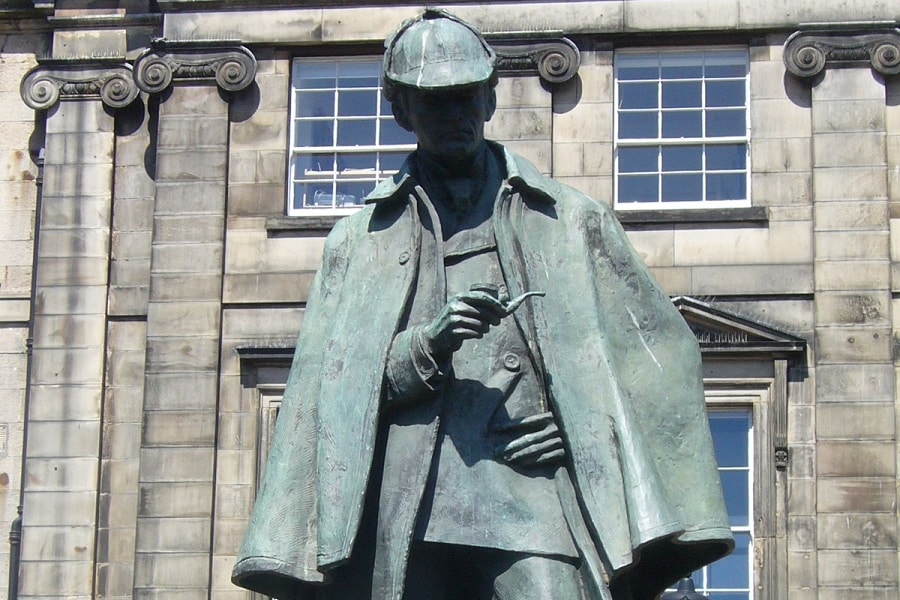 The enduring allure of history’s greatest detective
Jim Nelson
Since his first appearance in 1887’s A Study in Scarlet, Sherlock Holmes’ popularity has only grown over the decades.  Every few years another interpretation of the Baker Street detective comes along, whether it is a pastiche or satire, whether in print, film, television, graphic novel, or video game.
Modern writers have explored Sherlock Holmes’ biography from his childhood (Young Sherlock Holmes) to his twilight years (A Slight Trick of the Mind).  Portrayals have made him out as an officious genius, a drug addict, a drunken washed-up actor, and a polymath existing somewhere on the autism spectrum.  Comedies, thrillers, science fiction, musicals—Sherlock Holmes is cultural silly-putty capable of being molded into any form.

What is the enduring appeal of this shape-shifting character?  Doyle gives no indication that Holmes is particularly attractive or magnetic in personality.  He can be cold, abrasive, and downright rude in moments.  One cannot help but feel Dr. Watson is a man with a remarkable reservoir of patience.  How many Sherlock Holmes adventures open with the detective challenging Watson to discern the history of a person from nothing more than a walking stick, a battered hat, or a muddied shoe?  Watson entertains Holmes and his games of deduction, but always as the lesser, never as the equal.  (In my experience, medical doctors are not the sorts of people who take well to being talked down to.)  Why would such a man continue to fascinate and entertain well into the 21st century?

Let the countless reinterpretations of Sherlock Holmes—from the fusty age of Queen Victoria to the digital age of Google and Wikipedia—act as a kind of experimental control in our search for answers.  “Eliminate all other factors,” Holmes tells Watson, “and the one which remains must be the truth.”

The stock answer to Holmes’ timeless appeal can be found in Jane Smiley’s capsule summary of The Hound of the Baskervilles.  “Reading Holmes stories is endlessly reassuring,” she writes.  “The horrors of the war and the twentieth century could not be imagined, and while she is reading them, the reader can hardly imagine them, either.”  There’s weight to this.  The England of a Holmes story carries with it the same allspice nostalgia Americans associate with Christmas caroling and tree-trimming.

Yet Baker Street fans took to Benedict Cumberbatch’s Sherlock TV series without the slightest hesitation.  This modernized Holmes runs around a London of Internet cafes, mass terrorism, and British celebrity tabloids.  It is a Sherlock Holmes shorn of Hansom cabs and mustache wax, and yet the show reenergized existing fans and garnered new ones worldwide.

If not nostalgia, then what?  Could it be the reliable Sherlock Holmes formula that permeates nearly every adaptation?  Take, for example, Dr. Watson: A Holmes without his biographer sidekick is unthinkable.  (The 1989 Hollywood curiosity Without a Clue has the duo, played by Michael Caine and Ben Kingsley, separating out of spite, only to realize they cannot break up the team.)  The Grenada television series production (starring a pitch-perfect Jeremy Brett) seemed never to air an episode without busybody landlady Mrs. Hudson bursting into the Baker Street apartment to announce a visitor.  Adaptations inescapably have a befuddled Inspector Lestrade pleading for Holmes’ assistance, or standing aside as the detective gathers clues.  And, when pondering who may be the villain of a Holmes adaptation, the viewer could do far worse than guess the malicious Professor Moriarty lurks in the background as the motivator of the story’s plot.

Yet diehard Sherlockians know the above formula is rarely present in full in the original Doyle works.  Holmes does appear on occasion without Watson, such as in the well-known “Musgrave Ritual.”  Mrs. Hudson is not a fixture in the canonical stories, and Moriarty was a rather late addition to Doyle’s rogues’ gallery.  Lestrade may have been Doyle’s favorite foil for the consulting detective, but Holmes faces off with a number of other police inspectors in the first stories.  Even Holmes’ bulletproof deductive powers are falsely remembered: In “A Scandal in Bohemia,” Holmes brute-forces the location of hidden document by the moral equivalent of shouting Fire! in a crowded theater.

If not nostalgia or formula, what could explain Sherlock Holmes’ enduring appeal?  “When you have eliminated all which is impossible, then whatever remains, however improbable, must be true.”  By my sights, what remains are two manifest elements: Doyle’s skills as a storyteller, and Holmes himself.

While adaptations abound, they’re rarely remade or readapted.  We keep returning to the original Doyle creations—and for good reason.  Doyle’s mastery of storytelling was a mastery of classical dramatic elements—his gift for detail, pacing, and reversals, coupled with a fine sense of control over the English language.

No one who has read A Study in Scarlet will forget the jaw-dropping moment when, in the thick of the investigation and all clues leading to dead-ends, Holmes has the nearest cab hailed for an unexplained journey away from London.  While arguing with Lestrade and Watson over the wisdom of this action, the cabdriver arrives to carry Holmes’ bags downstairs—and Holmes claps handcuffs on the driver and declares the case solved.

Or the devastating quotability of Holmes when he directs his client’s attention “to the curious incident of the dog in the night-time.”

“The dog did nothing in the night-time,” the client objects.

“That was the curious incident,” Holmes replies.

Or the economy and sprightliness of Holmes detailing his methodology to Watson (“from a drop of water, a logician could infer the possibility of an Atlantic or a Niagara”).  This clean passage stands high above Edgar Allan Poe’s similar explication of his amateur detective Dupin’s ways, which necessitate several lardy paragraphs riddled with digressions and caveats.

Or Doyle toying with the public when, after killing off Holmes in “The Final Problem,” satiated their pleas for his return with The Hound of the Baskervilles—only for Holmes to send Watson off to Dartmoor, alone, to investigate the mysterious happenings there.  As the book was originally serialized, Doyle’s fans had to wait in suspense for months until Holmes’ eventual reappearance at the end of the story.  Doyle’s gifts for theatricality are underappreciated.

When you evaluate Doyle’s impressive canon of eternal characters and stories, the devout followers who study and document said canon as one might the Bible, and Doyle gifting us with so much memorable language, a picture emerges of a modern bard.  Doyle did more than create a legacy—he imprinted his vision of the well-considered life on English literature, leaving us with an echo still reverberating today.

Doyle also gifted us with Sherlock Holmes himself, an intellect whose job was to be an intellect, and proudly so.  What has not changed in the intervening century since A Study in Scarlet is a pervasive distrust of logic—a disdain for reason over raw emotional impulses and outbursts.  Sherlock Holmes’ reassurances don’t come from formula or nostalgia, but that rational thought will win the day.  Holmes gives us “a way of imagining the world we live in as a manageable place,” writes Smiley.  Among today’s vast swath of cultural output shouting in our ears, Sherlock Holmes remains the standard-bearer for those who believe in calm and insistent reason.

Jim Nelson’s novels include Bridge Daughter (Kindle Press, 2016), In My Memory Locked, and his latest, A Man Named Baskerville.  His home on the web is https://j-nelson.net.  He divides his time between San Francisco and Tokyo. 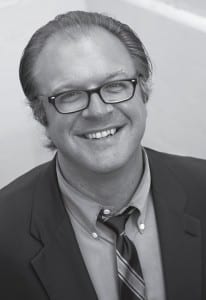