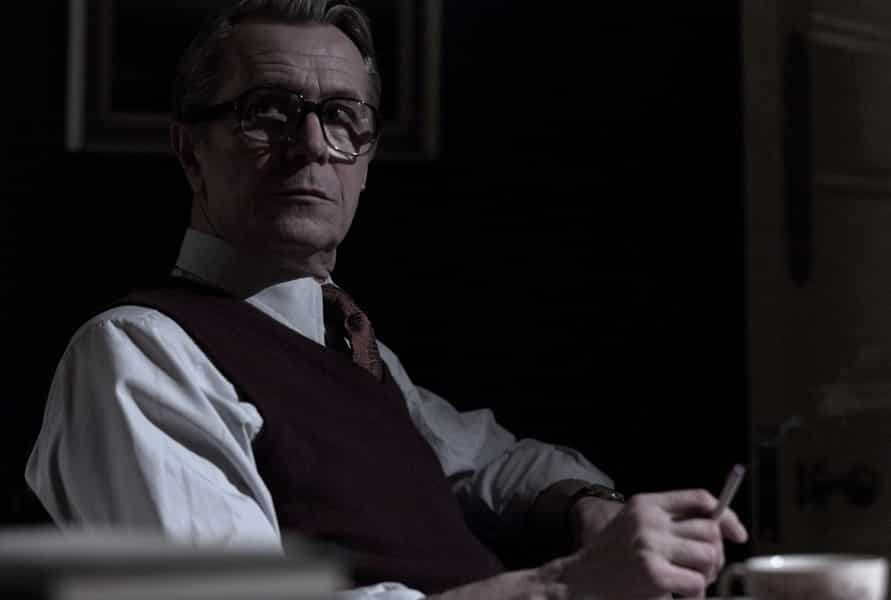 The best film adaptations in the espionage thriller genre

Film adaptations can be challenging; trying to condense hundreds of pages down to a matter of two hours, or so. All this while still maintaining the integrity of the original story. With pulse pounding action, jaw-dropping plot twists, and even romance, spy novels make some of the best book-to-film adaptations.

The action, adventure, and suspense make for exciting films while retaining the essence of the original work. There is something in the genre for every mystery lover. Here are eight classic book-to-film adaptations with everything from action to nonfiction to comedy. 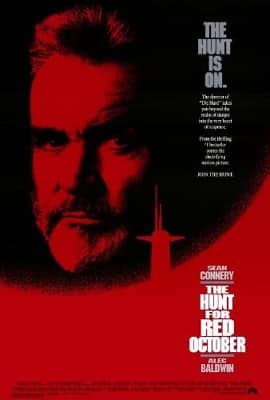 The Hunt for Red October

This bestseller is credited with launching Tom Clancy’s career. Book three in the Jack Ryan series was originally published in 1984 and still holds readers enthralled. This spy thriller is set within a military trope. Jack Ryan is a CIA analyst who finds himself at the center of a high-stakes game of hide-and-seek between two super powers when a Soviet submarine commander makes a decision to turn his boat west while out in the Atlantic.

This story was originally adapted into film in 1990, featuring a star-studded cast including the late Sir Sean Connery, Alec Baldwin, Scott Glenn, James Earl Jones, and Sam Neill. The film was the 6th top grossing movie released in the US that year and continues to receive outstanding reviews. Not bad considering the film had to condense 432 pages of text into a 2 hour and 15-minute film. 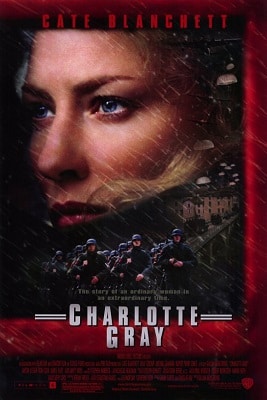 Sebatian Faulk’s third installment in the French Trilogy received somewhat mixed reviews when compared to the first two books. The story follows Charlotte Gray, a Scottish woman, living in London during WWII. When her love interest, an RAF pilot goes missing during a mission in occupied France, she volunteers with the Resistance movement, intent on finding her lost love. Her mission sends her behind enemy lines and gives her a first-hand look at the atrocities being committed by the Nazis.

The film adaptation was released in 2001, starring Cate Blanchet, who expertly brought this espionage story wrapped in a romance to life. The film adaptation received stronger reviews. A rare occasion when maybe the movie was better than the book. 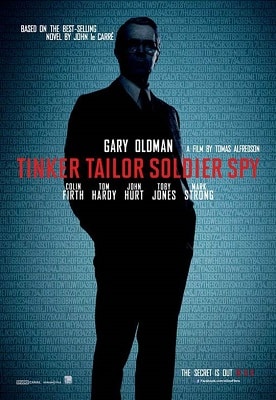 Set in London, in 1973, John le Carré’s modern classic, is the fifth installment in the George Smiley series. When evidence of a Soviet mole in MI6 is discovered, there is only one man for the job of sleuthing out this spy. Smiley is brought out of retirement to serve Queen and Country by finding and destroying the mole.

This slow burn thriller was brought to the screen in 2011 where Gary Oldman brings George Smiley to life, capturing the complexities of le Carré’s story. The film adaptation makes the list because it faithfully follows the original story line of the book. If limited series adaptations are more to your taste, this one was also adapted to a seven-episode miniseries by the BBC in 1979, and later aired in the US in 1980. 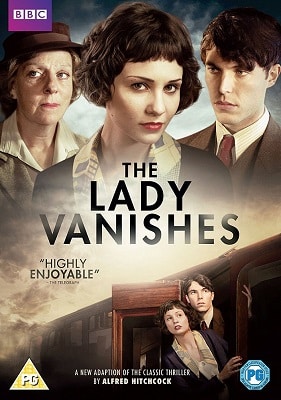 Ethel Lina White’s famous novel was originally published in 1936. A beautiful young socialite, Iris Carr, is returning home to England after a vacation on the continent. On her journey, she encounters an intriguing woman, known as Miss Froy. But the story takes an alarming turn when Miss Froy seemingly vanishes into thin air. And no one on the train remembers seeing her. 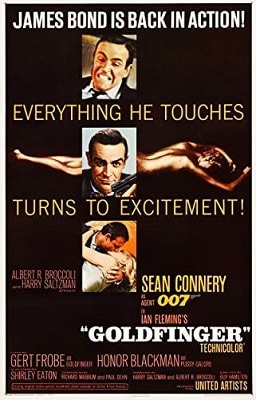 No spy novel list would be complete without 007. Goldfinger is Ian Fleming’s seventh installment in the James Bond series. The story, originally published in 1959, is set in the UK. Bond’s latest mission for the British Secret Service is to investigate the activities of gold smuggler, Auric Goldfinger. Goldfinger is also suspected of having ties to Soviet counterintelligence. Bond uncovers a more sinister plot in the works.

The film, starring Sir Sean Connery, was originally released in 1964 and was the first Bond film to win an Oscar. It was also the film that really put the Bond franchise on the map. 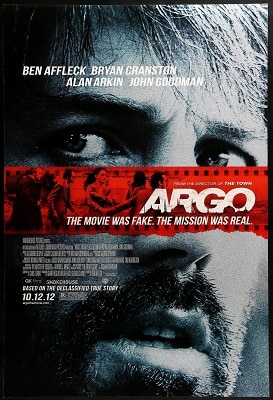 Argo is a real-life spy thriller, detailing the story of CIA operative Antonio Mendez’s mission to rescue American hostages from the embassy in Tehran, in 1979. The ordeal went on for over a year but six Americans were able to escape. Mendez then posed as a Hollywood producer scouting a site to film a fictitous movie to free the remaining hostages.

The book was adapted into a film in 2012, starring Ben Affleck. While the film received largely positive reviews, it did receive some criticism for downplaying the role the Canadian embassy played as well as exaggerating some of the facts. A Canadian documentary, Our Man in Tehran, was released in 2013, highlighting Kenneth Taylor’s role in assisting the six Americans who escaped. 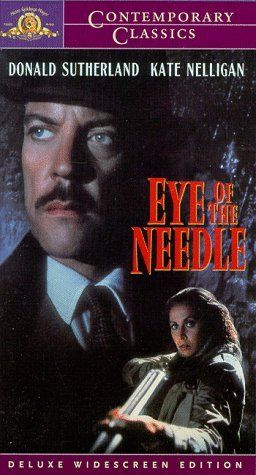 Eye of the Needle

Originally published in 1978 under the title, Storm Island, this was the novel launched the career of Welch author, Ken Follet. The book is set in 1940. A German spy, code name: The Needle, holds the key to Nazi victory against the Allies. But he finds himself stranded on Storm Island, off the coast of Scotland. On the island, he develops a romance with Lucy, but their love affair takes a tragic turn.

The film adaptation, Eye of the Needle, was released in 1981, starring Donald Sutherland, to strong reviews from critics. It has become a classic of the genre. 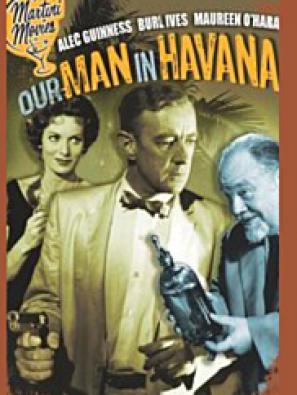 Our Man in Havana

Our Man in Havana, by Graham Greene, was published in 1958, prior to the Cuban Missile Crisis. But elements of the book seemed to predict events to come. Greene, himself, worked for MI6, British intelligence, in the 1940s. The story pokes a bit of good-natured fun at the intelligence community. James Wormold, vacuum cleaner salesman turned spy, is tasked with gathering intelligence in Cuba, currently under the Batista regime. When he is unable to uncover anything to report back to Britain, he begins fabricating his reports.

This black comedy has been adapted to an opera and a play. The film adaptation was released in 1959, bringing the book’s humor to life.

Heidi Slowinski is the author of two books in the mystery and suspense genre, The House on Maple Street and The Package: A Novella. She is also a book reviewer and blogger. Her website features a monthly short story contest, book reviews, and author interviews. When she isn’t writing, her hobbies include travel, cooking, and painting watercolors. Visit her website at heidislowinski.com and follow her on Instagram @hs.reads. 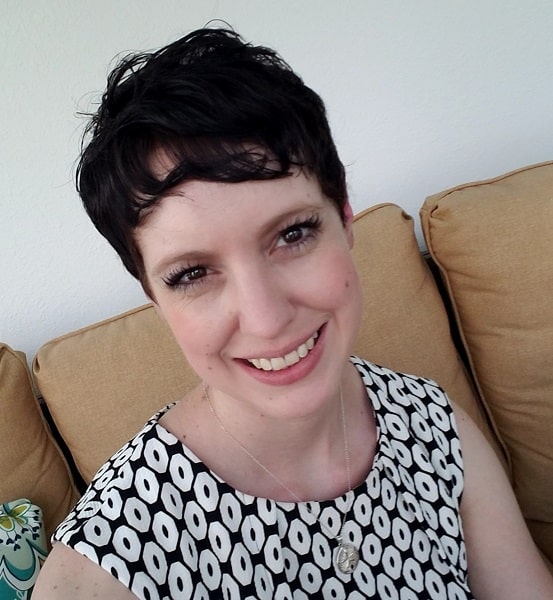 A single misstep could cost them everything