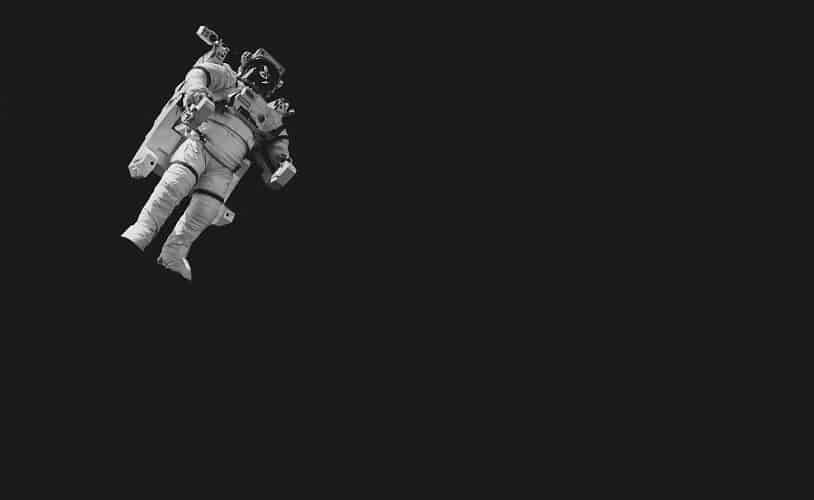 Why space is the ideal setting for sci-fi thrillers. And why it’s more than a setting.

Outer space offers a paradoxical intrigue—it makes us feel helplessly small but courageously mighty at the same time. We are fascinated by outer space, and why not? Isn’t it the final frontier? Its vastness dwarfs us, and yet space also commands us to rise and conquer the unknown.

It’s no wonder that stories set in space are so exciting. For one thing, traveling in space is inherently dangerous, which keeps the stakes high. At any given moment, death is merely one failed oxygen scrubber away. This danger, however, is balanced by the possibility of limitless adventure. Isn’t that enough to make space stories exciting? Perhaps, but let’s take a look at three other factors that may come into play.

Space is still largely a mystery, and this makes unlikely situations more plausible. We must immerse ourselves in a reality with rules we don’t fully understand, and as a result, we become incapable of predicting what will happen using our existing paradigm. We can only watch and wait on the edge of our seats to see what unfolds.

Let’s consider one of my favorite series—Orson Scott Card’s Ender’s Game. Ender is the third child in a family of geniuses living in a futuristic society. At a young age, he is selected to attend a prestigious military school so he can save the world from a seemingly insidious civilization of alien invaders called the “buggers.” What do we actually know about the “buggers?” Very little, except that they have advanced technology and threaten our very existence. What do we know about the war Ender is training to lead? Only that it’s critical for the survival of the human race.

We are forced to open our minds and willingly receive the information the story offers because we have no other context. In this state of suspended disbelief, anything is possible, and this makes the impact of the story even more profound as we begin to see a marginalized child being manipulated for a nefarious purpose. Ender is being trained for a shocking act of brutality that will create a nearly unbearable burden of consequences for him.

Would this story be as suspenseful if it was set in a landscape we better understood? I don’t think so. Consider George Orwell’s classic 1984, which also conveys messages about the dangers of unquestioned propaganda. While I find 1984 to be profound, I don’t find it as suspenseful as Ender’s Game, and I believe this is largely because Ender’s Game is set in space. I have suspended my disbelief and abandoned predictions about what will happen in space when dealing with an alien enemy, so I don’t see the plot twists coming as quickly.

Outer space is an ultra-cool setting with limitless possibility

Space often defies our current understanding of natural law, and it has a symbiotic relationship with technology that allows for new and exciting story possibilities. For instance, many stories set in space involve deep sleep or cryogenic sleep, making it possible for humans to traverse vast distances in their lifetime.

Adrian Tchaikovsky uses this technology to take his story to the next level in Children of Time. In Tchaikovsky’s future, teams of people set out in space to identify, terraform, and engineer life on planets intended to become a new home for humanity. One particular planetary experiment goes completely off the rails, with wholly unanticipated consequences.

Could a similar scenario happen on Earth? It’s not impossible. Consider Wayward Pines, a trilogy written by Blake Crouch that was produced for television by M. Night Shyamalan in 2015. The story follows U.S. Secret Service Agent Ethan Burke, who seeks to unravel the mystery of Wayward Pines, a small bucolic town he finds while traveling through Idaho. Spoiler alert—Ethan eventually realizes that the mystery isn’t related to where he is as much as when he is, and thus the similarity with Children of Time.

But Wayward Pines is exciting for reasons completely different than Children of Time, and I think this largely has to do with the setting. On Earth, sleeping for long periods of time is an anomaly, and this becomes the core of the mystery in Wayward Pines. In Children of Time, deep sleep is a well-known and accepted way to manage space travel. Instead, the suspense centers around what the space farers will find each time they wake. They desperately need to find a new home before their ship corrodes beyond repair, but each time they wake, the evolution of the bioengineered aliens creates new implications for their mission.

Outer space can be more than a setting

Space is vast and silent. It offers the possibility of escape to those who want physical or emotional distance from the rest of humanity. But when a character turns to space as an escape, he often realizes he is now confined with the very entity he wants to escape the most—himself.

Stories set in space allow us to dive deep into an eternal human conundrum—wherever you go, there you are. Consider Hugh Howey’s Beacon 23, a series of stories that follow Digger, a military veteran stationed alone on a space beacon responsible for notifying passing ships of a dangerous asteroid field. Immersed in desolate solitude, the only thing Digger wants more than being alone is to have a little company as he works through waves of post-traumatic stress from his military service.

In this particular story, our knowledge of the vast emptiness of space is part of what transforms it from a setting to something more like a character, wrapping Digger in a blanket of seclusion that promises to comfort him while simultaneously threatening to smother his sanity. Space renders him completely alone with his thoughts, void of not only other people but of light, sound, and movement that could otherwise provide him a brief respite from himself. Will the ineffable silence be his undoing? We keep reading to find out, and that’s what matters.

Could a similar suspense be created in a different setting? Let’s consider The Life of Pi, a story by Yann Martel about a young boy stranded on a life raft in the Pacific Ocean. The vast water has a lot in common with space—it’s perilous, lonely, and easily fatal. But ultimately, life on Earth is interconnected—even the Pacific Ocean has currents that will carry Pi to safety. Undoubtedly, there are moments we don’t know if he will survive the trip, but even the savage Pacific Ocean is more hospitable to human life than space.

Is it really that simple?

Of course not. Many factors contribute to suspense in a story, not the least of which is great writing. And undoubtedly, there are other circumstances and conditions that can create suspense in space. I am confident that the more you read, the more you’ll find—and I hope you find a lot.

C.J. Hall is a free-spirited novelist searching for home. After a 21-year career in federal civil service and raising her only child, she succumbed to wanderlust and her passion for writing. Now she writes full time, chasing her dreams and warm weather. She is currently based in Texas and lives with her canine companion, Crash, whose internal dialogue is probably much more exciting than her own. Check out her new book, a dystopian science fiction work titled Evolving Elizah: Initiatum, at cj-hall.com, and connect with her on Facebook and Instagram @CJHallWrites. 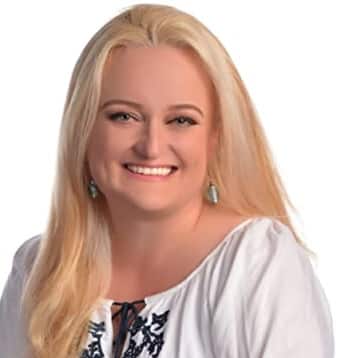