Melanie Golding’s sophomore novel is like her first, Little Darlings, an unconventional blend of psychological thriller, police mystery and mythology. The intuitive young detective from the first novel, DS Joanna Harper, also makes a welcome return as the detective in charge of this case.

In the novel’s opening scene, a small girl is found alone on the street of a small seaside town of Cleethorpes on the English east coast. The police are called, but shortly afterwards a relieved woman appears claiming to be the child’s mother. She tells them the child ran away when her back was turned and she’s been looking for her everywhere. Since the little girl clearly knows her, she is eventually allowed to take her and leave, without the police realising she is not the little girl’s mother.

In Sheffield, DS Joanna Harper has been called to an apartment where a man called Gregor Franks has been found floating in an overflowing bath, beaten and close to death. She discovers a child’s cot, clothes and toys in the apartment, but the neighbours have never been aware of anyone else ever living in the apartment. Why would Gregor keep it a secret?

As she’s leaving the scene of the crime, Joanna notices that her estranged sister Ruby’s flat is in the building opposite. She hasn’t heard from Ruby for quite a while as she isn’t answering her phone and wonders how she’s doing. A talented violinist, she loves her job at a music school and, the last time she spoke to Joanna, mentioned making some new friends, so Joanna hopes she is happy.

Nothing is as it seems on the surface of this novel. Relationships are more complex than they appear and at the centre is one frightened woman who only wants to return to her home and her clan while keeping her daughter safe. A central theme of the novel is the enduring bond between mothers and their children. There are several different types of mothers in this novel, with different relationships to their children, but all of them would do whatever it takes to protect their child.

The events leading up to Gregor’s near death and the search for those involved is told from a range of viewpoints, giving insight into the thoughts and actions of the main characters. A slow boiler of a mystery, stratling revelations are gradually released as all the pieces start to slot together. At times the mood of the novel is atmospheric and almost dark with the wild and restless ocean playing a major role. The folk-lore element of the plot blends in superbly with the modern day mystery, resulting in immersive and engrossing read. Highly recommended for readers who enjoy an unusual element in their crime novels.

With thanks to Crooked Lane Books and NetGalley for a copy to read. Expected publication November 9, 2021.

The Hidden is available at:
Amazon
Books-a-million 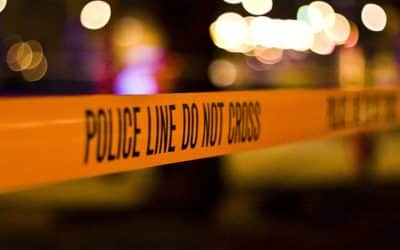