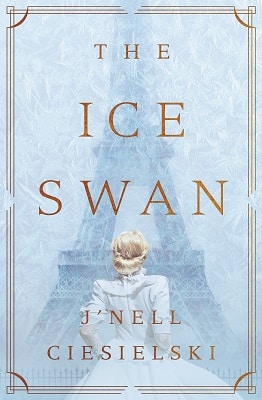 Russia, October 1917. As Petrograd is raging with Revolution, nobles are fleeing the city, among them Princess Svetlana Dalsky with her family.

France, 1918. Edwynn MacCallan is a medical officer at English hospital in Paris. He is a second son of Duke of Kilbride. Since his brother will inherit the estate, he finds a profession where he can feel useful. Fascinated with the groundbreaking research and techniques being developed in Germany, he seeks the best treatments for his patients. And that means if a patient is in his hands and he has seconds to make a decision, he may apply the newest advances in medicine without having time to consult with his superior. And that may put him under questioning and jeopardize his career.

In Paris, Svetlana as a Russian emigre has to be careful who she can trust. When her cut leg needs tending, Dr. MacCallan pays attention not only to her wound, but also to her beauty and mannerism which suggest she comes from aristocracy.

She doesn’t find anything treasonous in his eyes; only kindness and understanding. But can she trust him? It is safer to trust no one as her family is hunted simply for being nobility. Stripped away from all their privileges, they live in the same hard conditions as all emigres do. It’s not only food that is scarce, but also shelter. They have to make themselves as discrete as possible until the revolutionaries are defeated in Russia.

But the doctor cannot forget a young woman with pale blue eyes.

There is another complication. White Bear serves as relaxation place for Russian nobles in Paris. Svetlana’s mother sits at a gaming table. She gambles without having money to cover now her debt. And debt needs to be paid. Svetlana becomes a pawn. Once ballerina in Russia, now she needs to put her dancing skills and herself on display at the White Bear to pay the debt.

Her story brings interesting aspect of White emigres – nobles of the imperial court of Tsar Nicholas who escape the Russian Revolution. Stripped of their privileges, they try to find some way of normalcy in a new place. And one of those places is White Bear, where privileges are upheld, but debts are made creating new problems. His story brings interesting groundbreaking medical procedures of the time. Together, creating a fascinating story with absorbing characters.

The Ice Swan is written with beautiful prose and an engaging dialogue, combined with an atmosphere of suspense created by underlying mystery and intrigue. The deftly plotted story with lush descriptions takes time with revealing the plot.