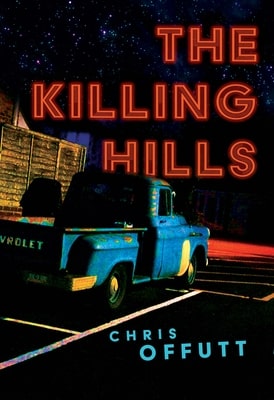 For some time now, I have been quite fond of the genre often identified as “Southern Lit,” “Grit Lit,” “Country Noir,” or “Rural Noir.” In reading these novels, I have noticed there are several common aspects often contained in such writing.

These aspects include wonderfully descriptive narratives of the environmental surroundings, which includes everything from localized flora and fauna to that of roadways and homesteads. Further aspects include food and eateries and of course, detailed descriptions of citizens, both in current and historical ways.

One last aspect is of how Southern writers are so adept at stringing their words together in such a careful and artisan way that makes the writing seem so complete and instinctive. Words are not used in excess, with the chosen ones often reductionist in nature, but at the same time, so descriptive of environment, people, time, and place. Surely, these writers would disagree words come so easily, but that is what makes the writing of the great ones so enjoyable – the words come together in such a natural melding and seamless way that the interlocking of words appear so naturally formed and as if by magic.

Chris Offutt’s The Killing Hills, except for the food part, certainly meets all of these aspects and more. His writing gently places the reader into the presence of the lands and people he describes. While reading his novel, one can easily hear the crackling of gravel roads beneath vehicle tires or the slapping of tree branches and weeds against the exterior body as these same vehicles travel over narrow dirt roads and through hollow paths. It is even easy for the mind’s eye to imagine seeing the broken shadows of leaves cast upon the windshields of moving vehicles while being driven beneath the canopy of tree lined roads.

The Killing Hills opens with the discovery of a woman’s corpse by an elderly, retired school janitor searching for ginseng in the hills of Kentucky. Sheriff Linda Hardin is tasked with investigating the murder of Nonnie Johnson and how her body came to be in the Kentucky woods. Quickly on, it is made clear to her powerful figures in the county feel she is not up to the task to complete this investigation. Because these same people appear to have other unstated ulterior motives, she enlists the help of her brother Mick Hardin. Not long before the murder, Mick Hardin, an army criminal investigator based in Germany, had abruptly returned to his hometown for personal reasons. He at first reluctantly agrees to help his sister, but is soon drawn completely into the investigation.

As Mick Hardin burrows deeper into the murder investigation, he finds not only must he deal with others that may not want the murder correctly solved, but is also reminded of the importance of the mores and traditions of rural folks. This includes how history and past offenses linger for generations and should never be forgotten and how those with long memories can be both helpful and dangerous.

With The Killing Hills, Chris Offutt has spun a tale with lush writing, complete character development, and no need to suspend belief in order to enjoy the story, plots, and writing.

Readers who enjoy the current crop of Southern writers are encouraged to add Chris Offutt to that list and should also read his other writings, especially his previous novel, Country Dark.

NetGalley provided a copy of this novel for the promise of a fair review.