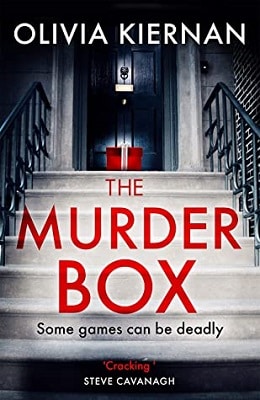 On the day before her birthday DCS Frankie Sheehan, of the Irish Gardaí’s Bureau for Serious Crime, receives an unusual, anonymous gift. A Murder Box mystery game containing forensic clues to the hypothetical murder of a young woman with the initials LC, including an authentic looking post-mortem report.

The instructions in the box invite her to play the game on a website and share her findings with the other amateur sleuths taking part.

Frankie and her team are already under pressure investigating the disappearance of popular TV identity Teddy Dolan. Teddy disappeared without a trace a month ago and so far there have been no leads as to what happened to him. Teddy happens to be the nephew of Frankie’s Commissioner, which explains why the investigation hasn’t been trimmed back yet due to budget constraints. Teddy’s wife, the media and the Commissioner are all becoming frustrated with Frankie’s lack of progress. Although they definitely don’t have the time to play games, Frankie and her partner, Baz start to follow the clues in the Murder Box as a welcome distraction from their high-profile case that’s going nowhere.

However, when a young woman, Lydia Callin, is reported missing, Frankie notices similarities between her case and the clues in the Murder Box that can’t be coincidental, and she realises the game is more than just a party game. It is in fact a deadly game that she must play to its conclusion to find the killer, in the process become part of the game herself. It doesn’t help that the game website has a clock chillingly counting down the time left to play. Frankie tries hard not to think about what will happen if she doesn’t beat the clock and solve the case, but is sure it won’t be anything good.

Although this is the fourth book in this series featuring Frankie Sheehan, it works very well as a stand-alone novel. The plot is fresh and novel and moves along at a brisk pace. Frankie is a clever and hard-working detective, but it will take all her skills and those of her team to work out who is pulling the strings behind the scenes and what has motivated them to set up this bizarre game. At the same time continuing to prioritise their investigation into Teddy’s disappearance. There is a cast of fellow game players for Frankie to investigate and plenty of red herrings along the way. It’s certainly not a mystery where the perpetrator is obvious and their identity was just as much as a surprise to this reader as to the police.

This clever and original, tightly written thriller makes for a gripping and engrossing read as the designer of the murder game stays one step ahead of the police until the shocking and suspenseful ending. Highly recommended for anyone who enjoys a really good thriller.

With many thanks to Quercus and Netgalley for a copy to read. Expected publication July 22,  2021. 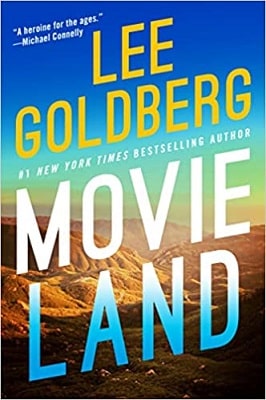