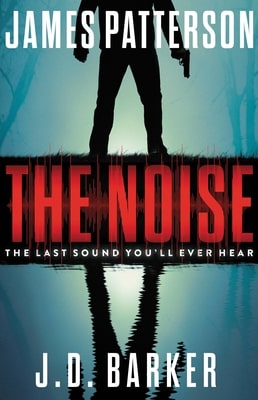 I have enjoyed the few collaborative efforts by James Patterson and J.D. Barker, which offer a scintillating look into horror thrillers with a unique twist. Mixing their two styles, the authors have come up with a page-turner here, keeping the reader on their toes throughout.

A rural community in Oregon soon turns to panic, leaving two young girls to flee for the family’s underground bunker as a piercing noise permeates their surroundings. The elder child appears unharmed, but her little sister begins spouting gibberish and acting in a highly troublesome manner. Soon, a handful of scientists are herded aboard a military chopper and sent to the area, in hopes of better understanding what’s taken place. However, it is baffling to everyone and there seems neither rhyme nor reason for any of it. Many have died and appear to be piled in large crevasses, while those who are alive have fevers like no other. What’s happened and who or what is responsible for all this. One doctor vows to get answers, even if the government seeks to cover it up from the public.

Things are quiet in a rural mountain Oregon for Tennant and Sophie Riggin, who have lived off the grid for their entire lives. However, all this soon changes when an odd vibration emanates from the forest and their father rushes the girls into a bunker. The piercing noise escalates, leaving Tennant worried and Sophie acting strangely. The younger sister, all of eight, begins spouting odd phrases and complaining of severe pain in her ears. Tennant can only hope to protect her sister until all of this passes.

Soon after the baffling incident in around Mount Hood, military officials begin gathering top-ranked scientists and medical professionals to help assess the damage and fallout. This includes, Dr. Martha Chan, a medical doctor, who is as confused as ever about why she was chosen for this mission. What Chan and the others witness is baffling and highly unusual: massive crevasses in the ground, many bodies piled up, as well as destruction of the earth like nothing seen or predicted. What’s even more troubling is the top-secret nature of the event, where military officials will not even allow those viewing the fallout to converse with one another.

After Chan and the others are permitted on the ground, it’s discovered that many of those who are alive have fevers that are off the charts, climbing into the 104 degree Fahrenheit range. This includes young Sophie Riggin, who continues to spout odd phrases, one of which can be traced back to a dead language used in the Bible. Might this be some sort of End of Times event? If not, could an enemy nation be testing a new weapon? Military officials scramble for answers and try to brief the president with what they know.

As Tennant remains unharmed, Dr. Chan is unsure what’s kept her safe and how Sophie could be so affected. Chan will do all she can to get answers, even if that means defying the orders of military personnel. Something is behind this noise and Chan will not rest until she gets answers, sure that someone is not telling the truth. The larger question remains, when the truth is discovered, how will the US Administration handle it and what message will there broadcast to the world? A chilling story that will sober many readers into wondering what could happen right under their noses.

Many will know that I have a love/hate relationship with the works of James Patterson, depending on the series collaborators. Those who don’t can find my comments elsewhere, as I wish to focus on the collaborative efforts that Patterson has with J.D. Barker. This is a duo that has worked from the outset, combining their individual skills to create something really enticing and easy to read. While the novels may be longer than many Patterson fans have come to expect, they are always filled with twists and narrative nuggets that push them to the top of the genre. Psychological thrillers are hard to perfect, as the reader must commit fully, but Patterson and Barker make that easy with the caliber of their work.

The numerous narratives make it difficult to choose a single protagonist, though the authors have highlighted a few characters to assume the role, namely Tennant and Martha Chan. While they come from completely different backgrounds, both seek the same thing, to get answers and to help Sophie. The collaborative efforts both make throughout the story make them targets for the military and political actors, but this only adds to their development. Many readers will likely affix themselves to at least one of these leading ladies, if only to get to the core of the plot.

The authors have done well to craft a collection of supporting characters who use individual agendas to clash with the aforementioned protagonists. Many serve within the US Administration, trying to uncover and then whitewash what’s happened in Oregon. This tension works well throughout the novel, pushing the reader to see how good and evil (or at least curiosity and pragmatic secret keeping) butt heads throughout. The description of some other supporting characters helps to show the dire straits in which this segment of the population has found itself, something that resonates throughout for the attentive reader.

The goal I suspect authors strive for in standalone novels is to allow each to succeed on their own merits. While James Patterson’s books have often been given a ‘cookie cutter plot’ label, his work alongside J.D. Barker makes these novels stand out as being some of the best, with no prediction where things will go. The narrative, told through the eyes of many, is strong and builds constantly, while the characters are varied enough to be of interest to the reader. The plot is anything but linear and gains momentum in all the right spots. Short chapters push things along and keep the reader from getting too bogged down in minutiae. I am always pleased to see collaborative efforts between these two international bestselling authors, as I see it brings out the best in them both. One can only hope there are more novels, series or standalone, to come.

Kudos, Messrs. Patterson and Barker,  for another winning recipe when it comes to thrill writing. I hope many of your respective fans will rush to get this book, as it checks all the boxes.