“The family coil so twisted, tight and loose

anyone trying to leave

has to strafe the field

burn the premises down”

Helen Cooper’s sophomore novel is a thriller composed of three parallel story lines, which don’t come together until the very last chapters. A brilliant interweaving of plots, where the reader will think they know the connection but are left stupefied that they were wrong on most accounts.

We first meet Joanna Greenfield, a school counselor at the University of Derby in England. Her 16 year relationship with Luke has just ended, and she is struggling when she meets Callum Foley, a bartender at the pub she frequents. They begin to date casually, as she is not ready for more. But when she receives a phone call from the local hospital, that Callum has been in a terrible accident and has put her name as next of kin, it surprises her as they have only gone on one date!

Confused and suspicious, she goes to the hospital where he is in ICU after a car ran him down in the street. She is also struggling with the attempted suicide of a student she felt responsible for. On the verge of an anxiety attack, she struggles with guilt and feeling like she should not be the one there when she wakes up.

As Callum wakes up, the dr. suggests that Callum should stay with Joanna as he will need help his first few days. She is not happy but feels compelled to have him stay with her. She soon finds out that he is not who he says he is, and when pressed for answers, she knows he is lying. Who is Callum Foley and why has he pursued her? And why is Luke, her ex, asking to talk to her?

We then meet Leah Hannell, arriving by ferry to Lake Garda, Italy, where her sister, Charlotte and her family own Il Mandarino, an exclusive resort on the lake. She has not been to Il Mandarino since her 21-year-old niece, Amy, drowned in a mysterious incident several months before. Amy’s death was deemed an accident but when Leah arrives, she is surprised to see that all memories of Amy, including pictures, have been removed and no one in the family wants to discuss her death. We are also taken by flashbacks back to Amy and the day and night of her death. After Leah asks questions about what happened the night Amy died, she is immediately shut down by Gordon, her brother-in-law, and Olivia, her other niece. What are they hiding? Why is Leah getting notes in her room warning her to stop asking questions?

The flashbacks to Amy’s last day on the island, her crush on the mysterious bartender, Nate, and her last interactions with her sister Olivia bring more questions to her death. They paint a picture of a young woman trapped by the expectations of her family, and planning her escape off the island. These chapters are chilling in their finality, knowing how hard she tried to escape the restrictions of Il Mandarino. When Leah searches out Francesca, whom Amy was on her way to see that night, Francesca gives her a sim card with a chilling voicemail from Amy that turns everything upside down.

I was completely addicted to The Other Guest about two chapters in. I was eager to know how Leah Harnell and Johanna Greenfield connect, and they completely drew me to their stories, wondering what the factor was that would bring them together. This novel as thriller as mystery is absolutely ingenious with themes of wealth, loyalty, lies, and keeping up appearances. The prose is gorgeous, as is the setting of Lake Garda and the descriptions of the Il Mandarino resort (a whole other character), with lush trees, little walkways, and exclusive villas. The last two chapters will keep you riveted as you finally learn what happened to Amy, and it’s not what you think!

The Other Guest is available at:
Amazon 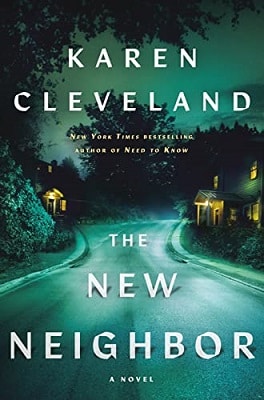 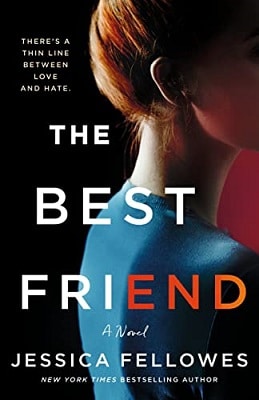