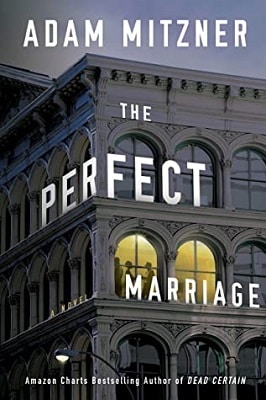 Murder committed in the name of love tests loyalties and creates suspicions and there is no escape from the consequences.

James and Jessica Sommers are celebrating their first anniversary together. Both of them believe it is true love, as they met each other when they were married to other people. James was married to Haley, who is bitter and vengeful in her jealousy. Jessica, previously married to Wayne, who is accepting of her affair, cordial but vulnerable in his jealousy. Unfortunately, the Sommers’ wedded bliss doesn’t last much longer than their first anniversary.

Then there is Owen, now 17 and navigating his Father’s quiet world and his new stepfather’s flashy existence. Having survived Leukemia once, he is now sick again and insurance will not cover his treatment. While his new stepfather boasts of being wealthy, it is all a delicate facade. When James is approached by an old business acquaintance, to make some money on unfinished Jackson Pollock prints, he realizes he could pay for Owen’s entire treatment if he enters the somewhat corrupt but very profitable transaction. Unfortunately, the deal is not what it seems and their life takes a very sad turn.

The Perfect Marriage is told from multiple points of view; Jessica, Owen, Haley, Reid, the detective and Wayne, the ex-husband hoping for another chance. These characters are not perfect. In fact, they are deeply flawed, their voices unreliable. But this is what pulls the reader into this mystery. You can almost hear the author telling you to pay attention or you will miss something. The usual suspects, such as Haley, the very bitter ex-wife of James Sommer, and Reid, the unscrupulous business partner, draw attention as the anti-protagonists. Mitzner entertains the reader in by presenting a plot that begins as one story and develops into something completely different – a story about a perfect marriage that turns into a murder mystery.

For fans of thrillers and police procedurals, The Perfect Marriage is an amazing book. But it’s also a commentary on how things are perceived and what they really turn out to be. It is fast-paced and a complete page turner. Every voice you hear is questionable, and the reader will not see the twist at the end coming. The Perfect Marriage is the first book I have read by Adam Mitzner, and I look forward to reading more!