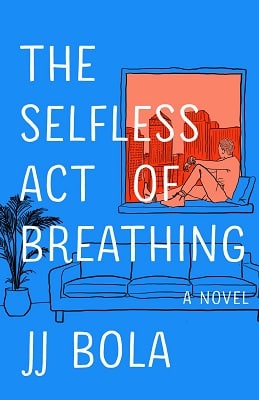 The Selfless Act of Breathing

A lyrically beautiful written journey on contemplating a failure at self-actualization. Michael Kabongo is a British-Congolese inner-city teacher living in London. Although he appears beloved by his students and co-workers, and is the pride and joy of his immigrant mother, he is plagued by a sense of hopelessness.

Michael is overwhelmed and feels impotent to the suffering and injustices that surrounds him. Whether it be the violence and brutality that engulfs black men, refugees, and women in general, or the inability to make a meaningful change in the life of his students. He is also haunted by memories of his father’s mysterious violent death and its repercussions growing up without him. Michael’s escalating sense of dread, despair, and depression is stagnating his life and relationships and resulting in overwhelming pain and angst. His solution involves quitting his job, emptying his bank account, and fleeing to America—the mythical “land of the free.” He contemplates a spontaneous journey across America, with new friends and faces and adventures and possible loves.

His journey starts out with his racing to make a flight to San Francisco from London. From there, the tale alternates between London (told in first person) and his journey across America (told in third person); incrementally unfolding are his thoughts and motivations. At the end of each America chapter readers see his dwindling bank account remnant. Michael expects when his money is exhausted, so will be his life—anticipating his ultimate death.

J.J. Bola crafts a lyrical narrative whose prose frequently drifts into the poetic. The reader frequently will stop and re-read passages to enjoy the eloquent prose and message. The extremely descriptive prose effortlessly entraps the reader in the emotional narrative and the unexpected denouement. Bola explores a heady mix of themes: racism, gender bias, violence, relationships, friendships, and love.

Thanks to NetGalley and Atria Books for providing an Uncorrected Proof in exchange for an honest review.

The Selfless Act of Breathing available at:
Amazon