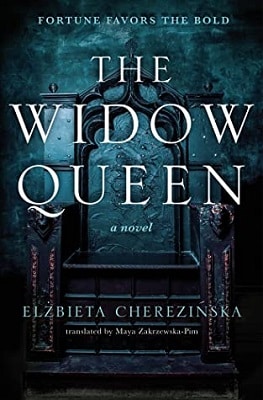 Poland, 984. Duke Mieszko I unites the lands, thus giving the birth to the first ruling dynasty of Poland namely Piast. His oldest son and heir, Boleslaw, wishes to continue his father’s legacy as the first ruler of a united Poland. His daughters are to seal a peace and alliances through marriages as daughters are meant to.

West of Poland. Sevn, the Duke of Denmark is eager to take the rein of Denmark from his father as he sees his father unfit of ruling anymore. To prove his worth to his father, he needs to stand against the current ruler of Norway. And in doing so he needs help by new alliances. He asks Mieszko to marry Swietoslawa, but the pagan duke is refused.

East of Poland. Olav, an exiled heir of Norway, is being kindly hosted in the lands of Prince Vladimir of Rus, who wants Mieszko burned. However, alliances shift all the time. If you don’t tread the waters carefully, you may undercut your own throat. As Olav makes his way back to Norway to reclaim the Norwegian throne, he crashes at the Polish shores. And he needs alliances and a fleet to defeat those currently ruling over Norway.

North of Poland. King Eric of Sweden offers an alliance with Mieszko by marrying his daughter – only Sweitoslawa, no other, as she is already a legend. “The one with hair like amber, eyes like a wildcat, and a tongue as sharp as a knife.” In exchange, the King of Sweden will attack Denmark and destroy the ring of enemies around western borders of Poland.

South of Poland. Mieszko fights his old brother-in-law, the prince of Czechs.

Swietoslawa’s husband is much older. And while still alive, she is warned of his out-of-wedlock children. She needs to protect her son and what is rightfully his. It is never too early to start scheming.

This story alternates mainly among six characters, four children of Mieszko and Sven of Denmark and Olav of Norway. Ultimately, The Widow Queen is rich in its cast of historical figures and historical events, including Christian and pagan customs, and calculated alliances where feelings have no place. If there is no gain in remaining in an alliance, then what’s the point of staying in one?

The Widow Queen is a vividly imagined novel with ruthless historical figures shaping the map of 10th Century Europe.