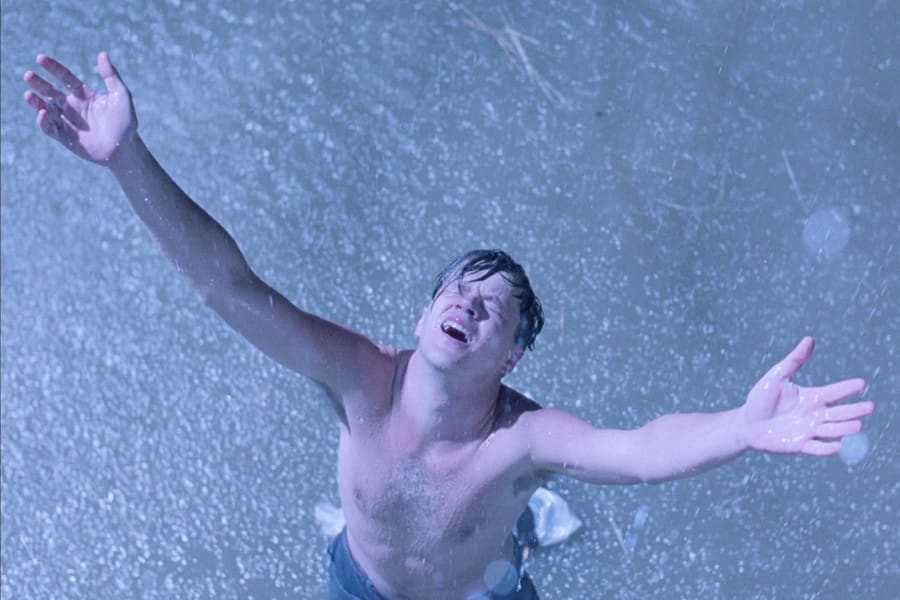 No, it’s not that they’re all famous white writers – well, not just that – they all started their professional careers writing short stories. And in some cases, they were making such a good living from selling them, they very nearly didn’t get around to writing that debut novel at all.

After selling a couple of short stories while studying at Maine University in the late sixties, Stephen King got his first taste of early success when he sold the short story Graveyard Shift to Cavalier magazine in 1970. He was paid $200 ($1,365 today) for a story that it took him one afternoon to complete. Not a bad hourly rate.

Over the next few years he came to rely on the regular $200 payments. They supplemented his high school teacher wage, and paid for his infant children’s orthodontic treatment. You can see how it would be a risk to give that up to focus on a novel that may or may not be published, and may or may not sell. King clearly struggled – his wife Tabbie famously fished the first few chapters of Carrie out of the wastepaper basket – but as we will come to see, he never let go of the art of writing short stories, and found much of his future success through this underrated medium.

Writers rarely spend their careers in short fiction, the format often being seen as a necessary steppingstone to the novel, surely the Holy Grail for all writers, the word ‘novelist’ synonymous with the word ‘writer’ itself. Short fiction won’t make you rich or gain you the kind of literary plaudits you desire as a writer, but the low investment of time vs. reward, means you’ll be able to fit it around your teaching job, and the money will help buy your kids braces.

However, that’s not entirely true. The short story format has also helped produce some of the greatest characters, and some of the best stories ever told, and in more cases than you might think, has brought the writers those literary plaudits they so often desired.

Sticking with Steven King, another question, which of his literary to screen adaptations has been the most successful? No, not The Shining or Misery, it’s the 1982 short story Rita Hayworth and Shawshank Redemption, which of course dropped the name of the starlet for its 1994 film adaptation, directed by Frank Darabont and staring Tim Robbins, and kick-starting Morgan Freeman’s career.

The film was something of a slow burner, just about making its $25m budget back at the domestic box office, but since its release on video in September 1994, the film’s reputation gathered in momentum and today it sits at number 1 in the IMDB user rated top 250 movies, ahead of The Godfather, The Godfather Part II, and 12 Angry Men. Making it one of the most popular movies ever made.

Short stories have remained a key part of King’s output across his whole career, and their subject matter has nearly always remained within the confines of the real-world thriller, relying on human emotions for their impact, and rarely straying into the supernatural that has defined much of his body of work. From that same 1982 short story collection Different Seasons is The Body, better known for its 1986 film adaptation Stand by Me, directed by Rob Reiner and staring River Phoenix in his breakthrough role; and Apt Pupil, which also made it to the screen in 1998, directed by a pre-XMen Bryan Singer.

Heading back into the Victoria age, and gothic horror is the home to some of the world’s greatest characters. More than you think have come from short stories. Who is Robert Louis Stephenson’s most famous character? Long John Silver, nope, Dr Jekyll (and Mr Hyde), who first featured in the short novel The Strange Case of Dr Jekyll and Mr Hyde, first published as a penny dreadful in January 1886. The short format meant the story was read by people that didn’t (or couldn’t afford to) read novels. The everyday working man and woman, the real audience, where the real numbers were, who liked simple, bold stories with strong, easy to grasp premises. Within six months, the book had sold 40,000 copies in the US alone.

The success of the serialization of Dickens’ novels, beginning with his first, The Pickwick Papers in 1836, gave rise to most novels being serialized, not unlike Line of Duty today, eeked out over six or seven episodes, building expectation with the audience, providing them with something to talk about around the cotton loom. So why not offer standalone stories too? Particularly those that had that simple, bold premise. A great story told succinctly.

As you might imagine, Jekyll and Hyde feature in the list of most adapted characters of all time. In at number three, one place ahead of Dracula, and one place behind Frankenstein’s Monster. And who tops that list? Sherlock Holmes. Arthur Conan Doyle may have started Holmes’ literary adventures via two novels: A Study in Scarlet (1886) and The Sign of the Four (1890), but it was via the more accessible short stories in The Strand Magazine, first published in 1891, that Doyle and Holmes found the level of success that we know of them today.

The short story format leant itself very well to each of Holmes’ strange cases, and the series of 38 published via Strand reached its peak with the serialization of The Hound of the Baskervilles between 1901 and 1902 (after Doyle had killed Holmes off eight years earlier), punters queuing around the block to get their hands on the next weekly instalment. It is unlikely that Holmes would be as popular as he is today were it not for the short accessible format of his stories. People could buy one edition, or all of them, and it didn’t matter if they missed a week, because there wasn’t a through story that drew them all together. All we needed to know was that Holmes and Watson solved the case, and moved on to the next one.

Another crime writer who featured their work in Strand was Agatha Christie, who not unlike Doyle, used the magazine to serialize Poirot’s Labours of Hercules collection between 1939 and 1947. It was no small coincidence that the stories covered the years of the Second World War, and the twelve cases – which mirrored the twelve labors of the Greek hero Heracles (or Hercules in the Roman) – were intended as the last of Poirot’s career, synching his adventures alongside those of the victorious allied forces, leading to his retirement. Although Christie’s last exploit for her most famous creation came in the aptly named Curtain: Poirot’s Last Case, published in 1975, some 28 years after the Twelve Labours, what Christie clearly understood was the power of the serialization in order to count down Poirot’s adventures, using the short story format to build tension, suspense and drama for the devoted audience.

Tension, suspense and drama are of course the key traits of the thriller, which is why the genre lends itself so well to the short story format. But there is also a purity to the simplicity of the short story that allows the focus to fall on one solitary idea, rather than muddy it with the necessary depth of study required in a novel. Which is also why so many short stories lend themselves so well to film adaptation. They are easy to pitch to financiers, and then easy to sell to audiences. For example: a formerly law-abiding banker, falsely imprisoned, is forced to break the law in order to find his own redemption.

The simplicity of the short story also means that morals can be easily attached. Surely The Bible is just a large collection of short stories, and Adam and Eve’s expulsion from Paradise, and Cain’s subsequent murder of Abel, are two of the first thriller short stories. They both consist of a very simple idea, delivered to make a point. And both stories certainly pack a punch.

Despite brevity being such a key part of its existence, in the right hands, the short story is also the place for experimentation with format and ideas. In her 1983 short story Happy Endings, Margaret Atwood offers various different paths that a relationship can take all within the confines of the same story. In her 1979 collection The Bloody Chamber, Angela Carter offers an updated second wave of feminism perspective on classic fairy tales, with the Little Red Riding Hood retelling The Company of Wolves adapted into the much-lauded film by Neil Jordan in 1984.

Just as we began, let’s end on a question. What is it that makes a good short story? The answer, well anything really, it’s all about the way the story is delivered. Much like telling a joke, thriller short stories are often structured like anecdotes, with a set-up, a complication, and a pay-off, or a punchline. The shorter the story, the more this is necessary, with many losing any power because they fail to deliver that short, sharp punch. That is not to say that they need a Sixth Sense style twist to work, a good short story just needs to make its impact felt in the most economical way, if it is going to be truly successful; and perhaps more importantly, if it’s going to be picked up by Hollywood and become the most popular film of all time.

Of course, Stephen King had no idea that Rita Hayworth and Shawshank Redemption was going to be so popular when he first came up with it, but none of the success he found through that story, or his whole career, would have been possible had he not sat down in the university offices one day and written Graveyard Shift. Everything that subsequently happened to him was because of that short story. Which is not bad for an afternoon’s work, is it?

Anson Hunter is the pen name for Tom Boniface-Webb. ‘Blackbird, and 11 other dark stories’ is his first book of short stories, it is available now on Amazon. Under his other name, Tom has published many books on music including ‘I Was Britpopped: the A-Z of Britpop’ and the ‘Modern Music Masters’ series. He is also a filmmaker and has shown his films at festivals all around the world. He lives in Wellington, New Zealand with his wife and two daughters. 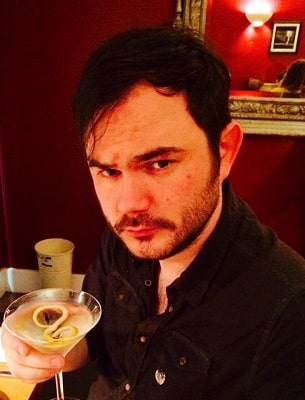