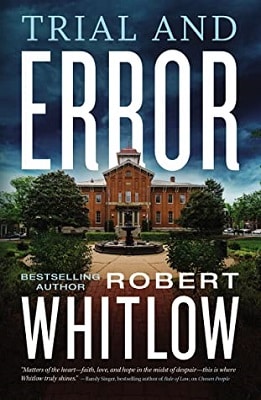 Buddy Smith is a successful attorney in Milton County, Georgia, an exurb of Atlanta. For 17 years Buddy has been searching for his daughter Elise, whose unmarried teenage mother fled with the baby right after she was born. Buddy was still in high school at the time, but was ready to take responsibility, and he thinks about Elise every day. For this reason Buddy often helps other people with missing children.

A case of parental child abduction is referred to Buddy by his high school friend Gracie Blaylock, who’s now the Milton County Clerk of Court. The missing child’s distraught mother, Sue Ellen Ford, tells Buddy her husband Jackie said he was taking their 3-year-old son Jackie Jr. to visit his grandmother in Tennessee. But Jackie never arrived at grandma’s house, and he’s now disappeared with the boy. Sue Ellen admits her marriage is troubled and her husband has no interest in their 6-year-old daughter Emily. Jackie adores his son though, and Sue Ellen is sure he kidnapped the child and plans to raise him in a survivalist camp in another state.

Gracie Blaylock also enlists Buddy’s help for another problem. Seventeen-year-old Reagan Landry, who plays on the fast-pitch softball team Gracie coaches, has run away from home. Buddy knows runaway teenage girls can fall into dangerous situations and he wants to help, but this incident needs a detective, not a lawyer.

Buddy consults Milton County police detective Mayleah Harkness, a Native American from Oklahoma who specializes in cases involving children. Mayleah offers to assist in finding both Jackie Jr. and Reagan, and she and Buddy work together and occasionally confer over lunch. This makes Gracie envious, because she’s had a secret crush on Buddy since high school.

For the case of Jackie Jr., Buddy has to get a judge to award full custody of the boy to his mother Sue Ellen, and Mayleah has to locate the boy and get police assistance to retrieve him. The judicial and police procedures involved in this plan form an interesting thread of the story.

Finding teenage runaway Reagan is a different problem. Mayleah suspects Reagan was lured away by a ‘friend’ she met online, and formulates a scheme to find the fugitive. This involves Mayleah and Gracie posing as teens on social media, to lure the predator into contacting them. It’s interesting to see how this plays out.

We also observe the private lives of the protagonists. Buddy finds information that helps him search for his daughter and worries about his widowed mother, who’s dating an arrogant visiting judge; Gracie enjoys coaching the girls’ softball team and – prodded by her mother and sister – signs on to a Christian dating site; and Mayleah has discussions with her ex-husband, who wants to get back together. This is a Christian suspense novel with a strong religious bent, and many of the characters pray frequently and ask for God’s help.

As the story approaches a climax, the search for the missing children and the personal lives of the characters come together in surprising ways. Though this is a novel, it’s enlightening to see how the characters deal with real world problems like child abduction and online predators.