An evocative noir crime mystery in the style of the best pulp fiction set in the historically accurate Mexico City of 1971, during the heinous time of the “Dirty War.”

The lives of two quixotic protagonists collide with life altering consequences. An immersive tale of revolution, intrigue, and romance unfolds in the midst of political upheaval, along with adoration for rock music, and burgeoning counterculture, and hippie movements.

Elvis, a twenty-one-year-old loaner, joins the “Hawks” out of boredom and the need for “something to do.” He is immediately impressed and envious of the mystique surrounding El Mago, the leader of his cell. Elvis is obsessed with music and daily assigns himself to learn “a word a day.”

The Hawks, under the covert ownership of the repressive government, have been recruited from ex-cops, ex-military, and even juvenile delinquents. The main requirement being the ability to “blend in” with students and inform on the activities of the multitude of these dissidents. They’re basically thugs, hired to do the dirty-work of the government, who can then profess plausible deniability.

Elvis and the other Hawks infiltrate the marching protestors during the day of the Corpus Christi festival (June 10, 1971). What ensues is a scene out of the best of “grindhouse cinema,” a chaotic scene, starting with indiscriminate beatings of protestors and any apparent photographer or journalist, with the culmination of eventual gunfire and ultimate slaying of 120 innocents. During the melee, his only friend is critically injured. Growing unrest and student activism, along with demand for greater civil rights, leads to the government’s indiscriminate use of force. This event was termed the Corpus Christi Massacre and ushered in the repressive decade of torture, beatings, murder, and disappearances known as the “The Dirty War.” It was said that the CIA also had a hand in this, both training and financial.

Next, we’re introduced to the second focal protagonist, Maite, a thirty-year-old legal secretary, bored with her tedious job, who peruses the want-ads, which never results in a follow-up phone call. She is constantly reminded of her failures and frailties by her verbally abusive mother. Why can’t she be more like her older and more successful, married sister, who already has babies? We find her dreading her upcoming thirtieth birthday, when she officially becomes an “old maid.” She laments that she is not pretty, but rather plain and lacks an upcoming date, let alone a husband. She escapes her inner conflicts and “shortcomings” as well as the surrounding political upheaval and uncertainty through her record collection and romance comics and magazines. The pinnacle of her day involves the search for the latest copy of her beloved “Secret Romance” enthralled with the stories of passion and danger.

There is a knock on the door. Maite opens it to find the young, beautiful, and carefree art student, Leonora, who lives across the hallway. She has heard that Maite occasionally will pet-sit for neighbors and pleads for her to care for her cat “for a couple of days, at most.” Maite agrees, while inwardly considering her beautiful green eyes and chestnut hair, and her probable stable of boyfriends. Leonora will mysteriously disappear with a subsequent plethora of people searching for her whereabouts. Elvis is ecstatic when El Mago assigns him an extremely important mission. He needs to search for the missing Leonora and retrieve an important cache of photographs in her possession (the contents of which he cannot disclose).

The search leads him to the doorstep of Maite, and thereafter their lives become juxtaposed. Finally, Maite’s life will approximate the lives of the heroines of her beloved romance comics.

Silvia Moreno-Garcia proves to be a masterful storyteller as she weaves an intricate plot with many moving parts and a cast of colorful and quixotic characters. Utilizing evocative prose, the tension and intrigue escalates among the volatile backdrop of Mexico City. Multiple secrets will unfold with unexpected consequences building to an explosive denouement. Parts will be played by not only Maite and Elvis, but also, secret police, undercover KGB operatives, quasi-governmental thugs and enforcers, and even artists, activists, journalists, and photographers. Percolating in the background of the adoration of rock music and counterculture movement is the possibility of a mole in the activist organization known as Asterisk. A trail of breadcrumbs will uncover the significance of this cache of photographs.

Thanks to NetGalley and Random House Group – Ballantine books for providing an Uncorrected Proof in exchange for an honest review. 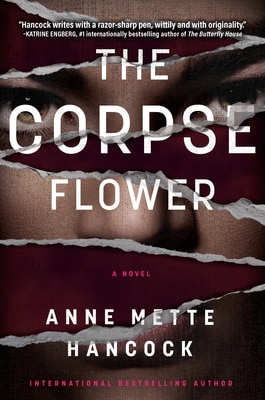