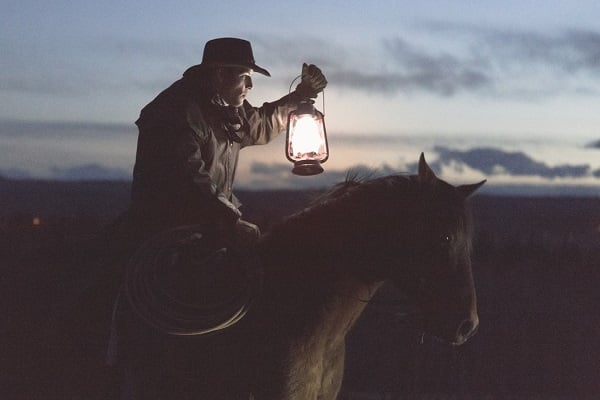 Five films that are both Westerns and thrillers

Picture this: Two years after the close of the Civil War a stagecoach rattles into a dusty frontier town somewhere in the Dakota Territory. A woman disembarks. She wears the unrelieved black of deep mourning, her face hidden beneath a black veil. In her valise is a Bible, a bottle of strychnine and a Colt Navy Revolver.

The woman’s name is Celia Rye. She has business in this town. When her business is concluded four men will be dead.

Thriller or Western? In this case it could be either. Or both.

We think of thrillers as being set in foreign cities, East Berlin, perhaps, during the Cold War, or Nazi-occupied Paris. We think of them as occurring in the halls of power: the Kremlin, or the Houses of Parliament, or in Washington, D.C. Thrillers have even been set in the Arctic, and the Sahara Desert. But some of the best take place in the Old West.

Let’s take a look at five films that do double duty as both Westerns and thrillers. 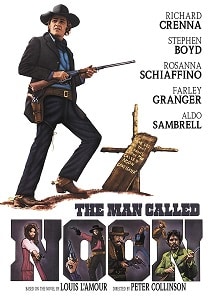 A man wakes up in an alley with a head wound, an empty holster, and an angry mob out for his blood. To make matters worse he has no idea who he is or why anyone would want to kill him.

The Man Called Noon is not only a great Western, it’s based on one of Louis L’Amour’s few novels in which he seemed to be actively trying to merge the genre with noir. Some of the suspense-building and backstory elements which are woven seamlessly into the book are more in-your-face in the film, dragging the action down somewhat. It’s still an exciting story, one of the great Western thrillers. 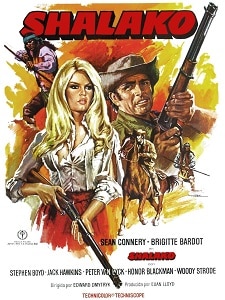 The mysterious Shalako is a loner who lives in the desert, wanting little more than to be left in peace. When he runs across the trail of an Apache war party tracking a group of rich Europeans on a hunting trip, he takes it upon himself to warn them.

Based on a novel by Louis L’Amour, Shalako combines the “man comes to town” trope with the “siege” plot that L’Amour was fond of. There’s plenty of action, both of the gun-fighting and knife-fighting variety, as well as suspense, betrayal, and even love. 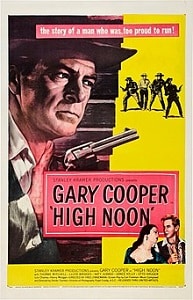 The action occurs in real time, with the hands on the clocks of a small New Mexico town advancing inexorably toward noon. That’s when a train will pull into the station with a vicious outlaw on board. The outlaw was sent to jail by the town’s marshal, Will Kane, played by Cooper. Kane and his new bride are about to leave town to begin a new life, but waiting at the station for the noon train to arrive are the outlaw’s younger brother and the rest of his gang. It is evident they’re not planning to throw a farewell party for the marshal, not the kind with a cake and presents anyway. The party they’re planning involves a coffin.

Kane’s wife, played by Grace Kelly, is out of her mind with fear and exasperation that he won’t simply leave town before the bullets start flying. The suspense as the time ticks down to noon is tremendous. Nominated for seven Academy Awards, winner of four, as well as four Golden Globes, High Noon is a classic in the Western thriller genre. 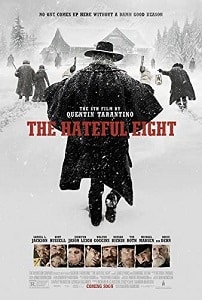 Set in 1877, eight strangers seek refuge from a blizzard at a stagecoach lodge. There are bounty hunters, a prisoner about to be hanged and suspicious characters whose stories don’t seem to add up. Alliances are formed and suspense builds. The coffee is poisoned and there’s a blood-stained chair. With surprises at every turn, over-the-top violence, and razor-sharp dialogue, this is Tarantino at his best. 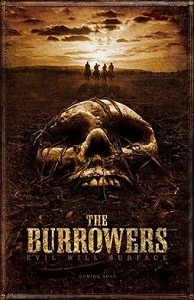 Subterranean monsters called Burrowers used to subsist by eating buffalo and the occasional Native American. White settlers are killing the buffalo and now Burrowers have abducted a pioneer family on the Dakota plains. A rescue party sets out to save them from what they think are natives, only to get a nasty surprise.

This is excellent, low-budget horror combined with a Western-style thriller.

Jill Hand is a member of International Thriller Writers. Her Trapnell Thrillers, White Oaks and its sequel Black Willows follow the misadventures of a fabulously wealthy dysfunctional Georgia family.

Brandon Barrows is an active member of the Private Eye Writers of America and the International Thriller Writers. His latest crime novel, Burn Me Out, about lifelong mobster Al Vacarro’s last twenty-four hours in la cosa nostra, was released Sept. 3, 2020. 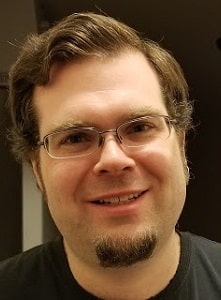