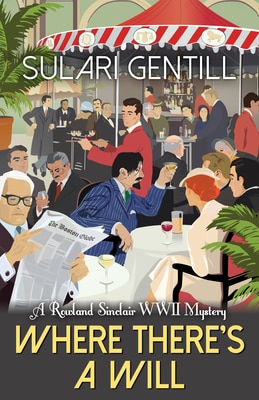 Where There’s A Will

Where There’s A Will by Sulari Gentill is like a delightful recipe that offers a complete story made up of multiple interesting parts. It is a wonderful example of gestalt, and indeed the novel is greater than the sum of its individual parts. Those parts themselves are interesting, and unique, and help to create some good entertainment for the reader.

There’s the main character, Rowland Sinclair, a wealthy Australian artist who lives and creates with his three best friends. These four share everything which means none of them worry about money because Rowland has so much. There’s the poet, Milton, fellow artist Clyde, and sculptress Edna. These four are well drawn, eccentric in a delightfully “arty” way, and operate much as you might expect a current four musketeers to operate. All of this takes place in the 1930s with a focus on the wealthy who have survived the stock market crash.

Rowland receives a telegram advising him of the death of a college friend who has named him executor of his will. Roland arrives in America, along with his three close friends, he discovers it’s not going to be a simple task of making sure monies are portioned out correctly. His friend, Daniel Cartwright, has left his entire estate to a friend who is nowhere to be found. No one even claims to know the man.

Rowland is a man of high principles, so he sets out to find the heir and do what is expected. Meanwhile, the victim’s sister and two brothers begin an intense campaign to get Rowland to go against his friend’s request and give the money to the family. They employ various ways of coercing Rowland into doing things their way, including threats of exposing him as a homosexual (he is not, but it is still illegal in that time and could present problems) In addition, Daniel’s sister tries to seduce Rowland, unaware he is head over heels in love with Edna, Italian Mobsters try to threaten Rowland into abandoning the current will, and Irish mobsters try to intimidate Rowland by kidnapping Edna.

Throughout the book there are well researched glimpses into life among the extremely wealthy in the 1930s including glamorous parties, opulent hotels, and fabulous automobiles from that era. Gentill punctuates many of these stories with actual people placed in a fictitious setting like William Randolph Hearst, Errol Flynn, F. Scott Fitzgerald, and Joe Kennedy. In these encounters Gentill exposes some personalities as well as some of their tendencies such as Joe Kennedy trying to control starlets, Hearst and his famous mistress, and F. Scott Fitzgerald well into his alcohol addiction. She also touches on the belief by more than a few of the wealthy, Kennedy included, that fascism and Nazism are systems that might be beneficial with negotiation.

The mystery is a good one, with various twists and turns that serve to keep the reader on their toes. Even if you solve the mystery, as did this reader, the book is still entertaining as the characters and the depiction of the period are all enjoyable. It is an easy read, with just enough angst to provide tension without so much that it threatens sleep or causes nightmares.

If you’re looking for a mostly cozy book that still has some physical involvement and angst, this is one to check out. The time period is well researched and each chapter is introduced with a genuine clip from a news outlet during the era which Gentill then ties loosely into the story. While this is part of a series, the book can easily be read and enjoyed as a standalone. Don’t be surprised if you enjoy this one so much you decide to go back and read the others in the series.

I would like to express my thanks to Poisoned Pen Press for allowing me to read an advance copy of this book for review. The opinions stated here are entirely my own. 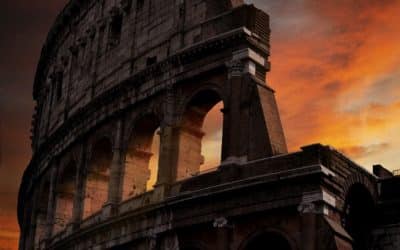