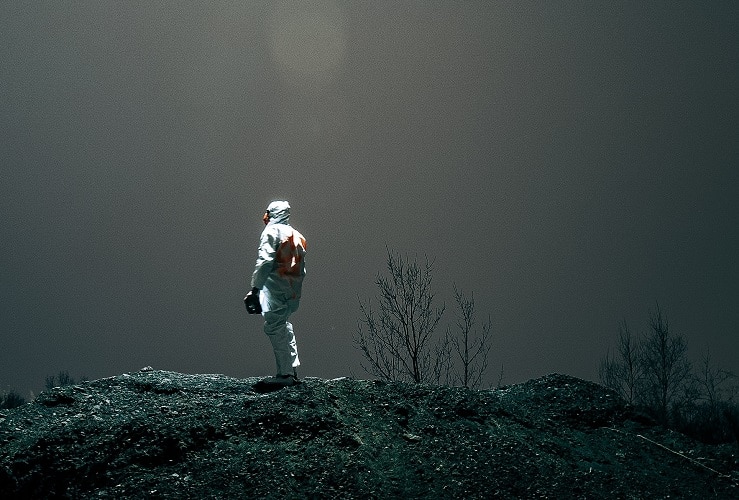 Why We Love Medical Mysteries

Medical mysteries are some of the most fun, engaging, head-scratching works of fiction out there. But what draws us to the stories? Why do we care about the characters, the twists, the turns, and the outcomes? Here are seven reasons why medical mysteries make great novels, and why every reader might consider picking one up for their next read.

Medical mysteries, particularly medical murder mysteries, often carry a storyline that appeals to several potential interests. Central to the story is the murder, of course. Some stories create an initial cloud of doubt and concern over the death as to whether it was accidental or intended, so the mystery jumps to the fore from the beginning.

In other cases where the death is clearly a homicide, the mystery involves resolving how the murder was accomplished since motive and means are regularly tied together. Often this part of the story involves characters whose daily activity is a mystery to the average reader.

Stories about the workings of the medical field not only have an inbred sense of mystery about them but also the mystery of doctor-speak and seemingly inexplicable differences in some tests and treatments (e.g., when is the CAT scan better than an X-ray?)

This layering of enigmatic activity over an underlying mystery is perhaps more attractive when the endeavor involves an unexpected death. The resulting riddle requires the sophistication of the physician and the diligence of the formal detective to untangle the skeins of information and reveal the cause of death—and the murderer if there be one.

The Mystery of Forensics

Or could there be a more general interest in aspects of medical detection such as the medical examiner’s work and forensic findings? Take, for instance, Sherlock Holmes’ attention to detail, especially about personal and medical aspects of a case come to mind. Even though he was not a physician, his creator, Arthur Conan Doyle was, and the medical aspects naturally had more emphasis in Holmes’ character.

We’ve seen the intense interest in forensics and the role of the medical examiner in television ranging from the irascible M.E. Quincy to the cool, sophisticated Dr. Temperance Brennan of Bones. Most television crime shows now feature the medical examiner in some role on most cases, and even as lead character. Take as examples, Jordan Cavanaugh in Crossing Jordan and Maura Isles in Rizzoli and Isles. And the long-running series CSI with spin-offs has put forensics knowledge in front of the viewing audience on a regular basis. The mystery of forensics may play a role in capturing our interest in the medical murder plot.

Perhaps our attraction to medical mysteries has as much, if not more, to do with the character of the detective as with the subject matter of the crime. The advent of television has added personalities to the lexicon as memorable for their peculiarities as for their success in solving the crime. Columbo is a classic example, using his “Oh, just one more thing,” question as he heads out the door.

Then there is the obsessive-compulsive Monk who notices the only aspect of the murder that is nonsensical. Jessica Fletcher did much the same in Murder, She Wrote and the long-running series on Law and Order gave us a team approach to running down criminals.

But almost all today’s crime solvers at some point fall back on perhaps the best-known line of television crime shows: Joe Friday’s “Just the facts, Ma’am.” Each of these icons of sleuthing were successful in catching the criminals without having to deal with the medical aspects of the crime in any detail. So, there may well be a feature of the character of the mystery-solver that attracts us irrespective of the medical features.

The Allure of Death

But murder itself always carries a higher interest index than lesser crimes such as a locked room robbery. End of life is a certainty for us all, but we would prefer that it be uneventful. The tragedy of unexpected and particularly grisly death should have little to attract us.

But then, why are the traffic tie-ups from rubbernecking at the scenes of major accidents so common? Perhaps it’s the knowledge that death, perhaps even unexpected death, is always hovering around. So, when we see it unfold without touching us personally, we can breathe more freely and think, “there but for the grace of God…” Mankind has apparently had a long history in interest in death witnessed by the belief in ancient gods that ruled the afterlife or the unofficial motto of the modern press, “If it bleeds, it leads.”

The Puzzle of a Medical Mystery

Then there are those readers who are simply fascinated by the puzzle, the how was it done as much as the who did it aspect of a story. We might just as well ask, “Why do people do Sudoku?” or “Why complete the crossword puzzle?”

At perhaps the most superficial level, completing such a puzzle makes us feel smart or accomplished. Or, at least above average.

We all are faced with difficult decisions and tasks that often go unresolved; we may find ourselves in the bed at night replaying events to determine whether there might be a better answer. Solving a puzzle or a Sudoku may not be of international significance but it gives us individually a more firm hold on our ability to solve a mystery and it puts some order into the otherwise chaotic turmoil of the day. Plus, you can always say, “Well, I finished the crossword.”

The Mysticism of Medical Mysteries

The physician-detective—whether a pathologist medical examiner or the active practice doctor who tumbles on the vagaries of a specific death or series of death—adds an additional layer of unknown unknowns for most readers. Without specific training in the medical art most readers carry a bit of belief of mysticism into discussion of medical issues.

The biologic world of medicine is anything but linear, and confusion easily creeps in. Metabolism of poisons makes cause of death uncertain. Coexisting conditions can cloud a cause of death. Medical care itself involves numerous activities which may have deleterious effects unless down expertly. These mystical aspects of the medical world add depth and a profusion of red herrings to any murder mystery.

Finally, as readers we love setting the world right. We ask the bigger questions: Why did this this tragedy occur? Was it foul play? If so, who is responsible?

As the characters try to both solve any mysteries that are facing them and try to right the world, the story adds additional characters, events, confusion, and missed opportunities that distract from problem solving. When it is clear in the story that wrong has been done, a life taken for instance, the reader becomes involved in how the problem-solver (sometimes a medical person, sometimes a non-medical detective) collects and interprets the numerous facts and how the final episode will fully return the world to its former, upright position and all the mystery is solved. When that occurs, we readers feel both edified by the solution and justified that the world is back to normal.

After a deep breath, we then look for another book where it all goes awry again. 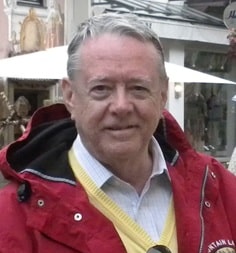 G.L. Barbour is a retired academic physician and avid reader of works of philosophy, science fiction, history, and murder mystery. Since retiring from practice, he has authored two medical murder mysteries and is completing a third. He has lived in North Dakota, Arkansas, Ohio and Virginia. During his career, he published several scientific articles on a variety of medical subjects as well as two books and three chapters on performance improvement in medical care in highly recognized volumes on change and accountability. He and his wife live in Virginia.

Her sister drove to a remote bridge and jumped. Or did she?

END_OF_DOCUMENT_TOKEN_TO_BE_REPLACED

A small town, a police chief’s absence, and a mystery that thrills to the core

END_OF_DOCUMENT_TOKEN_TO_BE_REPLACED

A fourteen-year-old girl goes missing at a truck stop