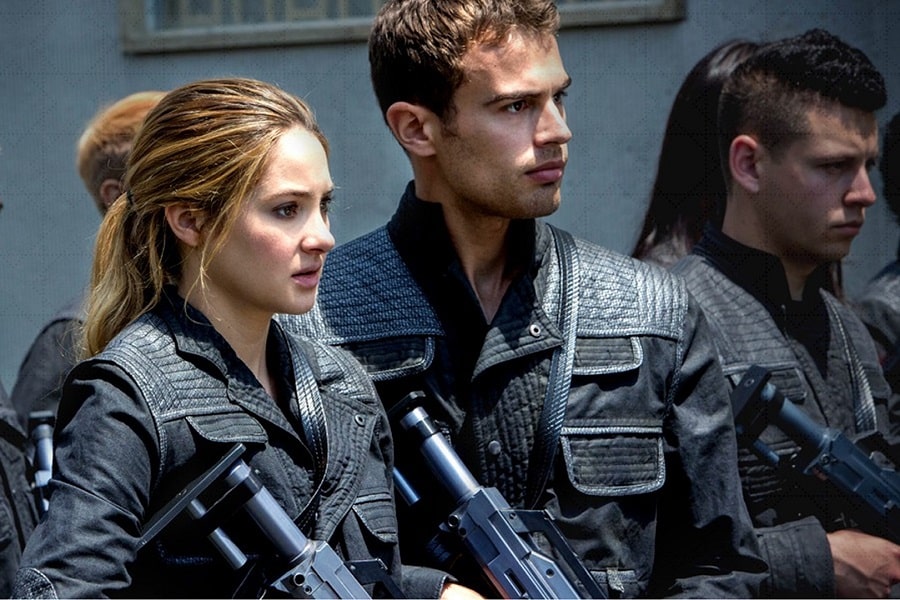 Why We’re Hooked on YA Apocalyptic Thrillers

A group of road-weary, adrenalin-filled teens carry only backpacks and essentials. No parents to go home to, ever. No authority figures to provide them answers, and no idea how much of the modern world still exists outside the boundaries of whatever narrow strip of survival they’ve landed on.

Wherever these teens make their stand — an island, a cruise ship, an arena, a mountain outpost, perhaps an abandoned stadium or network of subway tunnels — it’s sure to be a world in which our heroes can’t spare a thought for tomorrow because every moment of today is about immediate survival.

Now take away the word “apocalypse,” and switch out the MRE’s for some Hot Pockets, and we’ve constructed most teenagers’ ultimate fantasy. No parents to please, no corporate future to work toward, no SATs, no curfew, and best yet, vast stretches of unfettered time with companions who actually understand what they’re going through.

Readers of all ages long to relive a better teenage experience, one that might have been improved with zombies chasing us instead of our insecurities. Let’s face it, if we could do it over, most of us would chuck the rules and expectations and take more control. In YA thrillers, teen protagonists are not only saving themselves from a dangerous world, they’re changing that world in the ways we’d always hoped to. And what’s more, they’re doing it on their own terms.

So why are we so hooked by YA thrillers? (Or perhaps impaled, imprisoned, consumed, and conscripted?)

Just like in real life, teens are forced to navigate unfamiliar terrain at breakneck speed, and YA thrillers absorb this unrelenting pacing. Hyperbole is the norm, dialogue is clippy and bright, and chapters end on cliffhangers that leave readers scrabbling for handholds. I’ll never forget the weekend I picked up the Razorland series. Come Monday I was so behind at grading that I had to invent a stomach flu as an excuse for my students. Likewise, when my colleague got hooked, she spent three heart-thumping, sleepless nights only to be woken at dawn by her toddlers demanding pancakes. “I can’t stop reading,” she nearly sobbed to me halfway through Horde. “I might need to hire a babysitter!”

For teens, every day feels like the end of the world, so YA is a headlong rush from crisis to crisis, from one sinking ice floe to the next. Soon we’re reading too quickly and running too quickly to care about anything outside of the page. Likewise, YA thrillers propel readers forward without our adult brains slowing to question the likelihood of a plot point. Yes, YA is often criticized for being commercial, and it’s true some teen novels contain significant plot loopholes. It was admittedly unclear to me how the Enclave survivors, who formed a post-apocalyptic society in pitch-black abandoned NYC subway tunnels, gathered any vegetation or greenery by which to avoid scurvy. Luckily, I was too busy tearing through the pages to see if fifteen-year-old Deuce would survive topside to care about the properties of fungi.

The struggles teens face during the end times echo the same struggles we face in an adult world — how can we stay true to ourselves when it feels like the structure of organized society is gnashing us between its teeth? Teens are already struggling to claim their identities, and this instinct for survival is paralleled by pandemics and ice tornadoes and vampire armies. In the Edge of Collapse, a single glaring lightbulb bears down on Hannah for years until she wakes up, enlightened by the darkness, freed from a cruel sociopath’s imprisonment by an EMP that unlocks her remote prison cell. That accusatory lightbulb is a metaphor for the inquisition we face when our own bathroom-mirror lights glare at us before another day of adulthood.

So we read YA thrillers and watch Katniss from The Hunger Games unseat the gods with a single arrow and slay the monsters in the maze with only her wits. We watch Thomas in The Maze Runner race to escape his post-apocalyptic prison while dodging the Grievers. We watch Tris in Divergent defy categorization and claim her own identity. And we watch Jane McKeene, in Justina Ireland’s Dread Nation, refuse to accept society’s subjugating role for her as an “Attendant” to wealthy white people. Unsurprisingly, in the process, Jane ends up having more to fear from humans than the undead, and we watch her fight for her rights as well as her life.

This might be the biggest reason adults love teen novels in general, and here I’ll make my riskiest claim; we all crave apocalyptic stories that aren’t entirely morose. This is because we’re as interested in seeing how characters navigate their new world as we are in watching them save it, and so we need at least some of them to live. Teenagers are not only resilient, they’re still refreshingly idealistic. They believe the world can be a good place even when faced with impossible odds. That idealism is contagious. It leaves room for unbelievable acts of heroism and courage.

Even more cheerful is that teens know what matters, especially in the face of despair: Love. Friendship. Courage. Good food, a warm, dry place to sleep at night, and above all else — loyalty. Of course, living in a world that doesn’t try to force us into intergalactic indentured servitude also matters. But so does knowing when to split your last Hot Pocket with friends. In The Rule of Three, after a computer virus plunges the world into chaos, Adam learns that only banding together with unlikely friends and neighbors can allow anyone to survive or rebuild. Teenagers are often miscategorized as selfish and self-absorbed, but the heart of a teenager is tender. There’s a sweetness to YA thrillers that’s hard to replicate in adult stories. Now add in monsters, a ticking clock, and some life or death stakes to protect our newfound clan from, and readers find themselves swept into an adventure that reminds them why survival even matters.

At the End of the World, We are all Equal

A zombie infestation is the great equalizer. No one cares if you have acne during an apocalypse, or if you’re freckled, or left-handed, or a wee bit short. Katniss doesn’t fixate on being taller than Peeta. What matters is that he keeps Katniss from sacrificing her humanity. It’s not important who you were before the world began ending — all that matters is what you’ll do in what’s left of it. It makes no difference if you’re independently wealthy, or working class, or bookish, or bossy, or a middle child, or annoyingly good looking, or maybe a slight bit pudgy. (Plus, starvation, right? In the end times, we’re probably all pretty buff).

Millimeters from the snapping jaws of the undead, our demographics are finally invisible. All that matters now is that you’re suddenly — though perhaps inexplicably — good enough at something essential to be needed by your tribe of survivors. We love watching a brilliant but goofy nerd like Eugene in The Walking Dead outwit warrior-types so they keep him alive. Politics and social class become refreshingly irrelevant. But the ability to fashion a slingshot from windshield wiper blades? Essential.

Perhaps more importantly, science fiction as a genre has long paved the way for more diverse ensemble casts inhabiting worlds in which characters don’t have time for discrimination because they’re too busy fighting the monsters outside to humor the monsters within. It’s a relief to read about people of all races and backgrounds working together to save the world, and these themes mirror teens’ own longing for an end to the cliques and social standings that dominate their waking lives. The YA thriller genre also offers a place to an apocalyptic novel like Dread Nation, which draws from historical social injustice, to create a riveting story that is as resonant as it is suspenseful.

We adults like a serving of nostalgia with their terror, and we’ll keep reading YA. YA thrillers offer readers a welcome escape from bureaucracy, normalcy, clogged gutters, leaky gut syndrome, taxes, and all the other archenemies that adulthood brings. And despite the nuclear fallout snow and the flesh-eating zombies and the lack of foamy lattes, a good teen apocalypse story offers a reality that is in some ways as simple and charming as it is terrifying.

Kendra Griffin can’t resist writing about a good dog or a good underdog, and she loves when her characters scream orders at her from the page. She is the author of the dystopian-thriller YA Pox series, which includes Apocalypse Thoughts and The Pox Ward. Kendra teaches creative writing and composition at Aims Community College in Colorado and frequently offers workshops on craft through local libraries.  Kendragriffin.com | Goodreads 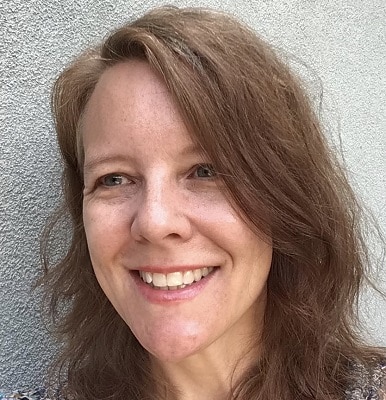 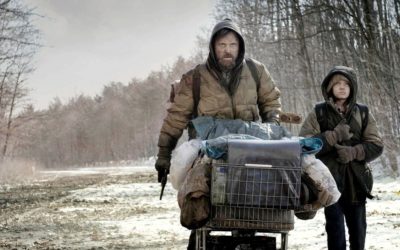