Walk in the shoes of Dave Beckett, a somewhat naive young man of twenty-one who Is given a badge, a patrol car and a gun. Although still in his probationary period, he is still living the dream of his life. He’s successfully completed the sheriff’s academy and is ready to embark on his great adventure.

He has had two ninety-day stints with probationary training officers Johnny Maslow and Mike Smith, with distinctly different styles and philosophies of police work. He quickly learns that there are good and bad cops, just like there are good and bad souls on the street. There are those out for adventure, others who want to help people, and those who just want a paycheck. Cops are like everyone else with regular emotions, and have to contend with envy, hate, love, guilt and pettiness. He quickly realizes how accurate the academy description of police work is hours of boredom interspersed with moments of pure terror.

Of course there were the mundane, the traffic violations and ticketing, shoplifting, burglaries, car thefts, traffic collisions, but domestic disturbances were the most dangerous. Emotions run hot and blur the line between common sense and temporary insanity. A car stop was like a treasure hunt, you never knew what you were going to find. Tt could turn into a life and death situation.

A “simple” welfare check morphs easily into a suicide. Dave anxiously knocks on the door without an answer. He enters to find a kitchen table laid out with papers, last will and testament and funeral instructions. He investigates and eventually pulls open the garage door to find what’s left of Mr Shearer, sitting in a pool of his own blood with his head missing. This image would forever be embedded in his memory. He would soon answer a radio dispatcher’s call delivering him to a hotel room. A young woman trussed up like a steer would be found on a bed with a pillow over her head, momentarily hiding the bullet hole in her skull.

Brutal murders like this cannot help but shift beliefs, result in loss of innocence and firmly establish the presence of true evil. An officer always had to deal with the unintended consequences of events bombarding his everyday events. Even during a traffic crash, you had to deal with the ghouls trying to catch a glimpse of human carnage. Dan Howard killed a few short blocks from his house. He would never again pull into his driveway, walk into his house, kiss his wife, or grab a beer out of the fridge. Today, he would be the nightly news.

Ride along in the shoes of Officer Dave Beckett, as he daily experiences and contends with violence and mayhem, and sense how it shapes and molds his life and future.

In the second half of the book, nine years later, Dave is married, estranged from his wife and working as a highly successful homicide detective in the San Bernardino County Sheriff’s department. After he learns his beloved trainer, Johnny Maslow, was convicted of murdering the women he found as a rookie in the hotel, his world is shattered, and he realizes not everything is black and white. He finds himself working multiple cold cases to provide well deserved closure.

Putnam proves to be a masterful storyteller as he weaves multiple plot lines into a startling narrative with unexpected twists and reveals. This gritty street tale unfolds in a cascade of intricate and convoluted intertwining events that benefits from a cast of multidimensional characters. The finely honed protagonist of Dave Beckett is firmly ingrained in your memory after the last page is turned. The tale is told obviously through the eyes of one who has lived the life. David Putnam has had a long and storied career in law enforcement. This compelling police procedural that escalates into an immersive mystery thriller is obviously an authentic depiction of life in law enforcement. Hopefully, Putnam will continue to add to the lore and life of Detective Dave Beckett, rivaling his finely crafted Bruno Johnson series. 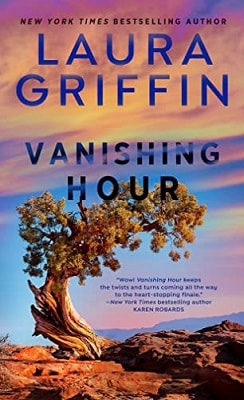 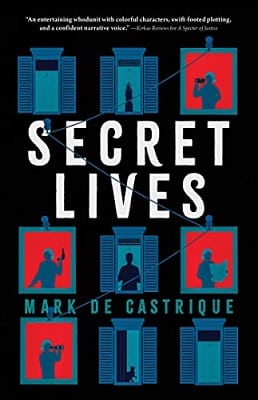