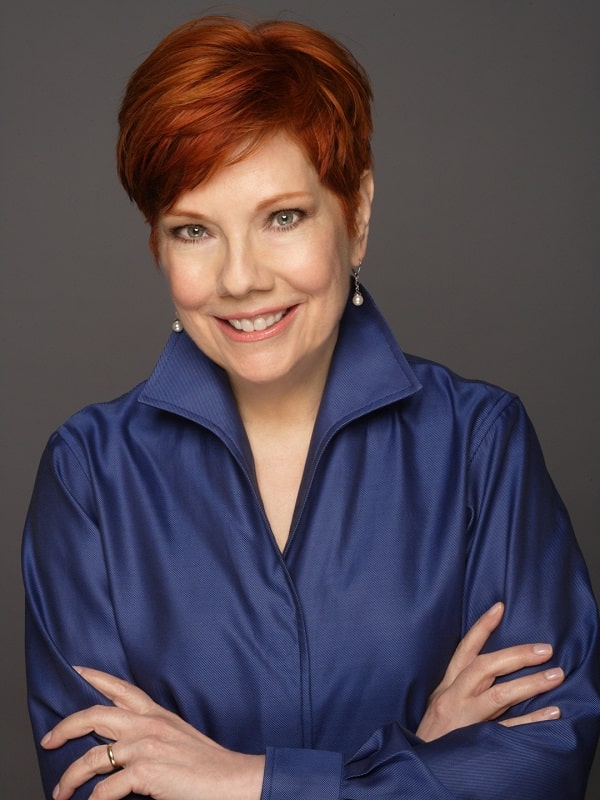 Amanda Quick is is the author of a string of New York Times bestsellers. She uses three different pen names for each of her three “worlds.”

The author of over 40 consecutive New York Times bestsellers, she writes romantic-suspense, often with a psychic and paranormal twist, in three different worlds: Contemporary (as Jayne Ann Krentz), historical (as Amanda Quick) and futuristic (as Jayne Castle). There are over 30 million copies of her books in print.

Q. How did you get the idea for When She Dreams?

Amanda: The story idea comes from the fact that I am personally intrigued with dreaming. One of the most interesting types is lucid dreaming where someone knows they are dreaming. The goal is to control the dream and solve problems that someone could not solve while awake. For example, rewrite nightmares or sad dreams to find peace. This was a hot topic in the thirties. Now on online there are many people looking it up. It is like waking up before falling off a cliff or in my case learning to fly.

Q. There are all types of dreams in the book, what are the differences?

Amanda: Lucid dreaming is real. Astral projection is junk science, pure fantasy. It is when someone thinks they can travel in their dreams as their soul moves to another location. Latent psychic senses have someone believing they have a psychic vibe yet are not aware of it. This is also a scam.

Q. How would you describe Maggie?

Amanda: Maggie is a lucid dreamer who can control her dreams, which allows her to see things in a different light. She is adventurous, outgoing, and a modern woman. She is very smart, independent, bold, a little reckless, unpredictable, and confident. Maggie wants to do the right thing and wants to find answers.

Q. Why does she have an aversion to marriage?

Amanda: She had a very close call when her fiancé wanted to marry her for her money and then he was going to send her off to an asylum. In those days it was not hard to get a woman committed against her will. This is why she is wary of marriage.

Q. What can you tell us about Sam Sage versus Sam Spade?

Amanda: I did not even try to hide it and had fun playing off the character. I was going for the iconic 1930s hardboiled private eye. My character Sam Sage is much nicer and a lot more honorable. Sam Spade is from The Maltese Falcon, an American icon. I put this quote in the book, Sam Spade is “arrogant, egotistical, narcissistic ass, with the moral code of an alley cat…he isn’t interested in justice…and a lousy detective.” His goal is to prove he is the smartest guy in the room. I wanted my character to be in the same occupation but with better personality traits.

Q. How would you describe Sam Sage?

Amanda: He is really interested in justice and doing the right thing. Sam is the classic good guy, very protective. Some people see him as world weary and wise cracking.

Q. What about the relationship between Maggie and Sam?

Amanda: They play off each other’s strengths and weaknesses. She is reckless and he is a ‘by the books guy’. They are very passionate about each other. Each sees the underlying strength of the other and trusts each other.

Amanda: It will be another Jayne Castle Dust Bunny book, a futuristic romantic suspense novel, titled, Sweet Water and the Witch, coming out September 30th. The next Amanda Quick book is out a year from now, titled The Bride Wore White. A woman wakes up in the honeymoon suite with a dead body next to her. Raina Kirk and Luther Pell have become the anchor characters for the series and will be in every book as cameo players.

When She Dreams by Amanda Quick, is a story with lies, murder, blackmail, and drugs. This series takes place during the 1930’s in the small town of Burning Cove, California with some recurring characters.

The opening scene sets the atmosphere for the rest of the plot. Maggie Lodge enters the office of Dr. Oxlade for a session about her lucid dreams. Unbeknownst to her, he gives her a drug called the enhancer. He is hoping to control her dreams, actions, and mind. As Maggie is fighting the effects of the drug, she barely escapes from the office.

Lucid dreams become almost a character in the story. People dreaming are aware that they are dreaming. During the dream someone may gain some amount of control over it to try to become aware of their consciousness.

Maggie must also deal with the fact that someone is blackmailing her employer, Dear Aunt Cornelia, an advice columnist. She hires private eye and former policeman Sam Sage to help find the blackmailer. The investigation leads them to a conference on psychic dreaming where Maggie realizes Dr. Oxlade is also attending. It seems some women who were lucid dreamers are being killed. As tensions rise and the murders increase, Maggie and Sam realize they are in the path of a ruthless killer who will stop at nothing to exact vengeance. They enlist the help of the series recurring characters Raina Kirk, a private detective and investigator, plus Luther Pell, to find information that will help to connect all the murdered women.

The relationship between Maggie and Sam is a delight. Their snarky, intimate, verbal fireworks conversations are enjoyable. But they also realize there is a passionate chemistry between them. What they must overcome are the secrets kept from each other. Both are haunted by their pasts.

Once again readers will not be disappointed with this 1930s mystery. This intriguing and suspenseful story is full of twists. A bonus is how Quick intertwined the information about lucid dreaming into the story. 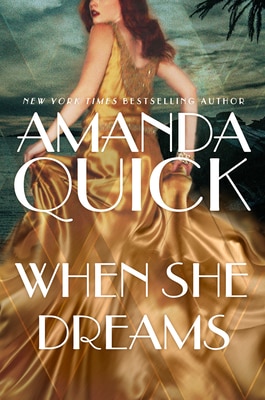 Maggie Lodge, assistant to the reclusive advice columnist known only as Dear Aunt Cornelia to her readers, hires down-but-not-quite-out private eye Sam Sage to help track down the person who is blackmailing her employer. Maggie and Sam are a mismatched pair. As far as Sam is concerned, Maggie is reckless and in over her head. She is not what he had in mind for a client but he can’t afford to be choosy. Maggie, on the other hand, is convinced that Sam is badly in need of guidance and good advice. She does not hesitate to give him both.

In spite of the verbal fireworks between them, they are fiercely attracted to each other, but each is convinced it would be a mistake to let passion take over. They are, after all, keeping secrets from each other. Sam is haunted by his past, which includes a marriage shattered by betrayal and violence. Maggie is troubled by intense and vivid dreams–dreams that she can sometimes control. There are those who want to run experiments on her and use her for their own purposes, while others think she should be committed to an asylum.

When the pair discovers someone is impersonating Aunt Cornelia at a conference on psychic dreaming and a woman dies at the conference, the door is opened to a dangerous web of blackmail and murder. Secrets from the past are revealed, leaving Maggie and Sam in the path of a ruthless killer who will stop at nothing to exact vengeance.