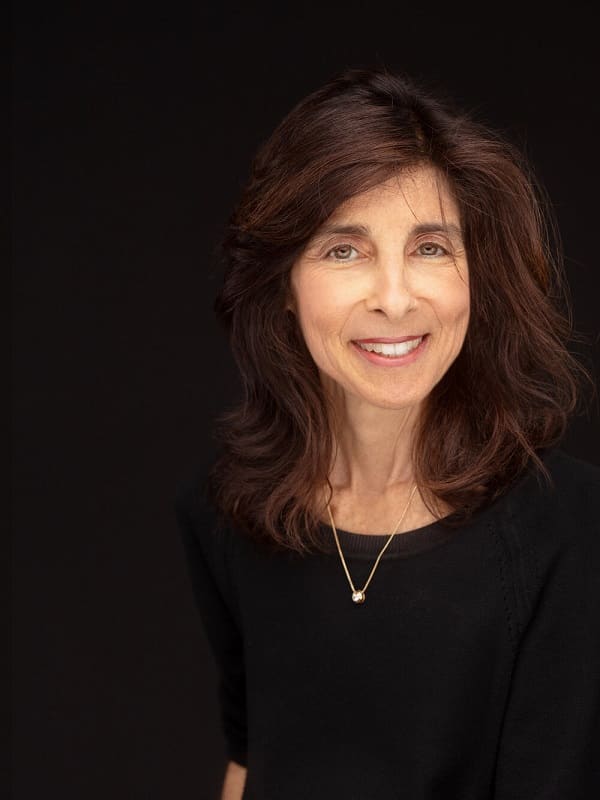 Anita Abriel was born in Sydney, Australia. She received a BA in English Literature with a minor in Creative Writing from Bard College. She lives in California with her family and is the author of The Light After the War which was inspired by her mother’s story of survival during WWII.

Q. What can you tell us about the World War II books you write?

Anita: The Light After the War, which came out two years ago, is the one readers connected with. It is my mother’s story. It is a moving book because my mother escaped from a train heading toward Auschwitz with her seventeen-year-old friend. They ended up in Maples, tried to get to Ellis Island but were rejected, from there went to Venezuela, and ended up in Australia where I was born. It is all based on fact. This is when I started to write historical fiction. My second book is Lana’s War and then in March my third book came out, A Girl During the War.

Q. In these three books there is always something about the Jewish peril during the war. What’s behind the theme?

Anita: I write these because of my background. I am Jewish. My parents who survived the Holocaust are Jewish. My father’s parents died in a concentration camp. I grew up in Sydney Australia. My mother was a little afraid because of everything that happened to her. My father escaped by fighting in the Red Army. He was extremely Jewish.

Q. How did you get the idea for Lana’s War?

Anita: I wanted to write another story set during the Holocaust. My mother always talked about the French Riviera. As I was looking online, I saw a plaque in front of a hotel in Nice France saying, “this is where the Gestapo had its headquarters.” For a long time, this was a safe place for Jews until the Nazis occupied it in the last years of the war. Then they were sent to concentration camps. Gestapo Agent Alois Brunner is a real person.

Q. How would you describe Lana?

Anita: She is very brave, caring, and gave up a soft life in Paris to join the resistance to put herself in great danger. It is unfathomable about what she went through. While she was grieving, at the same time, she was fearless.

Anita: Frederick is very straight-forward, honest, courageous, and wanted to get involved.

Q. How would you describe the resistance member, Guy?

Anita: Guy wanted revenge, very noble, courageous, and sophisticated. His relationship with her was complicated. Lana was not very fond of his manners. He was very authoritarian, bossy, opinionated, and initially did not give her any respect.

Q. How would you describe Lana’s relationship with Frederick versus Guy?

Anita: With Guy she was more of an equal. She also wanted revenge. They were very focused on their mission. Their relationship was complicated. Frederick always tried to protect her until he was killed. He was Lana’s first great love, very sweet and innocent, a gentleman.

Q. What’s the role of Odette?

Anita: She was a twelve-year-old who represented all those children that were incredibly harmed and scarred by the war. As a child, Odette wanted to return to normalcy, instead of having to hide all the time. She saw her father killed by the Nazis and then she was told about the Nazis killing her mother. Odette had a quote in the book, “If all the Jews ran away the Germans would succeed, what Hitler tried to accomplish. I am French. This is where I belong.” She said this because she wanted to hang on to her identity and not lose it. Very common among the children was that they were wiser than their years and had to grow up too fast.

Q. A Girl During the War changes the setting from France to Italy. What’s the story there?

Anita: A lot of this book is true. I stumbled on the story because I really love Florence Italy. The Ponte Vecchio was the only bridge that was not blown up during the war because it was saved by the German council. I wondered why he did it. I found out information about certain characters such as Ludwig who was a head art historian in Italy. During my research I found out about the Villa I Tatti, where scholars now go to learn about Renaissance art. Bernard and Belle da Costa are also real people and were lovers.

Q. How would you describe Marina?

Anita: She is the heroine of the story. Younger and less sophisticated than Lana. She was very protected and attached to her father who was killed by the Nazis. She travels and stays with Bernard. This book is her journey in the middle of a war. I think she probably had PTSD because she found her father’s body and knew had she arrived home a few minutes earlier she could have also been killed. She is also serious, lonely, angry, guarded, and trying to make sense of the war.

Q. How would you describe Carlos versus Luc?

Anita: I do not like Carlos. He is despicable. He knows he is good looking and does not love anyone like he loves himself. He is self-centered. He has a magnetic personality and confidant. Luc is the direct opposite, a sweet and a caring person. After the war he tried to return the art to their rightful owners.

Q. In both books you have children angry at the situation they are placed in. Why do they feel the way they do?

Anita: In this one it is Eli and in the other one is Odette. I cannot imagine how they can be anything other than angry. Eli is a good-looking young Italian male who had a promising life. Instead, he sees death and is held prisoner having to hide in a barn. His little sister cannot even go outside.

Q. In both books’ art plays a role. Any significance there?

Anita: I had a quote in this book, “Art is not always about the painting itself, it’s about the joy of sharing important pieces with others.” Art lasts centuries and brings people together. Everybody has their own opinions and ideas. It takes on a life of its own. Therefore, it is horrible to think of what was lost or could have been lost during the war. Bernard and Marina in both books risked their lives because they saw the value of art.

Q. What was real and what was made up?

Anita: There were some real artists, such as Giorgione. But I did make up that famous picture by Verrocchio who was a real artist. There are very few of his paintings left. As far as copies I made it up, but I am sure it happened.

Anita: My next book will be historical fiction, out next year sometime. I am not ready to talk about it yet. I also write Christmas books under the name Anita Hughes, with the latest coming out in September, titled Christmas at The Ranch. It is about a heroine who rarely leaves her neighborhood, but her editor has her go to Jackson Hole Wyoming.

Lana’s War and A Girl During the War by Anita Abriel are heartfelt reads. The stories take place during World War II, the former in France and the latter in Italy. Both books are filled with danger and romance.

Lana’s War begins with a tragedy. In Paris 1943 Lana Antanova is about to tell her husband, Frederick they are going to have a baby when she sees him brutally shot dead by a Gestapo agent. To make matters worse, she loses the child. Knowing she can no longer sit idly by she accepts an offer to join the resistance. As the daughter of a Russian countess, Lana has the perfect background to infiltrate the émigré community of Russian aristocrats in the French Riviera, and socialize with German officers, including the man who killed her husband. Her cover story, being the mistress of Guy Pascal, a wealthy Swiss industrialist and fellow resistance member, allows her to move smoothly throughout the area. Together they gather information on upcoming raids and help members of the Jewish community escape. She has grown attached to a young Jewish girl, Odette, who ends up losing her parents. Both Lana and Guy go to great lengths to protect Odette and protect each other.

A Girl During the War also has a young heroine risking her life to save others as well as valuable paintings. Taking place in Italy 1943, Marina Tozzi comes home to find her father brutally killed by the Nazis. Fearful of the consequences, Marina flees to Villa I Tatti, the Florence villa of her father’s American friend Bernard Berenson and his partner Belle da Costa Greene, the famed librarian who once curated J.P. Morgan’s library. Marina, an art expert, uses her expertise to save valuable pieces and uses her contacts to save a Jewish family. A neighbor, Carlos Adamo, uses his charm to sweep Marina off her feet. But after he disappears at the war ends, she must make a new life without him, traveling to Argentina to help an organization return paintings to their rightful owners.

Both books allow readers to take a journey with these heroic women. The tales of survival and second chances will have people feeling the same emotions as the characters: anxiety, fear, and even sometimes joy. 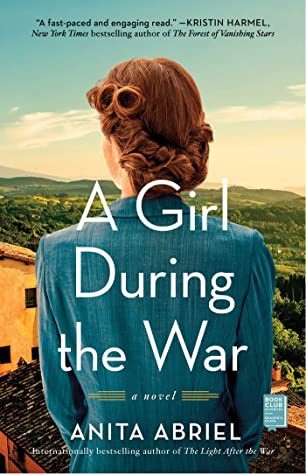 Rome, 1943: University student Marina Tozzi is on her way home when she finds out that her father has been killed for harboring a Jewish artist in their home. Fearful of the consequences, Marina flees to Villa I Tatti, the Florence villa of her father’s American friend Bernard Berenson and his partner Belle da Costa Greene, the famed librarian who once curated J.P. Morgan’s library.

Florence is a hotbed of activity as partisans and Germans fight for control of the city. Marina, an art expert, begins helping Bernard catalog his library as he makes the difficult trek to neutral Switzerland, helping to hide precious cultural artifacts from the Germans. Adding to the tension, their young neighbor Carlos, a partisan, seeks out Marina for both her art expertise and her charm. Marina, swept up in the romance, dreams of a life together after the war.

But when Carlos disappears, all of Marina’s assumptions about her life in Florence are thrown into doubt, and she’ll have to travel halfway around the world to unravel what really happened during the war.