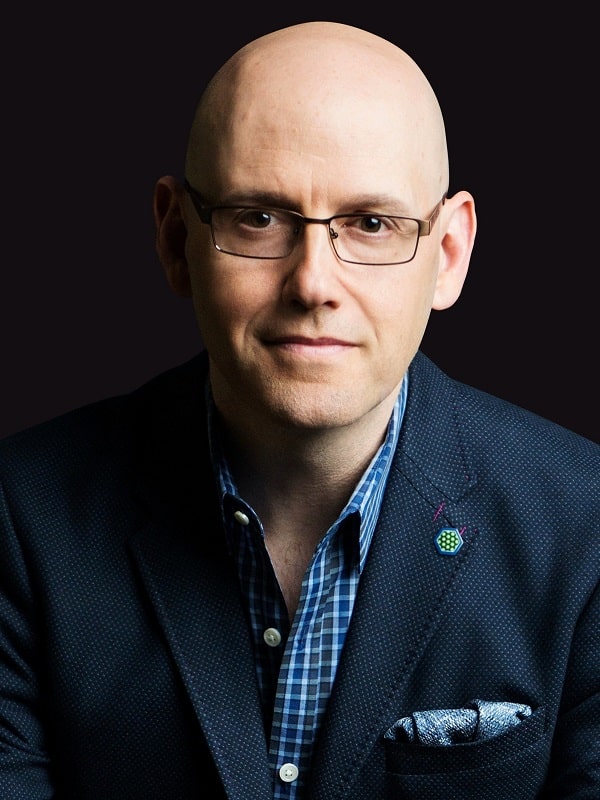 Brad Meltzer is the #1 New York Times bestselling author of The Lightning Rod, The Escape Artist, and eleven other bestselling thrillers. He also writes non-fiction books like The Nazi Conspiracy, about a secret plot to kill FDR, Stalin, and Winston Churchill at the height of WWII – and the Ordinary People Change the World kids book series, which he does with Chris Eliopoulos and inspired the Emmy-nominated TV show on PBS KIDS, Xavier Riddle and the Secret Museum.

Brad: I saw in a half page newspaper article years ago this story. It said that there was a plot to kill FDR, Churchill, and Stalin at the height of WWII, an attempted assassination by the Nazis. I found this detail that FDR was hiding in the back of a beat-up sedan, while his actual motorcade had a body double in it. Josh and I decided to answer the threshold questions why was FDR hiding and who was going to murder him? We point out how this is imperfect information because so many documents were destroyed over the years.

Q What do you believe: Was the plot a hoax or reality?

Brad: Either the assassination attempt was planned, or Joseph Stalin pulled one of the greatest scams in all of history and tricked FDR and Churchill in the height of WWII. My personal belief is that this was a credible threat. The one person who never changed his story was the head of the Secret Service Mike Riley. With the big three together, they were a tantalizing target for the Nazis.

Q Why is Mike Riley so important?

Brad: He is the one who looked the Russians in the eye, their evidence, their MO, and assessed the threat. He really believed to his dying day that this was a real plot to kill all three.

Q Why did you touch on the hatred of Jews?
Brad: Whenever Josh and I start these books we ask, ‘what is the book about?’ We included the Nazi rally at Madison Square Garden at the height of WWII. There were 20,000 Nazis cheering with a picture of George Washington surrounded by Nazi banners. A speaker there said if George Washington was alive today, he would be friends with Adolph Hitler. We also included the details of the Holocaust which is relevant today. The Holocaust started with slogans, propaganda, rallies, and book bans. A group of people pointed at others and said, ‘they will take away our way of life.’ We are seeing it repeat now.

Q Why the background history?

Brad: People think we punched the Nazis in the jaw and saved the day. But this is not the story. The US did not want to be in WWII. WWI was not too far in the background, there was the depression with the stock market crash, and FDR was to save the country from ruin. There were other priorities. Josh and I wanted to put in the context to understand the only reason the US entered WWII was because of Pearl Harbor. For context, we put in how Yamamoto, the architect of Pearl Harbor, was assassinated by the US to show how assassination was a valid and common weapon of WWII.

Q What was the role of the Nazi Franz Mayr?

Brad: In his late twenties, a Nazi spy, a zealot in Tehran. The reason he is so vital is that he was the one to convince the Nazis about the plot although he is not a part of the actual plot, getting arrested months before. The Germans completely believe they can drop paratroopers into Tehran without being seen as the US, England, and Russia meet for the Tehran Conference. Oddly, it is his arrest that foiled the plot.

Q Who is the true hero?

Brad: I think there were two heroes. First, the Soviets, who captured the 36 Nazi paratroopers and found out about the plot. The other hero is Mike Riley who assessed the threat. You cannot have one hero without the other. If Riley did not believe the information the Russians provided about the plot it could be a disaster. It takes one believing the other.

Q Why had the storyline shifted?

Brad: During the Cold War since the US did not want the Russians to be seen as the good guys. Suddenly it was given the name of Operation Long Jump. There is no proof it was ever called it. Josh and I showed in the book how the stories became exaggerated, shifted, and changed.

Q You also have in the book the relationship between FDR, Churchill, and Stalin. Please explain.

Brad: It was precarious at best. FDR pivoted and adjusted. He believed in his ability to charm the other leaders. He is the middleman who held it all together because Churchill and Stalin hated each other.

Q What do you want readers to get out of the book?

Brad: To entertain, to inform, but also to warn people. Good people should not stay silent. Anti-Semitism is at an all-time high since it has been tracked by the ADL starting in WWII. People should appreciate the freedom we have now.

Brad: There will be some children’s’ books including Wonder Woman out in a few months. Then I am working on the novel sequel that brings back Zig and Nola. It will take a few years to come out.

The Nazi Conspiracy by Brad Meltzer and Josh Mensch dives into the 1943 Nazi assassination threat against the Big Three world leaders. As the war against Nazi Germany raged abroad, President Franklin Roosevelt had a critical goal: a face-to-face sit-down with his allies Joseph Stalin and Winston Churchill. This first-ever meeting of the Big Three in Tehran, Iran, would decide some of the most crucial strategic details of the war. Yet when the Nazis found out about the meeting, their own secret plan took shape; an assassination plot that would have changed history.

A true story filled with daring rescues, body doubles, and political intrigue, The Nazi Conspiracy details the pivotal meeting in Tehran and the deadly Nazi plot against the heads of state of the three major Allied powers, Russia, US, and England.

A bonus is the backstory on what was happening during WWII, including the Holocaust and thoughts of how the Big Three would structure the war. As with all books by these authors readers get a thrilling plot with gripping details.