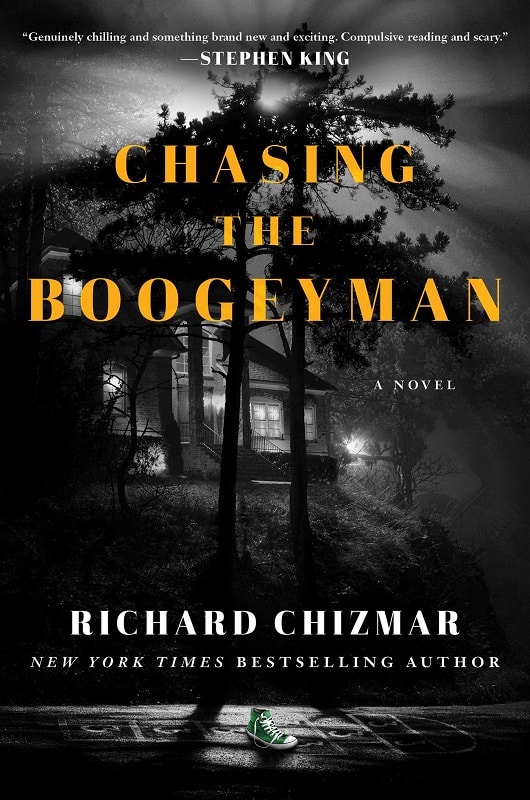 A fascinating and unique true crime book written in a manner that flows like a fiction novel.

What a rare opportunity for a professional writer to be intimately connected to an ongoing and protracted siege on a small town by a serial killer. Richard Chizmar ( known as “Chiz” by his boyhood friends), a recent graduate of University of Maryland School of Journalism, returns home in the summer of 1988 to Edgewood, Maryland, which is trapped in the depth of paranoia and suspicion after the heinous death of a young woman. Chiz has just started writing horror short stories and aspires to publish his own small press horror zine, which will be called: Cemetery Dance. He is preparing for his upcoming wedding and fully embarking on a writing career. His hometown has just enacted a curfew and a neighborhood watch has formed, thrusting him into a real-life horror story.

A rumor starts that the evil stalking our small town is not entirely human. Three days prior to his arrival, a young girl, Natasha Gallagher, was taken from her bedroom, in the middle of the night. Her body was discovered in the nearby woods the next morning. Local police had no suspects. Although the initial reports were vague, eventually the grisly details emerged. She was propped up against a tree with her ankles crossed and hands resting casually on her lap. Upon closer inspection, she had sustained bruising and swelling around her neck , a fractured cheekbone, a pair of black eyes, and the thumb and ring finger of her right hand were broken and left ear was missing … obviously it had been severed. Cause of death: strangulation. Never had anything remotely this brutal and depraved occurred in Edgewood. The community had been plagued in 1986 with someone entering the home’s of multiple women. The women would awaken to a man touching their feet, legs, stomach or hair. He would quickly flee from their home. No identification or arrest had followed, with the local papers calling him the “Phantom Fondler” The community immediately wondered if he had escalated his game, from voyeur to murder and mutilation.

Chiz had a lifelong interest in the macabre, as well as crime, mystery, and even watching scary movies. What could be more horrific than a gruesome murder in your own hometown. He could not help himself, he knew the Gallagher family for over twenty years. He had to throw himself into the investigation. In the course of the summer and fall of 1988, four innocent young women were murdered in similar fashion. All posed, with numerous facial and head injuries, defense wounds, left ear severed and missing and strangled. And, as a consequence four families were ripped apart. There was a complete lack of evidence at all of the crime scenes. No fingerprints, no footprints, no fiber or hair left behind and certainly no DNA. As local and national media presence escalates, the tales of the Boogeyman and terror grip the town. Chiz had the feeling of being watched and started receiving numerous hang-up calls.

A monster far more frightening and evil than anything he could capture in one of his stories was terrorizing his once peaceful home town. He was a witness and felt obligated to tell this story that was admittedly tinged with nostalgia for his neighbors, friends, and siblings of friends. He tells his story and brings life to these events, rather than cold facts, capturing the emotions of the many people touched by these horrible murders. Even the mundane stories of everyday life and coming of age gain importance. An infusion of humanity perseveres throughout the narrative. The importance of family and love are brought to bear, while authenticity is gained by supplying anecdotal stories of Chizmar’s youth. Multiple black and white photographs of people and places related to the murders bring things to a stark reality.

Chiz proves to be a masterful storyteller as he weaves a poignant and twisted tale of his hometown Boogeyman in his own personal unflinching viewpoint. His original account appears to have been published in 1990, however in 2019 he is asked to revisit the crime since the monster’s identify has finally been uncovered. He pens an additional afterword, based upon a searing and truthful interview with the bona fide serial killer.

In addition, Chizmar provides additional unexpected revelations that will shock the reader and put things in perspective.

Thanks to NetGalley and Gallery Books for providing an Uncorrected Proof in exchange for an honest review. 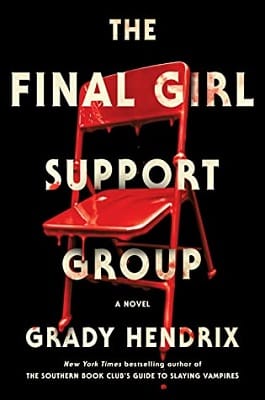