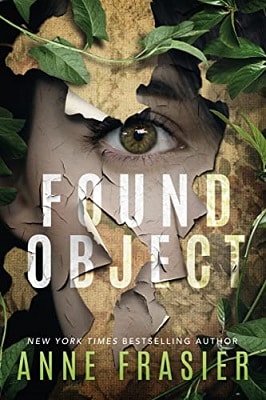 Jupiter Bellarose is an investigative journalist. She’s been working undercover to write an exposé on a respected art evaluator and artist, who himself has been forging and selling very good copies of the masters.

Unfortunately, she made the mistake of falling in love with him, so is devastatingly heartbroken when he walks off into the ocean to drown himself following the publication of her feature article.

After a breakdown and a spell in a psychiatric hospital, Jupiter’s editor decides she needs to get away for a while and sends her to Savannah to write a fluff piece on the 100th anniversary of famous cosmetic company Luminescent started by the Lumet family. However, Savannah is the town where she grew up and where her father still lives. It’s also the town where her mother, actress Marie Nova was the face of Luminescent, before she was murdered twenty years ago when Jupiter was sixteen.

Sent away to live with her mother’s sister in Minneapolis, Jupiter hasn’t been back since and has seen little of her father. Now that she is older, she has many questions about the day she and her father found her mother’s body and about the man who, almost too conveniently, confessed to the murder. Once back in Savannah, she reaches out to Ian Griffin, the young cop who was the first responder at the scene and is still with the Savannah Police in the hope that he can help her sort out some of the doubts she has about what she saw that day.

This atmospheric novel has a slow but steady build-up, setting the scene by introducing us to Jupiter’s father Max and policeman Ian Griffin and his delightful young niece Poppy as well as the Lumet family who own Luminescent and live in a grand Southern mansion. Jupiter is also starting to heal her relationship with her father and discovering more about her mother who was somewhat distant from her while she was growing up, often living apart while acting in a film or TV series. She also learns more about the cosmetics Luminescent produced and the reason the company is struggling now.

The descriptions of the landscape, exotic plants and sunny days overlays everything with a strong Southern aura, adding a richness to the plot. The Lumets themselves are an enigmatic family with many secrets. Although Jupiter warms to the matriarch Phaedra and can remember playing at the mansion during her childhood, she now finds the family mansion quite eerie.

The steady, almost dreamlike, build up culminated in a fast and furious unfolding of a number shocking revelations in multiple twists. In fact, it felt somewhat over the top and at least one less twist could have resulted in a smoother but just as shocking ending. Although, not one of Frasier’s fast paced thrillers that readers have come to expect, this is an engaging character driven murder mystery with a cast of interesting characters and a little romance along the way.

With thanks to Thomas & Mercer via Netgalley for a copy to read.

Found Object is available at:
Amazon