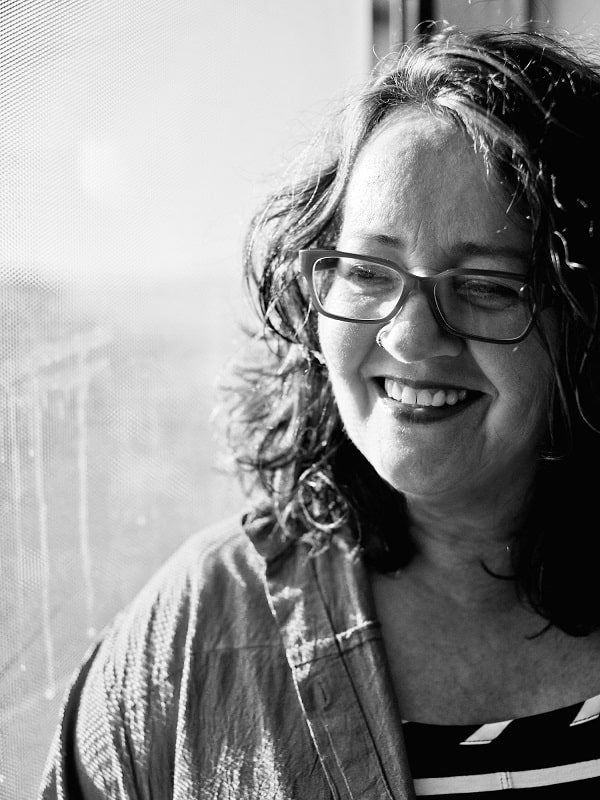 With forty-plus books already published, she continues to create characters who are perhaps less than perfect, each struggling to find their own slice of happy.

Q Why the hero and heroine chapters in each book of this series?

Freya: It was not a conscious decision. I have had that in every book I have written. I have found books written from a single point of view to be unbalanced. I want to be inside both main characters heads to show more of their personal evolution and thought process during the book. Readers get both perspectives from an event that happened. It enables me to explore behind the scenes when something happens.

Q Are your books more mystery or romance?

Freya: I think I do a pretty good balance, leaning on a little more suspense. The label romantic suspense for me creates pockets of tension through misunderstandings. I want to include everyday events that people experience in real life. This puts the characters in a context on how they interact to life.

Q Why the title in a sentence of each story?

Freya: I try to do it, so the title becomes purposeful with an intent and cohesiveness. Everything gets tied in including the title. I will sneak it in, knowing the readers’ enjoy trying to find it.

Q How would you describe Alex, the heroine of High Meadow?

Freya: Independent, motivated by idealism, emotional, passionate, strong, determined, big- hearted, and pragmatic. She is a bit of an earth-mother type. She has preconceived ideas which can make her a bit naive.

Q How would you describe Jonas?

Freya: He is a traditionalist and old fashioned. He has lived in a male dominated environment, being surrounded by ranchers and having been in Special Forces. He is considerate and can be a charmer when he wants to be. Jonas can also be open-minded.

Freya: It is a mature relationship. Neither is looking for a partner, yet there was some chemistry both could not ignore. There is not a lot of angst, emotional situations, in the relationship, but more a cerebral approach. I am not a fairy tale writer and want it to be real. I hope I reflected that they could talk about misunderstandings and their feelings. In the beginning Alex is guarded but not for long, because she was willing to open to a possibility.

Q In the book, High Stakes, how would you describe Nella?

Freya: I wanted to write a contrast to her sister Pippa who went missing. Nella is the stable one. At first view, each sister appeared unmatchable. Nella is determined, cautious, stubborn, gutsy, headstrong, and direct. Because she is a librarian, she has become very sheltered, and kept her world as a very small safe environment. She found herself after her sister disappeared.

Q How about the hero Fletch?

Freya: He was in the background in the first book, High Meadow. I love grumpy characters considering three of my four brothers are cantankerous. These types of men have a softer core that they protect by portraying themselves as grumpy. He likes to avoid people, does not know how to communicate but is loyal and caring. Fletch is a bit of a hermit and does not have the patience to deal with other people’s stupidity.

Q What can you tell us about the relationship between Nella and Fletcher?

Freya: At first it was condescending with him being bossy over her. They eventually found trust with each other. They were an unlikely combination until they were thrown into a dire situation. They saw each other in a different light. Nella’s determination to expose herself to danger has Fletcher seeing her as naïve at first.

Q In High Ground how would describe Pippa, the heroine?

Freya: She is like me since I have an interest in traveling in a camper. She is colorful, exuberant, adventurous, unpredictable, a Tomboy, non-traditional and non-conventional. She is a rebel.

Q How about the hero Sully?

Freya: Protective, possessive, formidable, confident, kind, and complex. He is a decent and strong man. Underneath there are levels of insecurities.

Q How about the relationship?

Freya: Everything changes once Pippa finds out she is pregnant from a one-night stand with Sully. At first, she is angry, hurt, and vulnerable. Then they became supportive of each other. It was a process because they were forced into the situation with the unexpected pregnancy. This is based on reality since I just witnessed it with my daughter. She found out she became pregnant by her friend. The friendship had to evolve into something else. They chose to forge a relationship and some of that was portrayed in the book. I wanted to bring up the real issue of health insurance and how it affected the characters’ decisions.

Q The latest book of the series, High Impact has very emotional topics. What can you tell us there?

Freya: Yes, this book was heavily loaded in terms of Lucy’s background who was abused. I wanted to show how the heroine, Lucy was raped, bullied, manipulated, and lost control. Lucy lived a lie for years, basically hiding in plain sight.

Q How would you describe Lucy?

Freya: From the first book on Lucy is portrayed as someone with a chip on their shoulder and someone who is hiding something. Anti-social with trust issues because of what she went through. She is also independent, stubborn, strong, sarcastic, and defiant. But she can be compassionate by establishing a horse therapy site for those who were raped or abused. For me, horses were a comfort. It is a way to teach people to trust again. She is extremely complicated and has many layers because she is a survivor. She is an observer, someone who sees herself as an outsider to avoid scrutiny.

Q How about the hero, Bo?

Q What was the role of Bo’s mom, Zuri?

Freya: She was a bit of comic relief. Zuri showed how loyal he was to his mom and their relationship anchored him. She is pushy, sharp-tongued, and is how Lucy’s backstory becomes prevalent becomes she probed her.

Q What about the relationship between Bo and Lucy?

Freya: She never likes to show public affection which put their relationship off-balance. Bo was smitten with her. He became frustrated with her lack of communication. She has self-protective instincts which holds her back.

Q Next books? Are you going to write about any of the secondary characters from this series?

Freya: By the time I was writing the last book the side characters played a role. I am thinking of either doing a spinoff, a next generation, or just continue the books with the secondary characters becoming main characters. There will be more books with a fictional timeline moving forward in years.

My next book, the sixth in my “Arrows Edge series,” titled Edge of Trust, is out in March. In Durango the head of a motorcycle gang is married to an FBI Agent. One of the gang members is matched up with a bartender. She is a rebel, like Pippa.  In the story there is a murder, a sex club, and organized crime.

The “High Mountain Tracker” four book series by Freya Barker has characters people will root for within a very suspenseful plot. The characters are strong, mature, and range in age from their late thirties to middle age with both the hero and heroine having histories and hang ups to navigate. In each book there are strong independent women facing off against alpha-males. It is a modern-day western suspense with added doses of romance.

The first book in the series, High Meadow has Jonas Harvey facing off with Alex Hart. He has a business that tracks domestic terrorists, criminals, and missing people with his retired Special Forces buddies, Fletch, Sully, and Bo. Jonas also has another business, the High Meadow Stud Horse Ranch where he and his ex-military friends work on the ranch.

dogs and a donkey. New to the area, they would have to build the rehabilitation reputation of

their farm. But everything is put on hold until escaped convicts are found because they have decided to set up their terrorist operations on Alex’s land. Jonas feels the need to protect her even though she makes it clear she and Lucy can protect themselves. As they work together a chemistry is formed that leads them to become intimate.

High Stakes has Nella Freling searching for her sister Pippa who has gone missing in Montana. No one in law enforcement will help so she tries to contact Fletch Boone, a highly recommended tracker. Nella’s first interactions with him goes badly since he is rude and an overall jerk.

They decide to work together to find Pippa since Fletch realizes that Nella had no sense of self-preservation, and her stubbornness got her into trouble in more than one circumstance. She went off into the mountains looking for her sister with no idea what she was doing and Fletch needing to rescue her multiple times. The couple bond over the search but each has insecurities that they must overcome before the relationship becomes solid.

High Ground has Pippa Freling recovering from the attacks after being rescued by Nella and Fletch. Pippa has decided to make roots in Libby Montana to be closer to her sister. Unfortunately, she got pregnant after a one-night stand with Sully Eckhart, one of the trackers and a ranch hand. She is resentful and angry since he never contacted her after that night, basically ghosting her. But after hearing he is the father; he becomes very protective of Pippa. Eventually they decide for the baby’s sake to get together, realizing that they are more alike than not.

The suspense happens after Pippa has inadvertently become involved in a murder case. The FBI has her as a suspect in a five-victim murder investigation. This also puts her in the scope of the killer. Now Sully and the team must protect her and work with the FBI to clear Pippa’s name and find the true killer.

High Impact focuses on the backstory of Lucy Lenoir. She was a common thread throughout the series, always helping the other heroines. Lucy was there for everyone. She was content to run the horse rescue and horse therapy alone and be in her own company. This story has Lucy attempting to overcome her past and hiding from it. She ran away from an abusive situation and has tried to reinvent herself. But after Lucy suddenly becomes the center of threats, framed for a murder, and has her rescue animals attacked, she realizes her past has caught up with her.

Bo Rivera is content to work with his “brothers” on the ranch and helping with the tracking business. But watching his friends finding someone to share their life outside the business has created some longing for more in his life. Being misled and trusting too quickly almost had him burned so he is very careful when it comes to women. But he feels a draw to Lucy that he can’t seem to ignore. The attraction that has simmered between Bo and Lucy for a while keeps growing and Bo appoints himself to watch over Lucy and find the person responsible for threatening her.

All these stories have plenty of drama and suspense. There are twists and turns, surprises, and dangerous situations. Wanting to learn more about these mature characters’ lives will keep readers turning the pages. 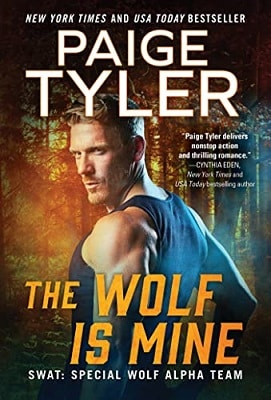 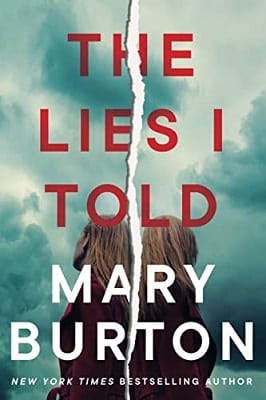