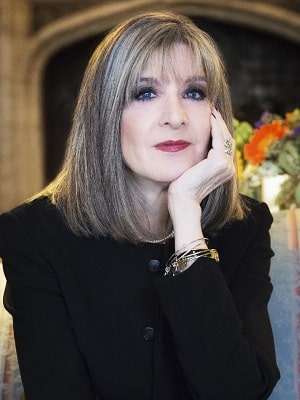 Hank Phillippi Ryan is the USA Today bestselling author of 12 thrillers, winning the most prestigious awards in the genre: five Agathas, four Anthonys, and the coveted Mary Higgins Clark Award. She is also on-air investigative reporter for Boston’s WHDH-TV, with 37 EMMYs and dozens more journalism honors. Book critics call her “a master of suspense,” “a superb and gifted storyteller,” and she’s the only author to have won the Agatha in four different categories: Best First, Best Novel, Best Short Story and Best Non-Fiction.

Q. Your latest, The First to Lie came out in August. For those who haven’t read it yet, what’s it about?

Hank: That’s always the hard part, isn’t it? In writing a psychological suspense thriller like The First to Lie. it’s very difficult to describe it without giving spoilers! But here’s a fascinating thing: There was a challenge on Twitter to describe your book in for words. Okay, I thought I can do that! So:  Betrayal. Motherhood. Obsession. And revenge.

There was another challenge on Facebook which said: describe your book in five phrases. So for The First to Lie they are: An undercover reporter who is in too deep. A devastating childhood betrayal. A beautiful sailboat on the Chesapeake Bay. A rich and powerful family. And…an ice pick that is not used for ice.

The new trade paperback version has just been released! And The First to Lie was just nominated for the prestigious Mary Higgins Clark Award. Very wonderful—I am so honored.

Q. You’ve said elsewhere you were a huge Agatha Christie fan as a child. How has that early admiration affected your writing?

Hank: Oh, I remember reading Agatha Christie novels early on—and I was enchanted by her storytelling. I remember very clearly the first time I read Murder on the Orient Express. I closed the book afterward and thought–wow! How did she do that? And I remember that I instantly started reading it again to see if I could uncover all the clues. That’s what I adored and still adore about her novels. They are clever, and intricate puzzles, but still relatable. There are clues throughout – they are fair, aren’t they? And in the end, there is a wonderful solution that the reader could have seen coming! I love that total immersion storytelling, where the reader is on the journey to solve the mystery and battling wits with the author to try to figure it out.

Q. Famously, you worked forty-three years as an investigative journalist. How are the techniques of going after corrupt politicians and hardened criminals similar to writing crime fiction?

Hank: It’s so similar! The goal of a good investigative story is to have a character you care about, a problem that needs to be solved. You want the good guys to win and the bad guys to get what’s coming to them. And in the end, do you want some justice, and you want to change the world a bit. That is exactly the same as the goal of crime fiction! Also, in writing a good investigative story there needs to be a beginning and a middle and an end, and extremely high stakes, and repercussions for everyone. You track down clues, and follow leads, and do deep research, and use analytical thinking. Again! Exactly the same in both fields. And also—dialogue. How I’ve learned to interview and question people comes in very handy when I am creating dialogue for my characters.  I ask myself: what would someone really say? And why? What do they want, and what would they say to get it?

Q. Have you recently read anything that stuck with you?

Hank: Yes! I just finished We Begin at the End by Chris Whitaker – it is astonishing. I am not exaggerating when I say it’s destined to become a classic. I am also loving Sarah Stewart Taylor’s wonderful new novel called A Distant Grave. It is terrific! Elly Griffiths is always a favorite—she is so brilliant. And Lisa Jewell is incomparable!

Q. What are you working on right now?

Hank: I am extremely excited to be working on the launch of my next psychological suspense: Her Perfect Life.  A reporter relies on an anonymous source to tell her secrets about other people—but what happens when he suddenly begins telling her secrets about herself? She has fame, she has fortune, she has a beloved daughter. All she has to do is keep one secret. But how can she do that–if the spotlight is the most dangerous place of all? 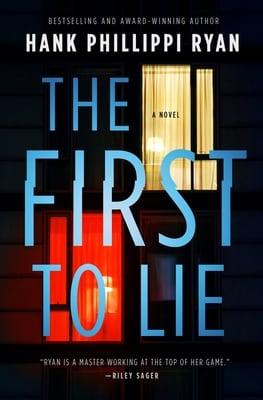 The First To Lie

What happens when an undercover reporter gets in too deep? And when a practiced liar has to face off with her own truth—how does she choose her true reality?

Who will be the first to lie?