“It begins with a spark. A simple act of carelessness that ignites the autumn grass of the Sierra Nevada. In minutes, the flames spread.”

If you are looking for a fast-paced thriller that leaves you on the edge of your seat, unable to do anything but finish this book, Hold Back the Night is for you. If you want to read a novel with escaped convicts, Mexican drug cartels, bad-ass female police officers and a raging wildfire to top it all off, you will love this book. It held me captive until the very last sentence (pun intended).

Duane Mims is a former cop and convicted rapist and murderer. Skink is incarcerated for raping and murdering a child. They are being transported to another prison when a wildfire breaks out. They escape with minutes left before they turn to ash. On the run, they look for a place to hide and find a beautiful farmhouse.

In the opening scene of Hold Back the Night, Deputy Leanne Strayer of the Farnham County police department’s SWAT team kills a gang member at a mobile park, unfortunately hitting a little girl at the same time. They transfer her entire team to different departments during the investigation into what occurred. They transfer strayer to Juvenile, where she partners up with Benny Benavides, a seasoned cop. Unfortunately, she is now targeted by a Mexican cartel, intent on seeking revenge for one of their members.

Marjorie Guthrie has finally left her philandering and abusive husband, Tad. She has taken her two children, Jennifer and Joel, and gone to stay at the remote farmhouse her mother and father live in, an hour out into the country. Her sister Mary is there, a rebellious drug addict who has lost her way. As Mims and Skink take over the farmhouse, they lock the entire family down in the basement and so begins a terrifying and heart stopping roller coaster ride of emotion as things fall apart very quickly.

Hold Back the Night is so much more than a thriller. It is a story built on strong women that you never stop rooting for. Every character, except for the two convicts, showed significant character development. Sean Lynch has done a brilliant job taking us on a journey that never lets up the pace. With the firestorm descending on the farmhouse with minutes to spare, the reader will be unable to stop reading to see how the story ends. I was so invested in these characters. They all have such unique personalities that you can’t help but love or hate them. The character of Leanne, the cop with a dark past, especially shines in this amazing novel. 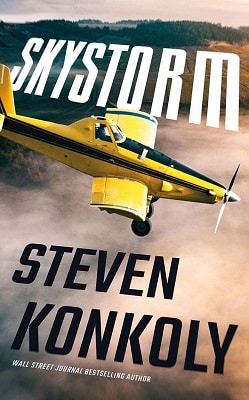