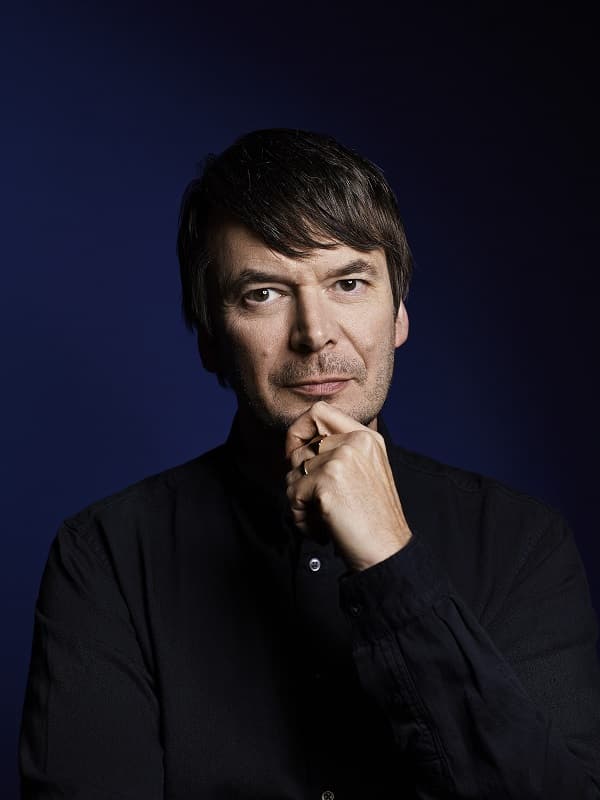 Born in the Kingdom of Fife in 1960, Ian Rankin graduated from the University of Edinburgh in 1982 and then spent three years writing novels when he was supposed to be working towards a PhD in Scottish Literature. His first Rebus novel was published in 1987; the Rebus books are now translated into 22 languages and are bestsellers on several continents.

Q. You’ve completed The Dark Remains based on the unfinished, handwritten manuscript of the late William McIlvanney. How were you selected to write it? How was this process different than your normal writing?

Ian: William McIlvanney’s widow came to his publisher with 100 pages of notes which she had typed up based on Willie’s handwritten notes. There were some completed scenes, character descriptions, a few ‘moments’ from the story, et cetera. She wondered if there was enough there for a novel and asked his publisher to ask me. I had met her several times in the past and she knew I revered Willie and had learned a lot from him. I thought a short novel could be created, but I made no firm promises. It was important to me that the book be Willie’s – his voice, his city, his characters. If you can ‘see’ me at any point, then I have failed. So that was pretty daunting. The book is set in Glasgow (not my natural beat) and in the year 1972 (I was twelve). So a lot of historical research was needed. Also, Willie had no ending, in that he hadn’t specified who the killer was and why they had committed the crime. I had to read between the lines of the notes he had left behind to intuit where the story might be headed.

Q. Your first Rebus novel, Knots & Crosses, was published in 1987, though wasn’t an immediate success. What do you consider your big break, if you have one?

Ian: It was more by way of a sequence of small breaks. The books got better and better; booksellers and librarians started spreading the word; then I won the Gold Dagger for Black and Blue – that’s a prize for the best mystery novel published in the UK in a particular year. My publisher sat and up and took notice after that, and put more thought and money into promotion and publicity.

Q. In an interview with The Guardian you mentioned that you’d become a suspect in a real life case based on your writing. What’s the story there?

Ian: Ah, that was during the writing of the first Rebus book. I was a grad student. I didn’t know anything about the police – so I wrote to them and asked if I could come to a station and ask some questions. The cops there asked me what my book was about. Turned out the plot was similar to a case they were working on. So they added my profile to their computer…just in case!

Q. Besides reading and writing, what do you do in your free time?

Ian: During lockdown I started doing a lot of jigsaws – 1,000 piece jigsaws – mostly of artworks. I also do cryptic crosswords and Killer Sudoku. And I really like going to the pub…

Q. What’s next for Rebus?

Ian: I’ve just finished a Rebus stage play. I’m hoping it might be in UK theatres next year. And now I’m mulling over starting a new book – maybe a Rebus, maybe not. 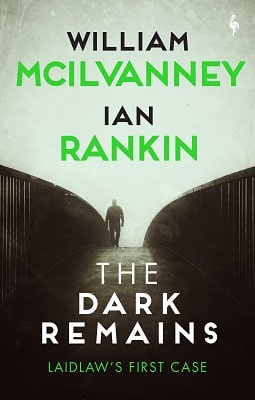 Lawyer Bobby Carter did a lot of work for the wrong type of people. Now he’s dead and it was no accident. Besides a distraught family and a heap of powerful friends, Carter’s left behind his share of enemies. So, who dealt the fatal blow?

DC Jack Laidlaw’s reputation precedes him. He’s not a team player, but he’s got a sixth sense for what’s happening on the streets. His boss chalks the violence up to the usual rivalries, but is it that simple? As two Glasgow gangs go to war, Laidlaw needs to find out who got Carter before the whole city explodes.

William McIlvanney’s Laidlaw books changed the face of crime fiction. When he died in 2015, he left half a handwritten manuscript of Laidlaw’s first case. Now, Ian Rankin is back to finish what McIlvanney started. In The Dark Remains, these two iconic authors bring to life the criminal world of 1970s Glasgow, and Laidlaw’s relentless quest for truth.