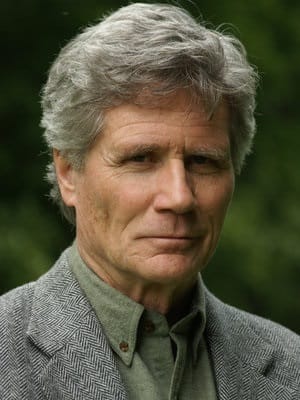 John Verdon has held several executive positions with Manhattan advertising firms, but like his protagonist, he relocated with his wife to rural upstate New York. His bestsellers include Think of a Number and Shut Your Eyes Tight. On Harrow Hill is coming March 16.

Q. In your latest, On Harrow Hill, ex-NYPD detective Dave Gurney comes out of retirement once again to face down a murderer. What inspired you to write this one?

John: Like each of the previous six novels in the series, On Harrow Hill began with a “What if?” idea that grabbed my imagination. In this case, what if all the evidence at a murder scene, including fingerprints and DNA, pointed clearly to a killer who was himself declared dead the day before the murder occurred? What if a security video in the funeral home where his body was stored showed him breaking out of his own coffin — and going out into the night to begin his murder spree?

The novel then incorporated the obvious next questions: How could this have happened? How would such a terrifying event affect the local community? What conflicts would arise? What dark secrets would come to light? What violent collision of interests would lead to a revelation of what really happened and why?

This is the way On Harrow Hill took shape in my mind. Once I had the basic threads of the plot, they expanded dramatically, carrying me along with them. In a way, that’s also what happens with the main character, Dave Gurney. Once he becomes intrigued by a situation, he has to follow it step by step to a satisfying conclusion — the revelation of the truth the villain has tried to conceal.

Q. Is it true that your wife, Naomi, inspired you to write your first novel, the blockbuster Think of a Number?

John: After we retired from our careers in New York City and moved to a rural area upstate, I spent a lot of time reading detective novels. I became interested in how the stories were constructed, and one evening as I was describing this to my wife she said simply, “If you know how they’re written, why don’t you write one?” That little challenge started me thinking about plot ideas.

There was one in particular that appealed to me. What if a man with a deeply troubled past, now leading an exemplary life, should receive a series of increasingly disturbing communications from a shadowy person who claims to know his darkest secrets? That ignited a whole series of additional “what-ifs” that began to give the story shape and complexity.

When it was finished, my wife then gave me the needed encouragement to believe that the book might actually be good enough to get published. After that, my wonderful agent, Molly Friedrich, made it happen.

Q. You wrote, “Detective stories are essentially moral in their orientation.” Expanding on this, what kinds of lessons do readers get out of detective stories?

John: Detective novels, at least the ones I enjoy the most, are searches for the facts that have been concealed by the story’s villain for selfish purposes. The crimes in these stories arise out of warped desires — i.e., extreme manifestations of pride, greed, lust, envy, revenge. The solution arises from a logical, step-by-step progression toward the truth. I believe these stories are appealing for several reasons, but perhaps the most important one is the feeling they give us, however fleeting, that reason and right motives can triumph over cruelty and lunacy. It can be a fragile feeling, especially when battered by world events. But I believe it has the power to point us in the right direction.

Q. Famously, you live on a large spread of land, much like Dave Gurney. How does this setting affect your writing?

John: A version of the environment my wife and I live in has been incorporated in the Gurney novels. I find that having a realistic starting point provides a good foundation for the creation of a wide range of fictional details.

John: The eighth Gurney novel. Like all the others, it’s based on an engaging “what-if” idea. But unlike the initiating concepts in the other stories, I can’t reveal what that idea is — since it goes to the heart of the killer’s motivation. But I can say that the murder at the center of this story is the strangest that Gurney has ever encountered.

The idyllic community of Larchfield is rocked to its core when Angus Russell, its wealthiest and most powerful citizen, is found dead in his mansion on Harrow Hill. A preliminary analysis of DNA gathered at the crime scene points to the guilt of local bad boy Billy Tate, whose hatred for the victim was well known. Except that Tate fell from the roof of a local church and was declared dead by the medical examiner the day before Russell was killed. When police rush to the mortuary, they discover Tate’s coffin has been broken open from the inside and the body is gone.

A series of murders soon follows as Larchfield loses its collective mind. Gun sales explode. Conspiracy theories and religious fundamentalism spread. The once-peaceful town becomes a magnet for sensation seekers, self-proclaimed zombie hunters, TV producers eager for ratings, and apocalyptic preachers rallying the faithful for the end of days. His quiet retirement shattered, ex-NYPD detective Dave Gurney finds himself not only facing down a murderer, but struggling to restore order to the town rapidly spiraling out of control.