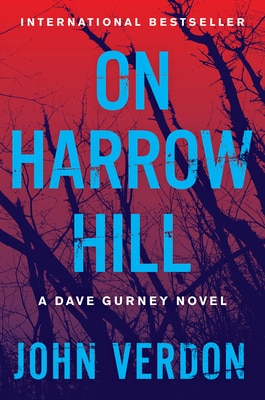 The arrival of a new John Verdon thriller is sure to excite many who have loved past novels with Dave Gurney helping on yet another homicide investigation. Gurney, a former NYPD Homicide Detective with many years experience, has a way not only with coming to assist many of the rural New York communities, but also finds himself growing in unique ways.

With this case, which has layers upon layers of oddity, Gurney agrees to head to the community of Larchfield, where his former partner is running the show. However, there is nothing routine or textbook about what he discovers, save the increasing number of bodies piling up. Verdon is at his best with On Harrow Hill, and this is one book sure to impress anyone who takes the time to read it.

Dave Gurney has been enjoying retired life, though he seems never to be able to get into the swing of things before he’s called upon to help with another homicide. When his former partner asks for a favour, Gurney cannot say no, remembering their time on the NYPD together and the night Gurney was almost killed. He agrees to come to Larchfield, a small community that has no experience with crime, let alone murder.

The town’s wealthiest man, Angus Russell, has been found murdered inside his mansion on Harrow Hill. During the preliminary investigation, forensics uncovered a print and some blood of the suspected killer, Billy Tate. This should make it a fairly simply open and shut case, save for the fact that Tate died in a freak accident the night before and is currently in a coffin, awaiting burial. Baffled by this, Gurney tries to deal with the widow, though she is anything but helpful, wanting to tie up all the loose ends so that she can return to the lifestyle to which she has become accustomed.

If that were not enough, there’s a disturbance at the morgue and the Tate coffin’s been opened. Analysis shows the baffling proof that it was destroyed from the inside out, which is substantiated by some surveillance video that show Billy Tate alive and well—at least as well as someone who was struck by lightning and fell from a church steeple can be—before he leaves the building.

Given barely enough time to wrap his head around that, Gurney and the local authorities discover that two more bodies have turned up, one likely murdered on the way to the Russell killing and one soon thereafter. Might Tate have been resurrected and begun an odd killing spree? The mysteries continue with a massive manhunt started.

As Tate’s involvement with a satanic movement comes to light, Gurney follows new leads to help put some order to the case. Fanning the flames is a religious movement committed to ‘saving the town’ from the zombie satanist, while a reality news website has made it their business to add as much glitz and spin to things as possible. Gurney must wrestle false leads away from these two sources, while also protecting himself, as his property is targeted at one point.

While Billy Tate remains on the lam, Gurney and the others will have it find a motive that explains it all, while also capturing the killer before more bodies turn up. From whispers about a sordid past through to opponents of Tate’s personal beliefs, there are no shortage of people offering themselves up as potential victims, though Dave Gurney does not seem dissuaded in the least to catch yet another sadistic killer!

John Verdon does a masterful job in yet another thriller in this series, pulling the reader into the middle of the case in the opening chapters. His attention to detail and wonderful subplot development makes this book one that the reader will want to devour as quickly as possible, as I did. Using a few tangential leads to keep things interesting, there is no lack of intensity as the narrative builds, right up to the final reveal that had me shaking my head.

Dave Gurney cannot catch the break that retirement was supposed to bring him. If it’s not being asked to help out yet again, he’s thrust into the middle of a new household project his wife has for him (this time an alpaca farm)! While personal growth and backstory may not be something to which he is subjected throughout, the reader can see how his methodical thinking helps to shape the pace of the story and solving the crime at hand. He is by no means indestructible, though he tries to take it all in and find the core issue, working it through to a reasonable conclusion. However, resurrection and satanic belief might be a little outside Gurney’s ability to comprehend, even with 25 years in NYPD Homicide.

Verdon develops a handful of key secondary characters in this piece, who are essential to the success of the novel. There is no shortage of personalities in this piece, all of whom work their own angles to enrich the plot and keep the reader wondering. While it is not a whodunit with a few potential killers the reader must suss out, there is much to be said about those who make up the foundation of a small community. Some complement Gurney and some prove to be essential roadblocks to solving the crime.

This was perhaps the best Verdon piece I have read, though I have loved them all a great deal. The flow of the story is perfect, revealing much as the narrative builds. Verdon has done well to develop this quirky, layered story that is not a simple A to Z crime thriller. Rather, the reader must wade through some distracting side stories (as Dave Gurney does too) to get to the heart of the matter. With a mix of chapter lengths, the reader gets hooked and then finds themselves sitting for long periods just to get a better understanding of what’s going on. While it is not your typical crime thriller, its uniqueness makes it one readers will want to explore and challenge themselves with throughout the journey.

Kudos, Mr. Verdon, for a book I could not stop reading. I hope others are ready for as wild a ride! 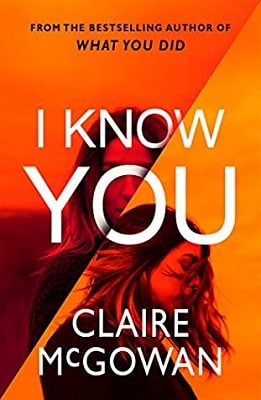