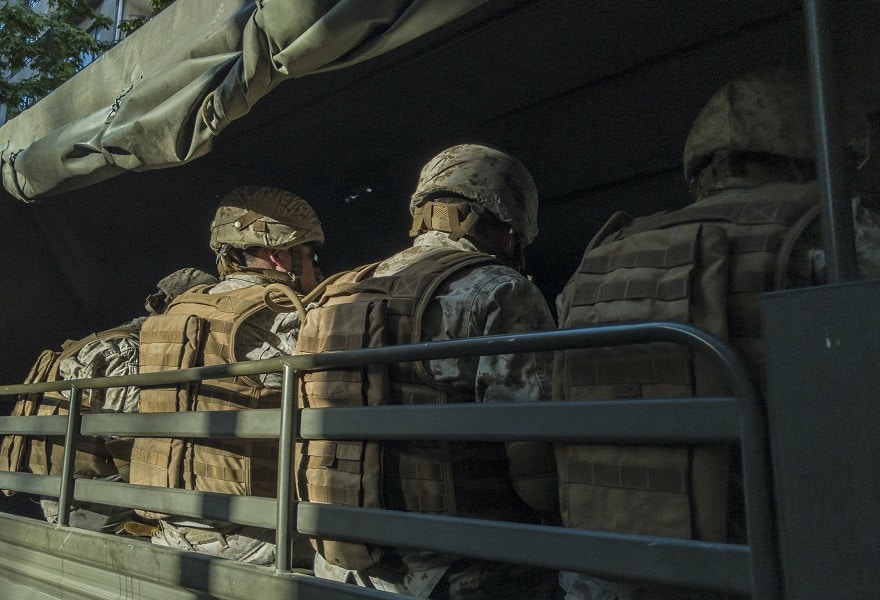 The first military thriller I ever read was one I pulled off my father’s bookshelf called Ice Station Zebra by the venerable Alistair MacLean. A cold war thriller about a nuclear sub sent on an Arctic rescue mission during the Cold War, it was full of tech, spies and tension. I was hooked, and so began a lifelong love affair with military and technothrillers.

Ice Station Zebra was a multinational best-seller in the 1970s, but barely scores 4 stars on Goodreads today and 28% of reviews are three stars or less. The book hasn’t changed, but thriller readers’ tastes have, and it is interesting to take some of the best thrillers of recent years and x-ray their bones to see just how. By way of comparison, I’ll compare a couple of the older classics to a few of the new ones.

I feel the need … for speed

Ask a group of fans to name one of the greats of military thrillers and you won’t get far before someone cries, “Tom Clancy, legend!” Having spoken about Alistair MacLean’s great submarine novel, let’s look at Clancy’s: The Hunt For Red October. This was the novel that propelled Tom Clancy from being an aspiring writer and keen amateur historian, to a global bestselling author. After the recent death of Sean Connery, who played the lead character in the movie of the same name, I re-read Clancy’s novel and noticed that unlike a lot of modern novels, the start of Clancy’s 1984 novel was actually quite … relaxing.

We are introduced to a couple of the protagonists in gently descriptive scenes featuring the Russian Red October submarine easing its way out of port and heading off on patrol. It is not until page 20 that the first action occurs – a brief, unexpected murder. It is then followed by chapters of exposition about sub technology and introductions to the protagonists. Not until halfway through the book does the real action start. It’s no surprise then that Clancy’s publisher now subtitles Red Storm Rising as ‘a suspense thrillers’ and personally, I love a good build up. But try this with a modern day reader and you’ll likely get this comment: “Call this a thriller? Nothing happens until halfway through the book!”

Many modern military thriller readers want the book to start with the pot already on the boil, and modern writers realize it. In The Terminal List, writer Jack Carr starts his novel with the protagonist already staring through the scope of his rifle, ready to take a shot.

Forget the slow burn build-up of old. In many modern military thrillers the reader is gripped by the throat, shaken around and then dropped on the ground to catch their breath, absorb what they have just read and then immediately propelled into the next chapter.

Characters with flaws and (hidden) depths

There is a beguiling simplicity to Clancy’s protagonists. Red October features a bereaved Russian who just wants a good life in the west. And a young naïve CIA analyst whose story arc can be summed up as ‘hates flying at the start of the novel and conquers it by the end.’

Contrast this to another of the all-time greats of military thrillers, Markus Luttrell’s 2007 Lone Survivor. This one is ‘narrative fiction’; a true story, dramatized by the one of the greatest naval thriller writers, British author Patrick Robinson. Character development is at the heart of this novel, which describes Luttrell’s harrowing journey from a carefree military life in Bahrain to the fight of his life on a mountainside in Afghanistan.

Novels like Luttrell and Robinson’s feed a growing hunger among readers to understand what motivates the sacrifice and bravery of the men and women of the armed services. These days we don’t only want to read about what they do, we want to understand why they do it.

And so to Carr’s protagonist again; James Reece, in Terminal List. We find out in the first few pages he’s a killer. We spend the rest of the book trying to understand why. Even when the reason becomes clear, we struggle with the morality of the decisions he’s making, his single-minded pursuit of bloody revenge for a perceived wrong that leaves no survivors in its wake. Connecting the dots in this complex character is just as satisfying as connecting the dots in the plot.

From page turner to page tearer

Military thrillers like Clancy’s novels keep you turning the pages to see what is going to happen, as much because you have invested a lot of brain power second guessing the plot, as from the writing itself propelling you forward. In the 1990s a new breed of military thriller writer emerged who took the blazing energy of Top Gun and Die Hard, and poured it onto the page.

One of the greatest exponents of the end of chapter cliff-hanger is Australian writer, Matthew Reilly. In his novel Ice Station (no relation to Alastair MacLean’s!) he not only introduces one of the classic military thriller heroes of all time, Shane ‘Scarecrow’ Schofield, he also introduces a unique way of structuring his novels.

There are no long narrative passages, no drawn-out sections of exposition or even dialogue; each chapter is chopped up into bite sized pieces of ten to twenty paragraphs like scenes in an action series. And he doesn’t just end each chapter on a cliff hanger, he ends each of these smaller sections – some of them no more than a single paragraph – with a remark, an event, a curse or a surprise that leaves the reader with a constant subliminal ‘what? why?’ that keeps them turning to the next section, and the next, and the next, until suddenly it is three a.m. and you decide you might as well keep reading until breakfast.

Then we come to Jack Carr who tempers the sometimes exhausting cliff-hangery of Reilly, with an accelerating drumbeat of action. Where Reilly’s novels are like a streaming TV show, with every chapter an episode that keeps you binging, Carr’s novels follow the action-movie flow that Buzzfeed described so well almost ten years ago: an unlikely hero → goes on an adventure into the unknown → but trouble arises when they appear → forcing them into a transformation (either hero or villain) → from which they emerge bloodied but unbowed.

A mirror of their times

Comparing the military thriller of today to the early novels of Tom Clancy is very much like comparing Sean Connery’s 007 to Daniel Craig’s. Where Sean Connery’s Bond was a charming, almost two-dimensional rascal of a cartoon cut-out figure, Daniel Craig’s Bond is darker, more conflicted, with personal pain-fueled flaws. At the same time, depth of plot has often been sacrificed at the altar of action.

Luckily, whether you like your military thriller in the style of Alastair MacLean, Tom Clancy or Jack Carr, there is a book and a writer out there for every taste. Here are a few of my favorites that span all styles:

Dawn Attack, Brian Callison: because WW2 is never out of fashion

Characters to die for

Breakthrough, Michael C Grumley: because I dare you not to care what happens to protagonist Alice Shaw

JB Turner’s Hard Road: because Lee Child isn’t the only one who can create a complex protagonist with a tragic backstory and throw them into life and death scenarios book after book

A cure for sleep

Sandstorm, James Rollins: because Rollins does action with humor that makes you feel good about the sleep you just lost

The Terminal List, Jack Carr: because I can’t use it as a benchmark in an article like this without linking to it so you can see for yourself!

FX Holden is a pen name of award-winning author Tim Slee. Slee is a former Australian intelligence officer and journalist, now living and working in Europe. As FX Holden, Slee writes best-selling technothrillers. His new novel KOBANI: This is the Future of War, was released in December 2020 on Amazon. 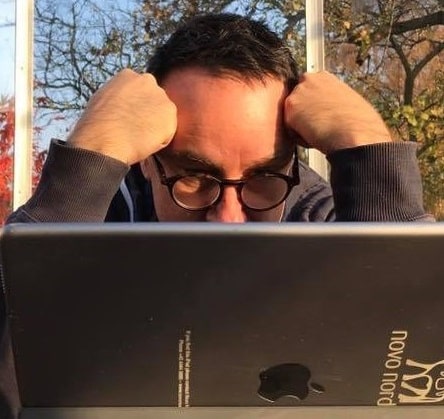 END_OF_DOCUMENT_TOKEN_TO_BE_REPLACED

A military thriller told with the raw, gritty visuals of a horrific war