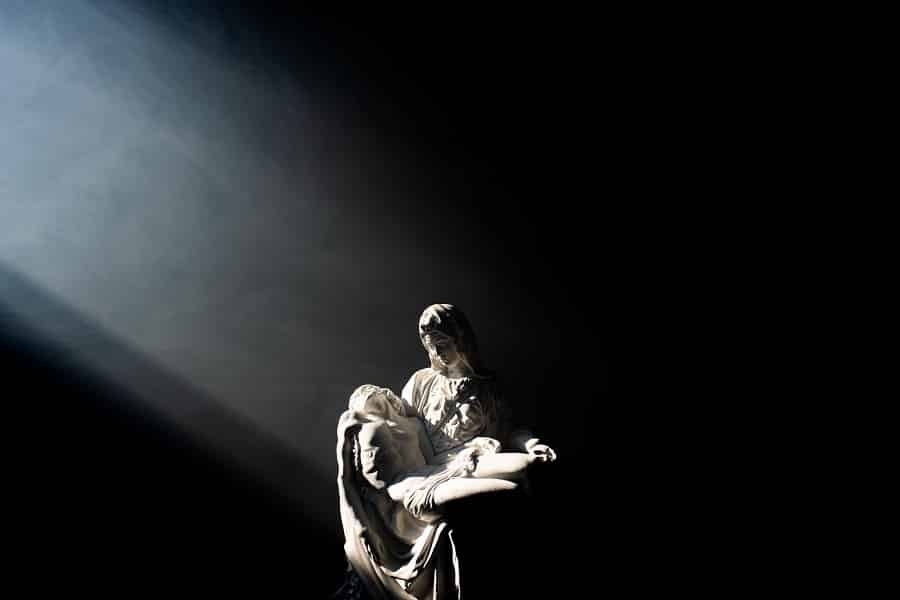 Integration of Cultural and Moral Issues within Mysteries and Thrillers

Ok, let’s be real. No one, including me, has ever picked up a new mystery or thriller book, read the back cover copy, and thought to themselves, “Gee, I hope this book helps me grow as a person.”

Like me, most people are way more interested in how the author will use death, politics, religion, secrets, betrayal, technology, or that lost ancient civilization to keep us on pins and needles for the next few days. Yet, as a thriller author myself, I found that the books that truly inspired me to write, and the ones that stayed with me long after THE END, were the books that also forced me to ponder deeper moral or philosophical questions. The moral use of technology, social injustice in the face of power politics and greed, the difference between a true versus a tainted religion, and other serious issues raised in the narrative.

At first, the concept of weaving sensitive moral and cultural issues within the fabric of a good mystery or thriller sounds ludicrous, like a forced marriage or an unholy mashup. But is it, really? I am going to step out on a limb and suggest that mysteries and thrillers integrate controversial issues of poverty, injustice, corruption, bigotries, religion, politics, envy, deception can extend the market appeal of the genre. While there are very popular intentionally dark, dystopic titles and authors in the genre, there are also some very successful mystery / thrillers that infuse subtle themes of philosophy, morals, religious or cultural values. I like to call these ethical thrillers.

Meeting Reader Expectations or Exceeding Them

There’s an unspoken rule, right? Genre literature, such as romance, fantasy, sci-fi, mysteries and thrillers, helps us to escape from reality. We go to non-fiction or literary works for a social conscience. Thrillers are not supposed to put reality under a magnifying glass to fry our conscience like an ant on a sunny day. Indeed, the entire purpose in life of a good mystery is to engage the reader, and keep them engaged, turning the pages until the very last one. Readers crave chills and thrills, not a prick to their conscience; they want a mystery to solve, not a moral dilemma to face. The only thing they should think about is how to solve the mystery or escape the inescapable dilemma. And for a large segment of the reading community and published titles, these statements will be true. In fact, many readers crave dark, dystopic characters and stories that avoid these types of deeper questions altogether. I question whether that does not represent the broader reading community. Based on which books have become best sellers, it may not.

Show Me the Money – A Few Notable Examples

While many dislike Dan Brown as an author, The Da Vinci Code was a smash hit. Brown successfully covered an explosively controversial religious premise with a well-crafted narrative told through characters we wanted to trust. Yet, if you take away the religious controversy, then the story is just another espionage style chase story with some cool locations and puzzles as a literary gimmick. The controversy had people talking more than the literary excellence.

The Michael Crichton classic Jurassic Park spawned debates regarding the ethics of DNA manipulation and gene splicing that continue to this day. Scientists in the field began to avoid the press for fear of a backlash.

In the Agatha Christie murder mystery, And Then There Were None, a mysterious host forces ten people to face the consequences of past immoral actions. Agatha led readers to see the consequences as justice, without offering a moral justification for ten murders.

In the Dan Brown novel Inferno, the protagonist attempts to stop the plans of a dead sociopath who intends to kill half of the world’s population with a deadly virus out of a genuine fear of over-population. Did the villain commit an act of terror or an act of mercy?

In each of these examples, the author doesn’t force the reader to accept a conclusion, but rather, 1encourages the reader to consider the genuine issues more deeply.

The Real World – A Major Source of Narrative Conflict

Without conflict, mysteries and thrillers would be boring. Yet, the troupes of guns, bombs, viruses, or other forms of lethal conflict are so common as to be considered cliche. Tolstoy wrote of the Russian revolution where food, warmth, security and trust were in short supply, contrasting the morality of governments with needs of people. Was it over political ideals or political power? Mark Twain wrote of a Southern culture that teetered between church going purists and gamblers, criminals with blatant racial injustice. While these classics are older references, they teach us not to shy away from conflict, inclusive of the conflict of ideas, religion, politics, the ethics of technology or social injustice.

America recently witnessed a volatile insurrection on our Capitol by those seeking to overturn an election standing alongside those carrying ‘Jesus Saves’ banners. Regardless of which side you land on, that event begs for countless narratives to tell the personal stories from both sides. Like War and Peace, there will be those who praise and those who curse, but any narrative with a deeper truth as opposed to rhetoric will endure the test of time.

Putin invaded Ukraine because he couldn’t stomach the break-up of the Soviet Union, convincing the Russian Patriarch to sell it as a righteous act. There are countless mysteries, thrillers and personal accounts that will spring from that one historical event. Each narrative will give a unique voice to the moral questions behind the war.

A recent leak revealed a Supreme Court plan to overturn Roe vs Wade, which drew immediate protests and social unrest. Conspiracies and fingers already give birth to powerful narratives. The lives of tens of millions will be affected, creating the substance for a murder, mystery, conspiracy or a thriller. Authors have both an opportunity and an obligation to build genuine issues within either through the premise or the characters. Maybe a few new troupes are needed to refresh the genre.

What are the Benefits

Done skillfully, weaving in these dimensions of humanity can add an extra dimension of current day relevance that will connect with the reader. Great thrillers, like other great literary works, can and should get us to think, to wonder, to question and even to change. The power of a narrative over a non-fiction treatment of such touchy subjects is the fictional ability to illustrate both sides through the appealing characters without appearing overly analytical or preachy.

But there are dangers to avoid and pit falls to navigate when dealing with issues that have so much emotion punch. Let’s talk about that.

Whatever side of an issue compels you to write, there will be advocates, converts and detractors. Expect them and write them into the story as characters. Then treat all characters with the respect they deserve. Not only will representing both sides of a sticky topic reduce the amount of blowback from those who oppose your primary views, but will add character development and depth.

In the Da Vinci Code, Brown created three characters within the Opus Dei Catholic Sect. One character, the cardinal, used his religion to justify murder. The second, an emotionally unstable albino, who would do anything for his evil mentor, committed that murder. A third Opus Dei man, the French detective, was a man of integrity, with a moral conscience and the will to do the right thing. All three Opus Dei characters were used to illustrate the difference between a pure and tainted piety or religion. Was this nuance of the story necessary for Langdon to solve the riddle? No, not really. But it led the reader to question what looks religious may not always be true or spiritual. It enriched the theme of the story.

Research is key. It would be impossible to reflect characters of both sides without doing research into the issues from both sides. Narratives thrive on conflict and the author cannot create a believable conflict of conscience or otherwise unless the author has done a little homework. Readers will know the difference between an author representing a bias as opposed to authentic characters of opposing views.

Finally, and perhaps most important, void the temptation to convince the reader or force a conclusion. Be content with raising the question. Jurassic Park never answers whether all genetic engineering is bad, only paints a worse-case scenario of playing God.

Mysteries and thrillers offer a perfect genre for authors to address the most serious issues facing humanity. These stories will never replace a simple fun mystery, but extend the limits and scope of the genre. Climate, political corruption, fascism, socialism, AI weapons and monitoring, income inequality, healthcare, vaccine mandates, water and food shortages, or the other passions that flare for the reader and the author can be fertile literary soil.

There will always be a market for darker and more dystopic mysteries and thrillers that skip these questions. There will always be a demand for murder mysteries based on jealousy, money or other common vices. Yet, if done skillfully, narratives that integrate the moral issues that evoke though and passion have the potential to create a lasting hook long after the reader has finished. In a genuine sense, controversy, like sex, can sell.

Guy Morris is a successful businessman, thought leader, adventurer, inventor, and published composer. During college, Guy was influenced by men of the Renaissance who were fluent in business, science, politics and the arts. After growing up on the streets, he earned graduate scholarships for his macroeconomic models, and awarded as an early webisode pioneer.

With three degrees and thirty-six years of executive-level experience in high tech firms, Guy Morris thrillers bend the fine line between truth and fiction with a sardonic wit. 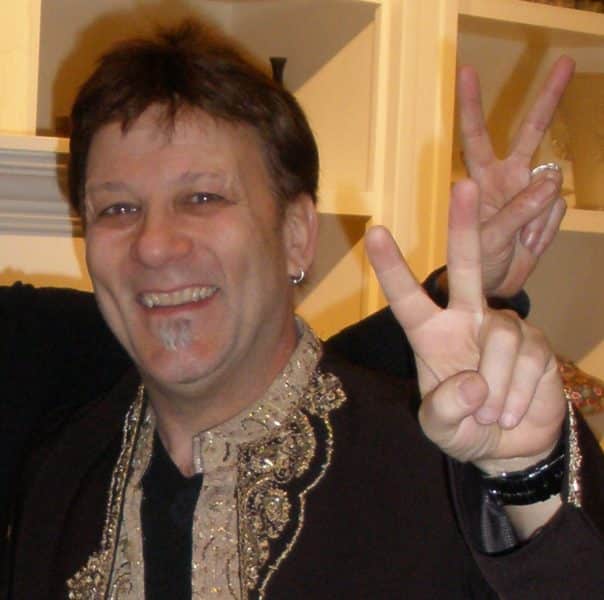