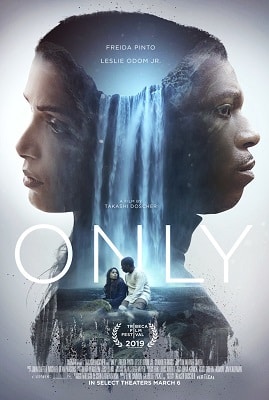 Only is a 2019 post-apocalyptic thriller based in America that take places after a plague kills off the world’s female population. It was first seen at the Tribeca film festival before getting a release on Netflix the following year where it quickly rose into the Top 10 watched films. Only stars Freida Pinto and Leslie Odom Junior, as a couple who are self-quarantining in an effort to stay alive following the ash from a comet that only kills women.

After the government offers money in exchange for living women, bounty hunters and agencies are on the hunt for women that they can sell, which means the couple is left trying to survive. Odom keeps Pinto in a self-imposed quarantine, not allowing her to go outside or interact with others, and restricting her to their two-room apartment. This causes distrust and a break down in their relationship, which some viewers feel amounts to emotional abuse and a terrible display of love. But others thought that the love they share became transcendent and exceptionally powerful due to Odom’s inability to fathom what life could be like without his partner.

Without focusing on any of this, when thinking about whether or not it is a good film, there is a simple way to answer that question: I did not enjoy Only. When watching a film, you want to be able to immerse yourself into the story and the world that you are witnessing. But due to the way the story is cut up with scenes from the present and the past, it becomes impossible to keep track of everything efficiently.

Our timeline begins around 400 days into the pandemic, and begins moving back and forth with what caused the issues, and where everyone ended up, how connections were formed and what led to the development of the relationship between the core couple. But Only could have been much better with either the use of linear storytelling or alternatively, start at the end, and then take us through everything that happened from start to finish instead of shuttling the story around every few scenes. I struggled to keep track of everything and what act led to a particular outcome, which was of course disappointing. There are much better options out there for people looking for their quarantine film.