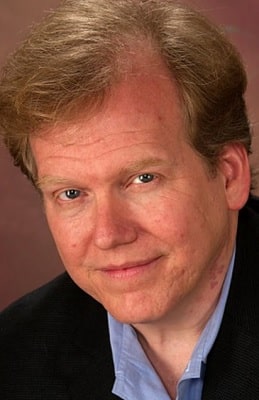 Q. Famously, your first step into the world of writing was as the author of Murder 101, an original screenplay that won an Edgar and a Spielberg competition. What did writing for Hollywood teach you that you conveyed into your novel writing career?

Roy: For the first ten years of my writing career, I worked exclusively as a screenwriter. It happened quickly – just days after I graduated with my film degree, I became a finalist in the national FOCUS (Films Of College and University Students) awards, a contest sponsored Steven Spielberg, George Lucas, Martin Scorsese and Francis Ford Coppola. I ended up winning first place for my Murder 101 screenplay, and soon I had three major studio offers for the script. It was eventually produced as a cable film starring Pierce Brosnan, and I won the Edgar award for it.

Murder 101 led to other screenwriting assignments for Universal, Warner Bros., Disney and MGM, and each of those projects taught me a lot about the craft of writing. Screenwriting is a much more constricting art form than novels – mainstream Hollywood films have a rhythm to them that’s hard to break from, whereas in novels we have much more leeway to explore different ways to tell our stories. But some of my old screenwriting habits do come through in my novels. Screenplays are built from many short scenes; it’s rare for a scene to run more than two pages. I tend to write my books the same way, and I think it gives them a heightened sense of pace and energy. Kirkus Reviews once said I “plot like a string of firecrackers,” and I think they were responding to this idea.

Q. What was your collaboration with Stan Lee all about? And did you ever meet him in person?

Roy: I’ve had books published and movies produced, but I’ve always gotten the biggest reaction from that one-month job I did over fifteen years ago: I created a superhero with Stan Lee.

All these years later, it’s still surreal to think about. Stan had an idea he wanted fleshed out, and he brought me in to talk about it. Stan could not have been nicer and more positive; He was holding my book “Beyond Belief,” and he told me he started out wanting to write novels, and he regretted never following through with that dream. I told him he should still do it, and he laughed and said he just might. We talked about our main character, and our excitement grew as we bounced ideas back and forth. He was especially enthusiastic about my thoughts for the villains. For this comic book geek, it was one of the most incredible afternoons of my life.

The character was called The Accuser, and I ended up writing the first several adventures. It certainly didn’t reach the heights of Spider-man, Iron Man, The Hulk and Stan’s dozens of others, but I’ll always be thankful for that experience. “Legend” is a word that gets tossed around a lot, but it definitely applies to Stan Lee.

Q. What does collaborating with your mother (and lauded author in her own right), Iris Johansen, bring to readers?

Roy: We had each been writing professionally for over twenty years before we started writing together. It was both easier and harder than we imagined it would be. Easier because we quickly managed to merge our styles in a way that most people still can’t tell who wrote what, which is just the way we want it. But harder because writing with a collaborator is always going to be something of a negotiation. We need to know we’re on the same page (literally and figuratively), so there’s a lot of upfront discussion so we’re both clear on what the book is going to be about. After over ten books though, we’ve hit a groove that makes the process much easier. I’ll write seventy or eighty pages, then my mother will write the same amount, then it’ll be my turn again. We try to surprise each other, and maybe even write each other into corners. It keeps things unpredictable, both for us and hopefully the reader.

Q. Blink of an Eye (Kendra Michaels #8) comes out February 2, 2021. What is Dr. Michaels up against this time? And, for readers new to the series, what do they need to know before they jump in?

Roy: A world-famous pop star is kidnapped mid-concert at The Hollywood Bowl, and Kendra joins forces with private eye Jessie Mercado to try and get her back. Their adventure takes them through some of my favorite Los Angeles landmarks, and it was fun setting this case in the city I love so much.

We try to make each Kendra thriller stand on its own, and Blink of an Eye is no exception. We adore Kendra, and we’re still having fun exploring her and her unusual backstory. She spent the first twenty years of her life as a blind person, so she grew up developing her other senses to compensate, as all blind people do. But now, with the gift of sight, she takes nothing she sees for granted. So she’s incredibly observant in every way, which serves her well as an investigator.

Roy: I’m writing a solo book which will be out in 2022. Kendra will be prominently featured, but private eye Jessie Mercado will be the lead character in that one. Jessie has been in three or four Kendra thrillers now, and readers have been clamoring for her to get her own book. It’s fun exploring facets of a character that aren’t easily revealed as a mere supporting character. I feel I owe it to Jessie.