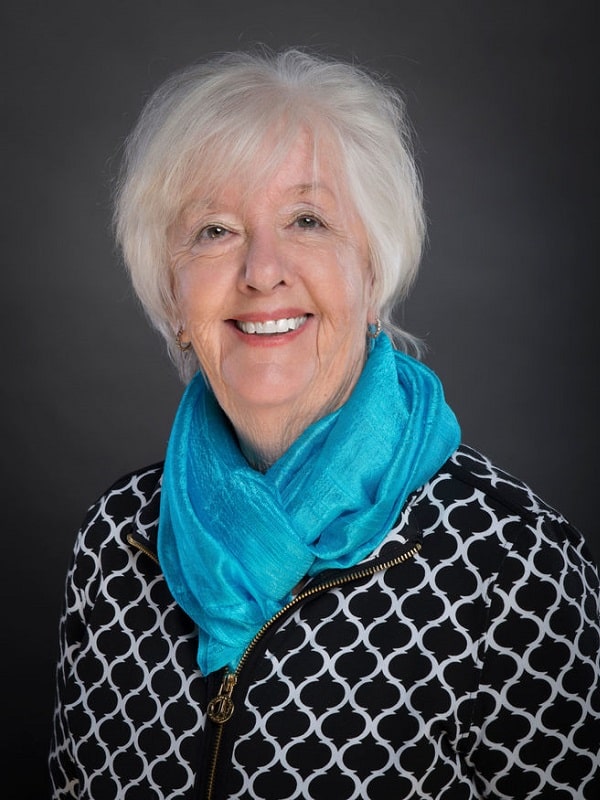 Rhys Bowen is the New York Times bestselling author of more than forty novels, including The Venice Sketchbook, The Victory Garden, The Tuscan Child, and the World War II-based In Farleigh Field, the winner of the Left Coast Crime Award for Best Historical Mystery Novel and the Agatha Award for Best Historical Novel. Bowen’s work has won over twenty honors to date, including multiple Agatha, Anthony, and Macavity awards. Her books have been translated into many languages, and she has fans around the world.

Q. Your daughter, Clare Broyles, is writing with you. How did that go?

Rhys: I put the Molly Murphy series on hold because I was writing two other books a year. I did not have time to write a third book this year. Molly was in a good place in the last book seventeen, so I decided to put her on the side for a while. Clare came to me during the pandemic and said she would like to write the Molly series with me. I was a little bit ambivalent because she is my daughter and thought ‘what if this does not work out.’ Plus, she has never written a mystery. It was a smooth process in writing with Clare. She had gone back and read all seventeen books, which helped her come in with Molly’s voice perfectly.

Rhys: We plotted what should happen and talked our way through a few chapters. It was a real collaboration, 50/50 all the time. We swapped scenes and put in our input. I would make sure the transitions were good. Now, if I look back, I cannot tell you which scenes I wrote and which scenes she wrote. It was a delight because she saw this series with new eyes and great ideas. The one thing Clare does not know is the details about New York, which I filled in. I should take her to New York and give her the “Molly Murphy” tour. My plan is to write a few more with her and then stand back for her to write the series. This series really has New York as a character.

Q. Who came up with the idea for the story?

Rhys: My daughter, Clare. She pointed out it has been four years since the last Molly book and some people might have forgotten so there is a need to remind the readers what happened. This story has to do with Molly going back to Ellis Island in a role reversal from the first book, Murphy’s Law. There with her ward, Bridie, Molly finds out that there is another woman with a red head who looked like her and is Irish. Her husband, Daniel, comes home that night and tells her that there was a murder on Ellis Island and the prime suspect looks just like her.

Q. Why is it a role reversal from the first book, Murphy’s Law?

Rhys: Molly travels to New York from Ireland using another woman’s name. When on Ellis Island the name she used turns out to be the prime suspect. In this book we double twisted it around. I wanted to show I came full circle with Molly who has a strong sense of justice.

Q. Does this book explore Molly as a working mom versus a stay-at-home mom?

Rhys: Yes, this a theme throughout the book. We wanted to show what it is like for a woman who is a wife and mother of a two-year-old son plus her ward Bridie. She has a responsibility to her family, plus a difficult mother-in-law, while at the same time trying to be a sleuth. This takes place in 1907, but the attitude is still around today. One unintended issue is feminism, including the suffrage issue.

Rhys: She likes to put her two cents in and take over the household. Martha asserts her authority and feels Molly is holding her son, Daniel, back. Because Daniel is an only child there are strong ties with his mother. All her energy is focused on her son. He had a chance to marry into higher society but after choosing Molly his mother became very disappointed. It will always be a bit contemptuous, but she does realize Molly is a good wife and mother.

Q. How would you describe Bridie?

Rhys: She had an insecure life until now. Her family dumped her on Molly. In this book, Bridie realizes Molly and Daniel want to adopt her and blossoms. The neighbors across the street are giving her big dreams. Being a teenager, she is testing her bounds. She is smart, sweet, confident, creative, and likes to express herself. She is feeling at home for the first time.

Q. Can you explain the quote from Daniel, her husband, “If you weren’t a woman, you would be a great detective.”

Rhys: Even today, in the police departments there is still the sentiment. Molly still works in a man’s world. In some of the previous books she did have some very dark cases, mingled with gangs and a demented serial killer. She had lived a life that is challenging and dangerous. Regarding Daniel, I do think he is remarkable and tolerant for the time. He is quite tolerant with what Molly does. Legally, she had nothing. If she ended her marriage she could not take the children with her. This is New York law, including a husband can beat his wife with a stick. The law had the husband the lord and master and the wife one of the things the husband owned. From the status point of view if a wife worked it meant the man could not support the family, which would be very shameful.

Rhys: The next Molly Murphy with Clare is titled All That Is Hidden. It deals with politics and corruption when William Randolph Hearst ran for New York Mayor against Tammany Hall. It will come out the beginning of March next year. There will be problems with Molly and her mother-in-law who tries to push Daniel forward. My next historical novel will come out in August, another WWII book, titled, Where the Sky Begins. After a bombing of her house this uneducated woman ends up with nothing. She is evacuated out to the countryside because of her injuries. There she makes a new life and makes things better for people. It is a book about personal growth.

Wild Irish Rose by Rhys Bowen and her daughter, Clare Broyles, brings back the beloved character Molly Murphy after a hiatus. Besides a good mystery, this book also explores the difficulties women face while being a working mom.

After marrying Daniel Sullivan, Molly Murphy agrees to give up her private investigation business. As expected in 1907, she wants to be a good mother and wife. Yet, she finds something is missing, knowing she was a very good detective. Now she must walk a fine line between her curiosity and responsibility, wanting to be a PI again. She is a very smart detective who can connect the dots.

Traveling to Ellis Island with her ward, Bridie, and her two friends to distribute clothing she finds that a murder has taken place. That evening Molly’s husband, Daniel, tells her the accused looks just like her and is from the same country of origin. This seems to come full circle for Molly considering she was also accused of murdering someone on Ellis Island. Now she is determined to prove the woman innocent. Here the feminist angle comes into play when Daniel wants her to stop investigating, fluctuating between being supportive and condescending.

The other thread gives more information about Bridie’s backstory. At thirteen, she is behaving like a typical teenager, testing the adult’s authority. Bridie begins pushing against Molly’s guidance, wanting, at age thirteen, to be treated as a woman, not a little girl.

This is a wonderful read and those fans of Molly Murphy will not be disappointed. It has everything from action, drama, relevant issues, and a good mystery. Writing with her daughter is a treat not a trick since the plot is flawless. 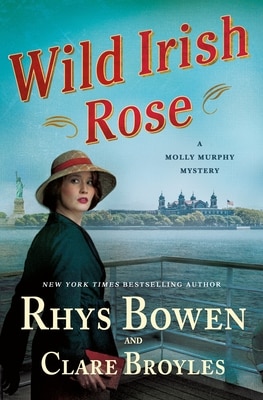 New York, 1907: Now that she’s no longer a private detective—at least not officially—Molly Murphy Sullivan is looking forward to a time of settled tranquility with friends and family. Back in New York, where her own story began, Molly decides to accompany some friends to Ellis Island to help distribute clothing to those in need. This journey quickly stirs up memories for Molly. When you’re far from home and see people from your country, every face looks like a family member.

That evening Molly’s policeman husband, Daniel, is late returning home. He comes with a tale to tell: there was a murder on Ellis Island that day, and the main suspect is the spitting image of Molly. The circumstances are eerily similar to when Molly herself arrived on Ellis Island, and she can’t help but feel a sense of fate. Molly was meant to be there that day so that she can clear this woman’s name.