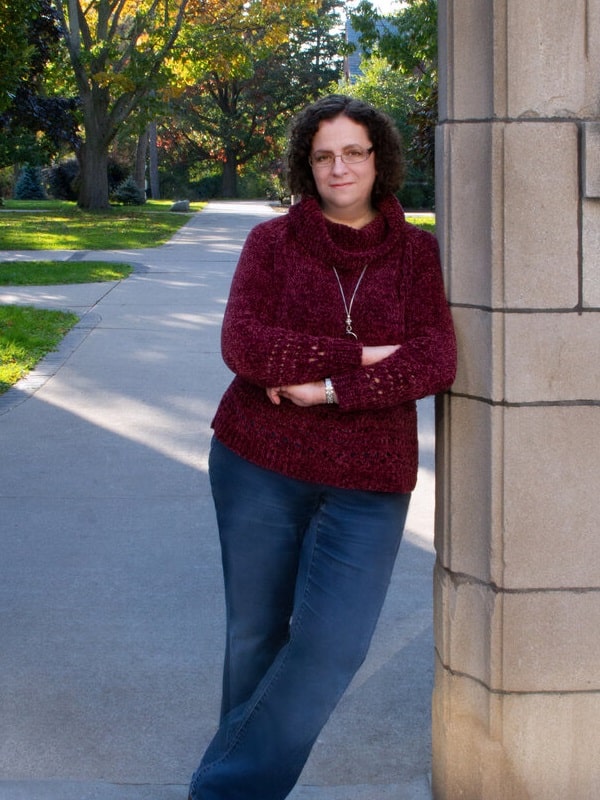 With Ann Vanderlaan, she writes two series. Under Danna and Vanderlaan, they craft suspenseful crime fiction with a realistic scientific edge. Their five Abbott and Lowell Forensic Mysteries include DEAD, WITHOUT A STONE TO TELL IT; NO ONE SEES ME ’TILL I FALL; A FLAME IN THE WIND OF DEATH; TWO PARTS BLOODY MURDER; and LAMENT THE COMMON BONES.

Under the joint pseudonym of Sara Driscoll, they write the FBI K-9s mysteries series, starring search-and-rescue team Meg Jennings and her black lab, Hawk. The series includes LONE WOLF, BEFORE IT’S TOO LATE, STORM RISING, NO MAN’S LAND, and LEAVE NO TRACE. The sixth book in the series, UNDER PRESSURE, will release in December 2021.

Q. What is the writing process having two people under one pen name, Sara Driscoll?

Jen: We brainstorm together. Since the main characters are cemented at this point the plot becomes a joint project. I came up with the concept of the dogs tracking people instead of objects while Ann came up with the blood diamond concept. As I do all the drafting, she was sending me information on the blood diamonds. Then we do a chapter by chapter edit. We have been writing together since 2007 and writing professionally since 2009.

Q. How did you become partners?

Jen: As I was writing online just for fun Ann called me out on a stupid gun error I made. I left a bullet in the chamber, thinking the gun was unloaded. She told me I probably killed the protagonist in my book. We just started to move forward from there.

Q. What is your profession?

Ann: I got my PHD in Veterinary school. I was on the faculty at Purdue. Vet schools graduate PHDs and practicing vets. Then I decided to change professions and for thirty years I worked for the oil industry. We made sensors for NASA and Mt. Saint Helens. It was a matter of describing and predicting to build a better furnace that controlled emissions.

Jen: My full-time day job is a laboratory manager in a Covid lab. We run national trials with transmission and infection.

Q. The featured dog is Hawk. Why a black lab?

Jen: Originally that was a dog I grew up with. We wanted a breed that can do search and rescue. We did not want a patrol dog. But Ann was the brains behind the dog because I have cats. The dogs are smart enough to look for a particular smell.

Ann: Bully breeds cannot be on a military base like Pit Bulls. I rescued a dog from Fort Hood. There are certain breeds that cannot work with law enforcement. Labs are loveable, friendly, and have web feet. We even put in the quote, “labs will do anything for food.” Dogs can smell what direction someone went. I had a schnauzer that washed out of search and rescue because he figured out what direction a person was going. He was too good.

Q. There’s aggressive lab in the story. Why?

Jen: Hawk gets aggressive ONLY when Meg’s life is in danger. He is very protective. We have a lab, bloodhound, German Shephard, and a border collie as dogs in the book.

Ann: It depends if they are threatened. Some breeds are aggressive while labs are not. The dog we base the information on is an American bully, a certified working and therapy dog. I became certified so I could realistically see how these searches would go.

Q. What is McCord’s relationship with the FBI?

Jen: Now he is considered part of that team. But with our first book, Lone Wolf, Meg consulted him because it was a personal case. The rest of the team was very upset over that, very disapproving. McCord wins them over because he keeps his mouth shut till the case is resolved and has useful information.

Ann: The Washington Post has a way that confidential information can be provided. This is a legitimate back channel for speaking with reporters.

Q. Why did you feature the Italian mafia and the diamonds?

Ann: The diamonds have been a focal point in Africa. It has created conflict between China, Russia, and the US. I have been following blood diamonds for quite some time and how it drives people on the political stage as well as poaching.

Jen: Organized crime is how illegal gems move through the US. We set it in Philadelphia because it is one of two places on the East Coast where there is action with the mob. They are still around and are the middleman to get it out to the jewelers.

Q. What can you tell us about laws against assaulting a canine officer?

Ann: In Tennessee county where I lived a dog was shot by someone who tried to rip off a car dealership. They are just one of only a few states that does not have on the books a law governing an assault of law enforcement officers. In a special session they are voting to make it a felony to assault canine law enforcement.

Q. How did the fight scene come about?

Jen: I choreographed that scene where I live with my daughter and son-in-law to figure out how it will work. I wanted enough detail and action to make it exciting. I had the bad guy batter with the elbow instead of a fist because I did not want to give Meg another concussion. To describe a fight scene, it must be worked out ahead of time.

Jen: Next book is titled Still Waters and is coming out around this time next year. Brian, Meg, and the dogs travel to Minnesota for a training exercise where someone gets killed. They go for a weekend for water search training.

Ann: I came up with water search after Cane, my dog, found a friend’s diamond ring in six inches of water because of the scent the human had on it. He found it in a marshy shore area. He was able to smell the scent that percolated to the surface. Where I live in North Carolina there are two search teams just devoted to water search.

Jen: Lockdown is the title in the hostage negotiator series but no release date. The plot has a Brooklyn high school, where her nephew attends, having a school shooting and a hostage situation. The story is written from Logan and Gemma’s point of view.

Under Pressure by Sara Driscoll, the author pseudonym of the writing team of Jen J. Danna and Ann Vanderlaan brings back their FBI dog handling teams. It features Meg Jennings and her canine partner Labrador, Hawk. In this novel, Meg, and her partner Brian Foster along with their dogs Hawk and Lacey, a German Shepherd, are asked to go outside their comfort zone.

Meg, Hawk, and her team take on the Italian mob to end the smuggling of conflict diamonds. A Philadelphia syndicate is importing diamonds from war-torn African nations and selling them with fake certificates to Stateside dealers. FBI Agent Finn Pierce of the Organized Crime Program is embedded with the syndicate but being caught with a wire or tracking device would mean instant execution. If Meg, her partner Brian Foster, and their dogs can track Pierce to a deal location, they can break the smuggling chain while maintaining Pierce’s cover.

Meanwhile, Clay McCord, respected newspaper reporter and partner of Meg’s sister Cara, has also been researching the cartel on the sly, hoping for an expose. When he misses a pre-arranged 12 hour check in, Cara notifies Meg and her team quickly assemble in hopes of finding some idea of what has befallen him. It is easy for Cara to contact Meg since they live side by side in a duplex along with their partners.

All these FBI novels show the diversity of search and rescue dogs. They have skills and talents that enable them to do a wide range of searches. It is also interesting the different breeds of dogs that can be utilized. 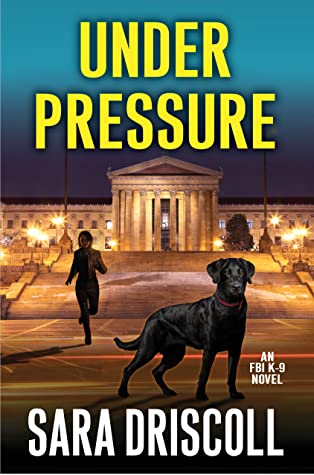 FBI handler Meg Jennings and her K-9 partner, Hawk, are drawn into a case that involves a fortune in uncut gems, and an enemy whose power and ruthlessness know no bounds.

Diamonds are no one’s best friend when the jewels in question are smuggled conflict gems. Meg Jennings and her Labrador, Hawk, have undertaken many search-and-rescue missions, but this case has an unusual twist. A Philadelphia syndicate is importing diamonds from war-torn African nations and selling them with fake certificates to Stateside dealers. Agent Finn Pierce of the Organized Crime Program is embedded with the syndicate, but being caught with a wire or tracking device would mean instant execution. If Meg, her partner Brian Foster, and their dogs can track Pierce to a deal location, they can break the smuggling chain while maintaining Pierce’s cover.

With the syndicate monitoring every move, it’s a risky operation with more players than Meg and Brian first assumed—on both sides of the law. And when one of their own gets caught in the line of fire, the team embarks on a desperate rescue mission, knowing that mere seconds are all that separate life and death.