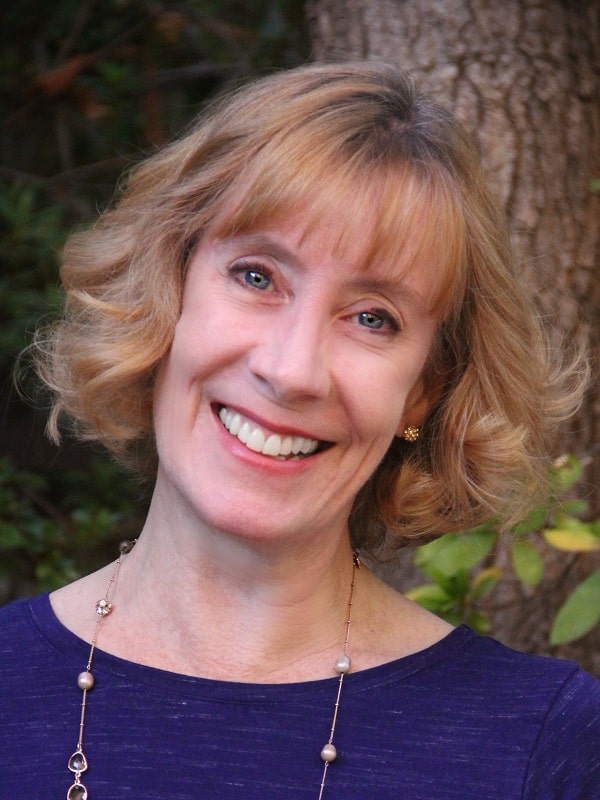 Sarah Sundin is a bestselling author of World War II novels, including Until Leaves Fall in Paris. Her novels When Twilight Breaks and The Land Beneath Us were Christy Award finalists. The Sky Above Us received the Carol Award, and When Tides Turn and Through Waters Deep were named to Booklist’s “101 Best Romance Novels of the Last 10 Years.” Sarah lives in California and serves as co-director of the West Coast Christian Writers Conference.

Q. Why the ballet?

Sarah: I did it growing up for ten years. Paris is the home of ballet. The ballet is in the main character’s heart.

Q. How would you describe Lucie?

Sarah: Her character was inspired by Sylvia Beach, a single woman, who ran the bookstore “Shakespeare and Company.” It was an English language bookstore in Paris in the 1920s and 1930s up until December 1941. Many of the bohemian expatriate’s literary community hung out there including Hemmingway. She also published James Joyce’s Ulysses. I gave Lucy a reason to stay, sacrificing her savings to buy a bookstore from her Jewish friends so they can escape. She is dreamy, artistic, and poetic with her feet on the ground. She can read people. Since she only went through 8th grade, she did not feel smart because of being a daydreamer and not good with numbers.

Q. How would you describe Paul?

Sarah: He was easy to write because he is very much like my husband and son. Very left-brain with numbers as their friends. Paul is good with people in a managerial way and knows what makes them tick. He has no appreciation for the arts. Typical of people who are like Paul, an engineer. He is also an extrovert, social, and likes to be around people.

Q. What about the relationship between Paul and Lucie?

Sarah: Her intuition told her one thing, while her eyes and ears told her something else. She cannot make heads or tails about Paul. They do have similar personalities. They are kind, honorable, courageous, and determined. They challenge each other. Both came into the relationship guarded and judgmental.

Q. What role did Josie play?

Sarah: She is Paul’s four-year-old daughter. She is very creative and spirited. She challenges Paul and grows very fond of Lucie who appreciates her stories. She thinks Lucie is wonderful and is enamored by her. Josie bonds with Lucie. Paul originally tried to stifle her thoughts but comes around to understanding her through Lucie who brought both together.

Q. Tell us about France’s treatment by the Nazis?

Sarah: Early in the war, France was different, than by the end of the war. The Germans wanted to pacify the French, so they delayed being brutal. But everything changed in 1942 where the Nazis took away Jewish businesses. They censored civil liberties. They took over houses. German repression was light early on to make sure there was little resistance. At first, they only did some things like the “Otto Rule,” a ban on books, and burning of books. But by the end of 1941 their horrific behavior spiraled. French police helped with the roundups.

Q. What was the role of the bookstore?

Sarah: I thought about how the resistance found interesting ways to pass messages. I thought that they could do it through the pages of the books. It was like choreographing the resistance code. Lucie would greet resistance members like any other customer. The store would be a letter box. Books brought in were placed behind the desk. The code question to be asked is, “did you read the author?”

Sarah: No title yet. It is set in Denmark in 1943. The hero is a Nobleman and takes on the persona of a shipyard worker. He meets a nuclear physicist, a brilliant woman. They both work for the resistance and strike up an unlikely friendship. It delves into the rescue of the Danish Jews. Because of the resistance over 7,000 Jews were taken safely to Sweden. The whole Danish population united to save their fellow citizens from the Holocaust. It will be out this time next year.

Until Leaves Fall in Paris by Sarah Sundin shows why she is the master of writing World War II fiction. This story is filled with intrigue, danger, and romance when two American expatriates living in Paris navigate the “normal” of German occupation in 1940, while secretly working for the resistance.

Lucie Girard has been living in Paris since she was ten years old. She quits her job as a ballerina for the Paris Opera Ballet School to buy her favorite English language bookstore from her good friends to allow the Jewish owners to have money to escape Nazi controlled France. She decides to use the bookstore to help the resistance by having them hide messages in books she delivers to other resistance members.

Widower Paul Aubrey is being shunned by the Americans living in Paris including Lucie. Even though Lucie is attracted to him she rejects him when she discovers he sells to the Germans. Paul is an engineer and owns an automotive factory in France. He is only cooperating with the Nazis because the American military asked him to be a spy. Paul offers his own resistance by sabotaging his product and hiding British airmen in his factory.

This is an excellent historical novel. Sundin has engaging characters and realistically shows what it would be like for Americans living in Nazi occupied France during the neutrality period of 1940.

Per Sarah Sundin: “I decided to write a story with Americans who remained in France during the occupation. Through my research I found there were thousands of Americans who remained in France between the Nazi invasion of 1940 and before December 1941, when America was still neutral. At that time American citizens there were free to come and go. Some stayed because of having their roots in France, others enjoyed the French culture, and businessmen who stayed for making money. I wanted to explore these reasons.” 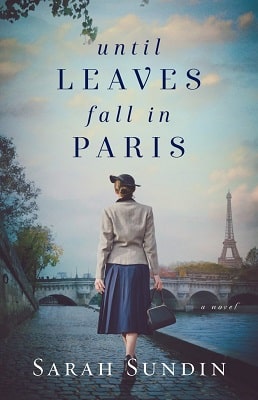 Until Leaves Fall In Paris

As the Nazis march toward Paris in 1940, American ballerina Lucie Girard buys her favorite English-language bookstore to allow the Jewish owners to escape. Lucie struggles to run Green Leaf Books due to oppressive German laws and harsh conditions, but she finds a way to aid the resistance by passing secret messages between the pages of her books.

Widower Paul Aubrey wants nothing more than to return to the States with his little girl, but the US Army convinces him to keep his factory running and obtain military information from his German customers. As the war rages on, Paul offers his own resistance by sabotaging his product and hiding British airmen in his factory. After they meet in the bookstore, Paul and Lucie are drawn to each other, but she rejects him when she discovers he sells to the Germans. And for Paul to win her trust would mean betraying his mission.

Master of WWII-era fiction Sarah Sundin invites you onto the streets of occupied Paris to discover whether love or duty will prevail.