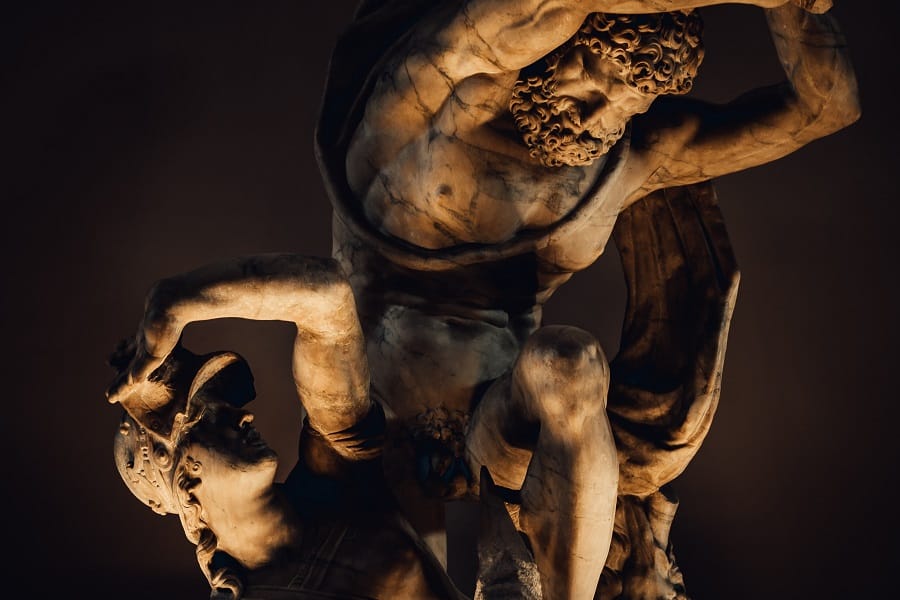 King Oedipus meant well. His entire kingdom was at risk from plague, so it was his job to do something about it. If the oracle said it was because the previous king, Laius, had been murdered, well then, he’d better start asking those questions that he’d never bothered about before.

Oedipus discovers that solving a crime means finding out about himself. He’d never bothered about the guy he’d killed on the way to Thebes. How was he to know that the irritable man was the king, and even worse, his own long-lost father?

Guilty of king-murder and incest, (having accidently married his mother), Oedipus blinds himself because he has been blind to his own existence. The first detective is also the murderer he sought. He does save his community from the plague, at a terrible cost. Centuries later, fictional detectives continue to work on behalf of others, often a beloved community. They also continue to find elements of the killer in themselves. For example, in many stories the detective is a killer in consigning the murderer to the punishment of the death penalty.

Back in Greek myth, Prince Orestes consciously does what Oedipus unknowingly does: avenge his father’s murder. Yet this time, the world is not put to rights because the furies of bloodlust are awakened. Here it takes a goddess, Athena, to inaugurate the rule of law by which the furies might be tamed. Invited to live inside the city, inside the psyche, they become figures of fertility, not destruction.

Athena and Oedipus, like figures in myths from other cultures, are prototype fictional detectives. We glimpse Athena in mysteries where solving the crime is also a solution to the problems in the community. However prosaic Miss Marple, Hercules Poirot, Ngaio Marsh’s Roderick Alleyn etc. appear, along with the cozy sleuths of writers such as Joanne Fluke, Carolyn Hart, Mary Daheim etc, they have divine powers of restitution. In solving the crime, the cozy mystery restores a potentially healthy community.

By contrast, the hardboiled mystery tradition of Raymond Chandler, continued by noir, and writers like Ian Rankin, is peopled with descendants of Oedipus or Orestes. Naturally, the sleuth remains an admired figure who solves the crime. Unfortunately, in the process of solving a murder, the detective also discovers more terrible and ingrained wrongdoing. The hardboiled detective is essentially defeated by corruption in the human heart or the incurable moral decay of cities like Los Angeles and Edinburgh. Like Orestes, the sensitive policeman is haunted by more and more demons from what he has endured. Like Oedipus the noir P.I. of integrity may discover that he himself is implicated.

Fascinating to us readers are those mysteries that hold the tension between a generative detecting process that restores a small group, with a tragic process of uncovering crimes so great that it would indeed take goddesses or gods to undo. Sara Paretsky does a fantastic job of balancing her long-suffering V. I. Warhawks on the cusp of despair and rejuvenation in her mysteries. While V. I. helps individuals and reveals the threads of social evils, she simultaneously detects by constituting a new family. Paretsky typically ends her novels with hope that the greater evils can be addressed. Meanwhile the mental and bodily suffering V. I. endures serves to reinforce the love surrounding her.

A similar balancing act is achieved by ostensibly cozy author, Diane Mott Davidson, whose delightful culinary mysteries featuring Goldy Schultz include a backdrop of very realistic domestic violence from a spouse who will not change.

One way to map mythic variation in detecting worlds is to explore different myth patterns in the sleuth. For example, although V. I. Warshawski cannot cleanse her city, Chicago, from the furies of violence and revenge, the lens of Athena reveals a deep truth. For Athena was the goddess who guarded the city as well as the founder of law courts. V. I. is much driven by Athena care for her Chicago. That she is a fallible human being trying to do the job of a goddess is one good definition of a hero.

Fortunately, V. I. also, like most fictional detectives, contains other myth stories. She is also a kind of Artemis in being a single-minded hunter with a penchant for protecting young women. After all she detects in close partnership with animals, her dogs. There are even traces of Hestia in her, goddess of hearth and home, in her capacity for deep relationships. Similarly, Goldy Schulz and Hercules Poirot channel a lot of Hestia, while finding an inner Artemis when called upon to protect the young.

A god frequently in residence in the detective is Hermes or Mercury, the divine version of the mythical trickster. The fictional detective must be wily to unravel the deceits of the more overt trickster, the villain. Again, the sleuth risks falling into the role of Oedipus, the ultimate trickster trap. Indeed, myths not only inhabit the fictional sleuth, they also shape the story itself. While on the one hand, the mystery itself is a trickster-Hermes, tricking the reader, on the other hand, the genre is also the work of divine Athena, bringer of law, order, and tamer of the furies.

For Athena who sprang from the head of the ultimate father-power, divine Zeus, is a bit of a trickster herself. She works within the system or patriarchy to get her way by trickery or as she would put it, strategy. Hence mysteries are a genre working on us readers within the system on conventions and reader expectations. Yet every mystery is different. Each story depends on following of the rules and making them into mis-directions to trip up the unwary.

Moreover, the mystery form is also divine Athena in generating psychic fertility in us by transforming our furies, our deepest fears of death, and the rages caused by its ravages. Mysteries that solve murders are containing our own terrors by that very act of solving death. In mysteries, death is unnatural, therefore it can be solved or dis-solved.

We know we are reading fiction so we are not fooled on one level, that death can be avoided. Yet on another level, the mystery story is a theater stage on which death plays, is endured, and is cured by the heroic, sometimes god-like sleuth. Critics call this metafiction, that mystery stories are fiction ‘about’ fiction itself. More accurately, mysteries are activity of wily Athena, taming death and its unappeasable furies into pleasure, making psychic fertility containing our fears.

Yet there is also another identifiable myth working inside mysteries; one indicated by Lord Peter Wimsey when he is trying to save a mystery writer, Harriet Vane, from the gallows. “They are the purest literature we have,” he says (Strong Poison, 1930 p. 114). The detective is the modern version of the knight on a quest, mandated to do good deeds to serve the community. Even more specifically, the sleuth is on a quest for the holy grail, a myth that mingles pre-Christian Celtic fertility myths with Christian belief. Here the holy grail is the truth that solves, or dissolves death. Finding the grail, in the myth, heals the wasteland. Finding the truth in mystery fiction might lead to the rebirth, the restoration or re-storying, of the community.

In fact, the cozy or traditional mystery casts the fictional detective as the successful grail knight. She or he discovers the truth about a murder that brings people back together. The holy grail of the detecting solution represents psychic water healing the desert of the wasteland. Where finding the truth fails to entirely restore the world, there the detective falls into another character from the grail myth, the Fisher King. This unhappy figure embodies the devastated wasteland itself, rather like Oedipus embodies the sickness in Thebes.

It is typical of noir, hardboiled mysteries, and crime stories that do not pivot around detecting success, that the sleuth discovers evils that one person cannot solve. Hence the suffering of Rankin’s Rebus, the unhappiness of Philip Marlowe, and the political despair of V. I. Warhawski. These detectives are figures in a myth of tragedy, or the grail myth not yet completed.

It is easy to see that the fictional detective has mythical roots in stories about heroes. However, mystery fiction does not do what is often referred to as “the hero myth,” a modern misinterpretation of myths themselves. In fact, “the hero myth” does not exist, and because it does not exist, it is very dangerous. In The Hero With A Thousand Faces (1949), Joseph Campbell boiled down myth stories to what he felt were common elements including: the summons to a quest, fighting and defeating a monster, a triumphal return to the community he has saved, and marriage to a princess as he takes his place as ruler.

While Campbell has an important point that such narrative elements describe the growth of an individual ego from childhood to maturity, he unfortunately regarded his monomyth as only appropriate for men, with the feminine relegated to being a prize for a conquering male. The sexism and heterosexism of this perspective has leaked into the dissemination of this idea. The problem is that it defines a hero a male warrior bent on conquest. In fact, no one myth follows the simplistic pattern. As we have seen, heroes like Oedipus and Orestes, are characterized by suffering. Their stories say something important to their world without dominating it.

Fictional detectives solve or embody suffering and violence. They bring the restoring powers of re-storying the world through solving crime. That is why we need them.

Susan Rowland’s detective novel is The Sacred Well Murders, which offers a three-woman detecting agency structured on the mythic pattern of crone, matron, and maiden. Only these detectives have the mythic strength to counter the dangerously ecstatic energies of a group calling themselves, the Reborn Celts. First in a series of mysteries with these detectives, it draws on Susan’s research into myth, creativity, archetypes and the feminine, which culminates in the idea of Jungian Arts-Based Research. See her website: susanrowland-books.com 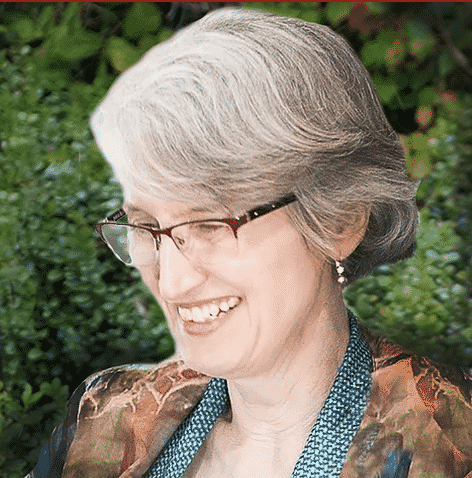