Alyssa Goodnight is the author of the Jane Austen’s Diary series (AUSTENTATIOUS, AUSTENSIBLY ORDINARY), a romance with a touch of magical realism, JUST SAY YES, and a Regency historical, UNLADYLIKE PURSUITS. Her books have been mentioned in FIRST for Women, Woman’s World, and Entertainment Weekly.

Stephanie: A long time ago, when my kids were little, I took them to see “Valiant,” The Disney movie, loosely based on the contributions of pigeons during WWII. The blurb at the end of the movie captivated me. After writing romance novels, I decided to try writing historical fiction set in WWII. It was waiting in the wings at the back of my brain and took off from there. My research was very interesting and helped me develop the story.

Q How would you describe Olive?

Stephanie: A tomboy, optimistic, determined, impulsive, and helpful. She wants to do her bit for the war effort. She always wants to see justice done. She has a fighting spirit, resourceful, intuitive, at times argumentative.

Q What’s the role of the pigeons?

Stephanie: I hope readers get a glimpse through the facts provided. Olive did name the pigeons after children’s literature characters, including Mary Poppins. They have a significant role in the book considering they are the reason Olive gets involved with the British intelligence organization. From her perspective the birds are doing the work while she selects them, trains them, and feeds them. The birds are the ones taking all the risks: getting killed by snipers or eaten by other animals. In book one it was a letdown for her. In book two it is a way to do more for the war effort to be in the thick of it all.

Q How would you describe Captain Jamie Aldridge?

Stephanie: A sort of by the book person. He is a bit resentful because of his injury and must be at a desk job. He is serious, cautious, at times disagreeable, condescending, and sarcastic. He is uncomfortable around cats.

Q What can you tell us about the relationship between Aldridge and Olive?

Stephanie: At first Aldridge is resentful of Olive and does not appreciate her being so argumentative. He tries to reign her impulsiveness in because he is worried about her safety. They know how to push each other’s buttons. In book one it was very prickly where she did not like him at all, felt he had no need to interact with her, and was very irritated with her. He was grumpy and she was exasperated with him. At the end of book two they are coming to understand and respect each other with a connection. There is a subtle affection. He has a soft spot for her but does not want to acknowledge it, while she is frustrated.

Q What about the role of WWII and the mystery?

Stephanie: In the first book the mystery aspect is detached from what is going on in the war. It is more about the killing of a villager. In the second book, that murder is on the war side. I also explain in the second book how the Germans confiscated and killed pigeons, which played a role in the mystery. They were aware of how the Allies used pigeons. They trained Falcons to intercept as the pigeons were flying home across the channel.

Q Can you explain a FANY?

Stephanie: FANY stands for First Aid Nursing Yeomanry. It started before the First World War. Originally, they were like combat medics working between the field hospitals and the front line. Into WWII they expanded a lot including mechanics, driving ambulances, and nursing. They really did everything. Some of them became actual secret agents themselves. Whatever was necessary the FANY would do it.

Q In the first book, Olive took on a Miss Marple role, but in the second book acted like Poirot. Is there a story there?

Stephanie: Poirot was a character of Christie. Most of her books are Miss Marple or Poirot, Olive’s favorite. Poirot likes to make lists, asks questions, and feels the murderer must be found at all costs. She wanted to take a page from him.

Stephanie: The working title is A Courage Undimmed and will be out in a year. It is another Olive book, still working as a FANY and unofficially training to be an agent. There is also a village mystery with a visit from the actual Ian Fleming.

Olive Bright Pigeoneer and A Valiant Deceit by Stephanie Graves are the latest books in her new historical mystery series. It features Olive Bright, a spirited young pigeon fancier who finds herself working for a secret British intelligence agency, while in her spare time solving mysteries. These books are set in England during World War II where the reader gets a close look at life in a small English town.

The first book has twenty-two-year-old Olive Bright helping at her father’s veterinary practice and tending to her beloved racing pigeons. Desperate to do her bit, Olive hopes that the National Pigeon Service will enlist Bright Lofts’ expertise, and use their highly trained birds to deliver critical, coded messages for His Majesty’s Forces. But it was not the National Pigeon Service that recruits her but a secret intelligence organization, Baker Street. Captain Jameson Aldridge and his associate are tied to this covert British intelligence organization. If Olive wants her pigeons to help the war effort, she must do so in complete secrecy, which includes using the cover story of a fake romance with the captain as she prepares her birds to help with covert operations.

To protect the secrecy of their work Olive and Aldridge continue their ruse of being romantically involved, a task made difficult when both realize they have feelings for the other. Neither will admit their desires. Olive is intelligent, spunky, brave, at times reckless, and energetic. Aldridge is gruff, enigmatic, at times condescending, prickly, and brash.
The second book has Olive continuing her adventures in helping the war effort and solving mysteries. She is a FANY, First Aid Nursing Yeomanry, hoping she can step up her involvement in the war effort. Her pigeons are being conscripted to aid the Belgian resistance, and it’s up to Olive to choose the best birds for the mission, even looking for some in her dovecote that have Belgian heritage.

The first book is more of mystery where Olive must solve the killing of a community busybody Miss Husselbee in the small town of Pipley in Hertfordshire Bustles. She resolves to use the skills she’s learned from reading Agatha Christie novels to solve the crime.

The second book is more of a thriller after Lt. Jeremy Beckett, an instructor at Station XVII, the top-secret training school, housed at Brickendonbury Manor, is found dead. Even though the police determine his death to be an accident, Olive feels there are suspicious circumstances considering Beckett was carrying a coded message in his pocket and a map of Germany clutched in one hand. In both books she stops at nothing to find the truth, including risking her own life. Olive is becoming a very good investigator as she uses the tools of Hercule Poirot, her literary hero.

These books are great reads with the witty dialogue, responses, one-liners, and banter between the two characters. The mystery storyline had plenty of suspects, suspicious behavior, clues, and red herrings. A bonus were the fascinating tidbits about the role of the pigeons during World War II as part of the British spy operations. These books show why Graves did not have a sophomore jinx. 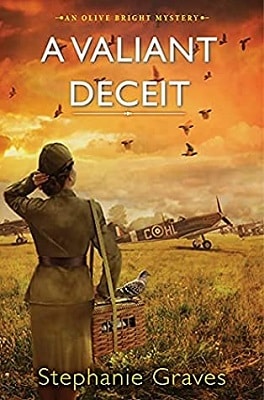 Returning to Pipley following her FANY (First Aid Nursing Yeomanry) training, Olive is eager to step up her involvement in the war effort. Her pigeons are being conscripted to aid the Belgian resistance, and it’s up to Olive to choose the best birds for the mission. To protect the secrecy of their work, she must also continue the ruse of being romantically involved with her superior, Captain Jameson Aldridge, a task made more challenging by the fact that she really does have feelings for the gruff Irish intelligence officer.

But perhaps the greatest challenge of all comes when an instructor at Station XVII, the top-secret training school housed at Brickendonbury Manor, is found dead in Balls Wood by a troop of Girl Guides. The police quickly rule Lieutenant Jeremy Beckett’s death an accident, but based on clues she finds at the scene, Olive begins to suspect he might have been a spy. Involving the reluctant Jamie, she is determined to solve the murder and possibly stop a threat to their intelligence efforts which could put the Belgians—not to mention her pigeons—in grave danger. 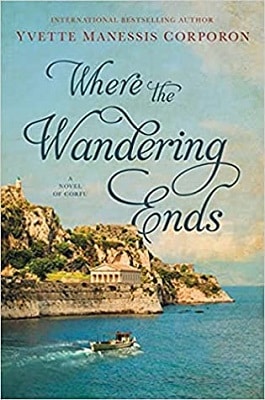 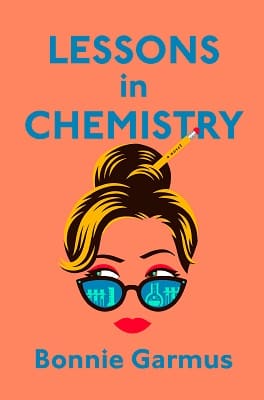 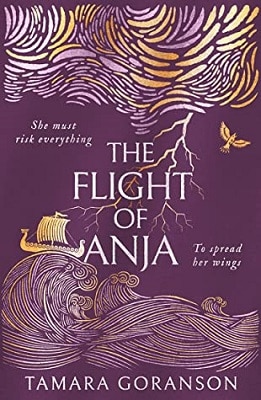 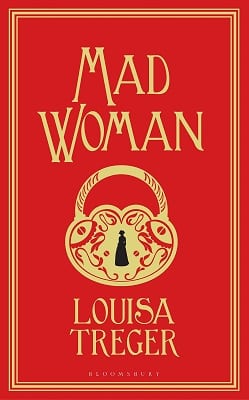 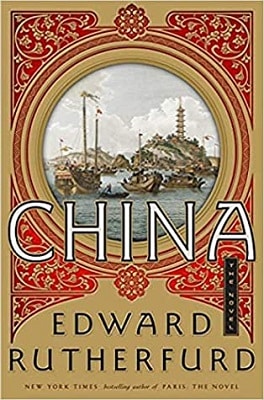 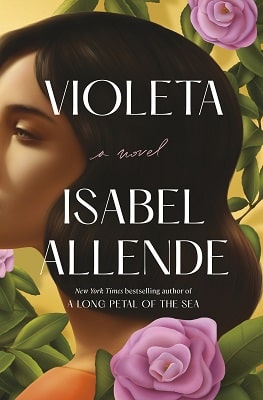