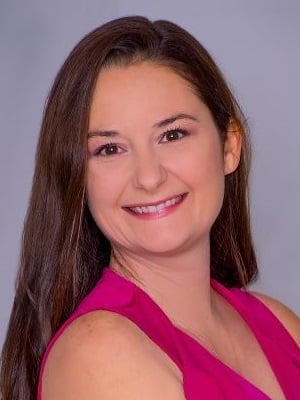 Stephenia H. McGee is a multi-published author of stories of faith, hope, and healing set in the Deep South. She lives in Mississippi, where she is a mom of two rambunctious boys, writer, dreamer, and husband spoiler.

Stephenia: I have a degree in animal science and equestrian science. I worked as a horse trainer. Because my back went out, I could not do any horse training anymore. I wanted to write a story with the horsemanship skills I used, having a heroine who would face difficulties because of the time, the early 1900s.

Q Is there a mystery thread?

Stephenia: Yes. Silas is trying to find out what happened to his father, never believing it was an accident. He is also looking for the horse that disappeared. The readers know there is a connection somehow between all these characters. One of the bad guys have motives that are suspect, the Uncle Amos. He is overconfident, a liar, uncaring, manipulative, and does not have much regard for women.

Q How would you describe the heroine, Nora?

Stephenia: She is a little bit older and has led a sheltered life. She is trying to learn how to be independent.  Nora is headstrong, curious, very opinionated, and struggles with the society pressures of the time. Her own family wanted her to be quiet, soft-spoken, act like a lady, and get married. This goes against everything in her personality. Nora is a spitfire, rebellious, defiant, and coy. She is like a horse whisperer.

Q How would you describe Silas, the hero?

Stephenia: Quiet, gentle, and easy-going. He is confident, sincere, protective, and honorable.

Q Why the setting?

Stephenia: I put her in Neshoba County Mississippi because of the fair. It started in the late 1800s. It is a huge deal. People take off a week to go, staying in cabins. One of the big events is the harness racing, the only legal horse racing track in Mississippi. I thought it would be fun to put Nora there so she could be a racer.

Q What can you tell us about women in the early 1900s?

Stephenia: They had to have their place, following orders, and being seen and not heard. They were stifled and had no say in their marriage. Nora had a tug and pull with the way women were treated in the times. Although, she had some freedom since it was in the middle of the suffrage period.

Q What role does Arrow the horse play in the story?

Stephenia: Arrow plays a big part in the story. He is a character. Like Nora, he is headstrong, ornery, high strung, temperamental, high energy, and wild. Silas tempers both Nora and Arrow. Ever since Arrow was born, he became Nora’s best friend since she was so lonely. She loves him and spills her problems out to him. I was able to use my experiences with my horse, Rona, for Arrow. Rona is retired after she broke a bone in her hoof.

Q There is a book quote comparing Arrow and Silas. Please explain.

Stephenia: I put in this book quote, “They are like two stallions. They assess one another looking for weakness, while at the same time offering due respect to one another.” Nora is watching how Silas will handle Arrow. He is not rough with Arrow and does not man-handle him. They both give each other mutual respect.

Q What about the relationship between Silas and Nora?

Stephenia: When he is first hired, she does not want anything to do with him, having the feeling he is taking over her duties. She is trying to establish her position. She slowly gains respect for him, watching how he handles the horse, people around him, and even her. They share a passion for horses, develop a friendship, and then it turns to love. In a sense they are kindred spirits. He finds her fascinating, becomes intrigued with her, and is never overbearing. He takes her for what she is.

Q What about Nora and her mother’s relationship?

Stephenia: Nora and her mom are complete opposites who hardly agree on anything. Her mother wants Nora to have a stable life, to do feminine things like cook and sew. This causes mother and daughter to butt heads. After the father died, they try to understand each other more. They each want the bond and friendship that goes beyond parent-child.

Q What about your next book?

Stephenia: This current book is stand-alone. The next book is called The Swindler’s Daughter, set in 1918 in rural Georgia. A girl finds out her dad just died in prison even though she thought he died a long time ago. She has been left an unusual inheritance. It comes out in May 2023.

The Secrets of Emberwild by Stephenia H. McGee is a great read combining mystery, some romance, and historical facts about the South in 1905. There are secrets, manipulation, and roadblocks that the characters must confront to solve the mystery.

Silas Cavallero has long doubted the sheriff’s account of his father’s death 15 years earlier, that Silas’s father was accidentally trampled by his prized stallion, never to be found. He decides to investigate which leads him to Mississippi’s Emberwild Horse Farm. There he is he hired to train Arrow, a harness racing horse, but must contend with the horse’s owner Nora Felton. She prefers her horse to people and makes it known that she should be training Arrow. Unfortunately, after her father died, her uncle and mother conspire to wed Nora since they believe she should be a proper lady and leave the horse training and racing to men. Yet, Nora is determined to save her struggling horse farm, starting with entering her prize colt Arrow into the harness races at the 1905 Mississippi Fair. If she wins, she may have a chance at independence. With Silas’ support and encouragement, he and she team up to prepare Arrow for the harness races. But after mysterious accidents threaten their safety and circumstances shrouded in secrets begin unlocking clues to the past, Silas must decide if the truth is worth risking and endangering the feisty, gritty woman he’s come to admire.

This story will captivate readers from page one. The characters are very relatable and believable. The insight into how women were treated is eye-opening. Regarding the mystery there are many surprises that keep readers on their toes and guessing as to what really happened. 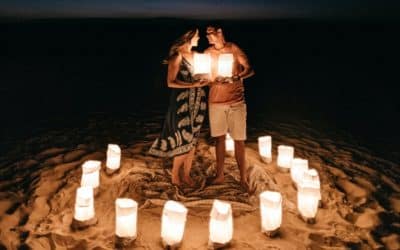