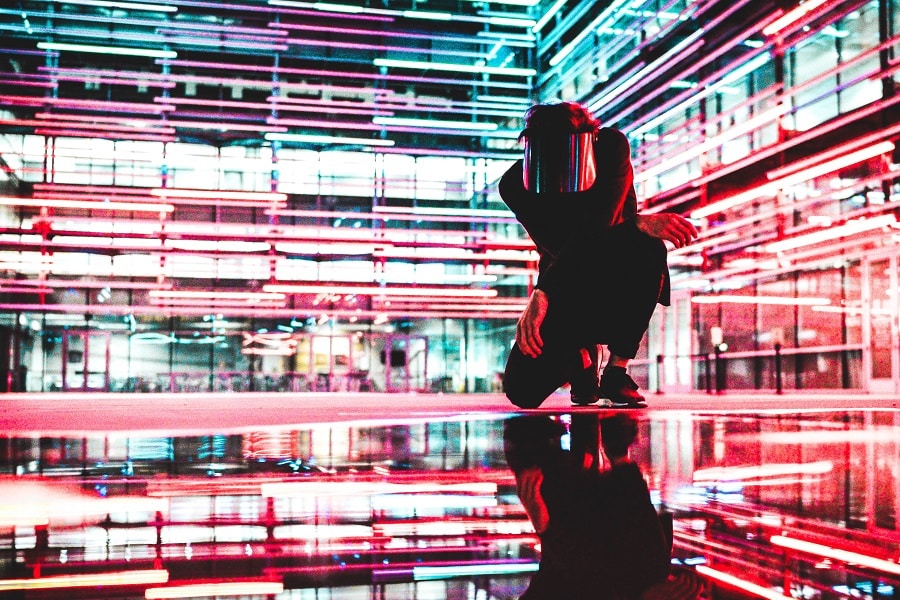 As we wave a fond goodbye to the year 2049 and bid a warm welcome to the halfway point of the 21st century (wow! Didn’t that time go fast?!), here we give you a taste of the best techno-horror movies to watch in 2050.

The genre has come a long way since coming into its own in the 2020s. Of course, there had been movies long before then that combined horror with technology:

But in the 2020s the pace picked up significantly, with many stories referencing the great pandemic of 2020-2023.

However, the genre has matured and moved with the times since then, just as technology has. In these days of heart, lung, face, and spinal cord transplants (although not yet all at the same time!) the idea of building a human from spare parts is hardly cutting edge. Anyway, enough digression. Without further ado, let’s take a look at the hottest movies coming to a zip-stream near you in 2050:

We all know that anti-aging pills are just around the corner. As the advertising jingle goes: “It’s only a matter of time.” So, logically, techno-horror movies on the subject have also been coming in dribs and drabs, and “Before Your Time” promises to be the best so far.

The plot revolves around two sisters who have been taking the top-of-the-line (and exorbitantly expensive) pills for sixty years, and so still have the faces and bodies of thirty-year-olds. So far, so young. But then temporal relapses start occurring—effectively aging the sisters sixty years overnight—until an even costlier drug is recommended as the only solution. This is the cue for some bloody retribution on the corporation that has hidden reports of this catastrophic side effect.

Only halfway through the movie do we (and the sisters) find out that temporal relapses are amongst the mildest of the potential side-effects. I won’t (completely) spoil it for you. I’ll simply point out the well-known fact that the current crop of anti-aging pills are made from ground-up slug-shells paired with freeze-dried nano-robots that deliver the drug to the correct cells and repair them.

Here, a retro-title hides a film that starts out funny but ultimately doesn’t pull its gore punches.

In a world where drug-resistant STDs have killed off any hope of real-world sexual experimentation, Kaval Morton is understandably awecited to be given an ultra-realistic sex doll by his parents for his sixteenth birthday. All his buddies have them, and – as his parents remind him – he can practice his own skills as well as enjoy himself, so that when he marries, his wife won’t be disappointed.

And the doll’s realism turns out to be far from skin-deep. Feedback on his own technique is provided by a cell phone app (which, naturally, he can show to his prospective wife as proof of his skill), and Suki has both the body and experience that every young boy dreams of.

Right from the get-go Suki is proverbially mad about the boy, and in time Kaval finds himself also falling in love with his quasi-first love. The pivot point of the movie happens about a third of the way in. And it sounds funny, but in the movie it’s anything but that. Trust me, you won’t laugh. To Kaval’s total astonishment, Suki tells him she’s pregnant.

Moral dilemmas are mixed in with techno-confusion. Arguments ensue and Kaval’s father ends up killing Suki. But as she’s web-enabled, another Suki gets delivered, restored to exactly the same state and with exactly the same memory as the old Suki had the nanosecond before she was killed. She also has Total-AI, so can work out what happened to the first Suki. A cat and mouse fight to the death isn’t far away, except, of course, that “death” is meaningless to Suki. But that is by no means the end of the shocks. At the two-thirds point, Sex Bomb turns out of Sci-Fi Avenue onto Techno-Horror Boulevard when we find out precisely what has been gestating inside Suki’s quasi-womb.

It’s now almost seventy years since the Stephen King story about the car endowed with the evil personality was first made into a movie, but this remake is so updated for mid-21st-century viewers that it hardly bears any resemblance to the original.

Now all cars are web-enabled and Total-AI. They are also exclusively designed and manufactured the same way and so are mega-bland compared to the older gas-fueled cars that have long since been banned. And so, the fashion is to customize (or pimp-up) your car with a “personality” chip upgrade to give it some character.

But in the recent past, each chip vendor upped the ante on the character front with badass attitude products, resulting in cars that couldn’t help but race other cars – without their owners’ permissions, of course. After many such races resulted in catastrophic carnage, the government was forced to act and certain aggressive traits are now illegal upgrades.

But this law has simply driven the upgraders underground, and the only way to make your car badass is to pay a fortune. Or is it?

Enter twenty-eight-year-old professor of AI and programming nerd Willis David. After one of the illegally chipped monsters causes an accident in which his wife and young daughter are killed, he vows to create the most aggressive car known on the planet. Ultimately, this movie is pretty predictable: Willis overshoots on the evil by a mile and can’t control the beast he’s created.

With most of the world’s plastic now causing absolute havoc in the seas, scientists are locked in a race to genetically engineer a bacterium that can digest the pesky stuff. Recycle looks at the possible repercussions of letting such a bug loose.

At first, the scientific breakthrough is hailed as a miracle solution to a problem that has dogged the planet for decades. But soon – you guessed it – it all goes gruesomely wrong. Because of the huge quantities of waste available to feed on, the bug rapidly multiplies and becomes present in such huge quantities that various flavors of genetic mutations are created.

The first rogue strains attack the scales of the fish they are supposed to be helping, then the nastier ones start pretty much dissolving anything that gets in their path – including stone and metal. When a few sea swimmers have limbs necrotised – bones and all – in a matter of hours by the mutant bugs, they are understandably shipped off to hospitals, meaning the bug is out of the water and in the land ecosystem.

And when even more genetic mutations allow the bugs to be lifted into clouds by evaporation, subsequently falling as raindrops, the fun really starts.

In this awesomely repulsive movie – just like in the real world – cosmetic corrections (as plastic surgery has been called since the 2030s) is big business.

The cosmetic corrections industry is dominated by four companies that have one thing in common: they realized some time ago that human error limits the accuracy of surgery, so have programmed robots to do the jobs 100% perfectly 100% of the time.

But Sergeant Sommer is called to four seemingly unconnected cases where operations have all gone horribly wrong. It doesn’t take long for his investigations to find out that hackers (a double-meaning in this context) have broken into the system that controls the robots, with results that are as grotesque as you might guess.

Sergeant Sommer is pulled all over the place by the parties involved: the victims – their faces mercifully covered for most of the movie – who understandably want to remain anonymous; the companies that feel their industry could crash overnight if details were to get into the media; a government that needs the tax revenue the industry provides; and journalists who simply want to get to the truth.

It’s a conventional but very scary cops-and-blackmailers chiller that gets worse before it gets better as the hackers become increasingly frustrated at the lack of response from the cops and so become more extreme in their acts of sabotage.

You can imagine the type of monstrous disfigurements that result from vindictive plastic surgery. If you can’t, be warned that the word “horror” doesn’t remotely cut it, if you’ll excuse the pun.

Based on the top-selling 2012 book Slow Burning Lies, WishPhixxer starts out quite innocently with a man called Patrick trying to hold down a mundane programming job (hint for the under-30s: once upon a time, long, long ago, humans had to do this) while suffering from terrible nightmares.

With little explanation, the movie piles on a series of bad dream vignettes to great effect, and Patrick is left dazed and confused, to say the least. However, when some of the nightmares appear to have terrifying connections with events in the real world, Patrick’s bewilderment goes into hyperdrive.

Long before the eventual reveal comes along, it’s clear that someone has literally been messing with Patrick’s head, and the fun revolves around our hero (or is he?) putting the myriad clues together.

Exactly how and why people have been messing with Patrick’s head is the crux and the techno part of this clever and twisty thriller, where the dream sequences feature various cameo roles from a host of famous actors.

Ray Backley has written fiction in a number of genres under a variety of pen names, most notably Historical Fiction as Ray Kingfisher. But he mostly enjoys writing gritty thrillers, where he explores the more unpleasant, sometimes seamier sides of characters, so he hopes to write many more of these. Ray tends to watch movies more than he reads novels, but he can actually read. His favorite authors are Stephen King (for character development and quality of prose), and Ira Levin (for unmatched imagination and general storytelling ability). If science could grab the DNA of both and combine them it would be just perfect. And Ray would probably read a bit more.

Ray lives in Hampshire, UK, with his wife and a never-ending series of cats. To keep up with his latest releases you can see his Amazon author page or his Goodreads page. You can also check out www.raybackley.com if that’s your bag, and he would be utterly delighted to hear from you at [email protected]. 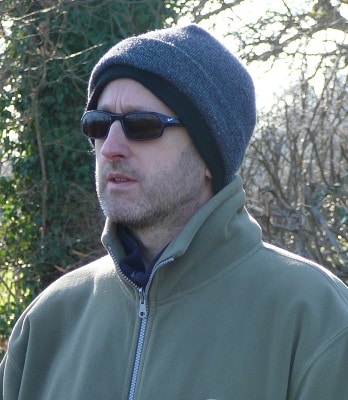 Horror Movies from Way Back in 2021