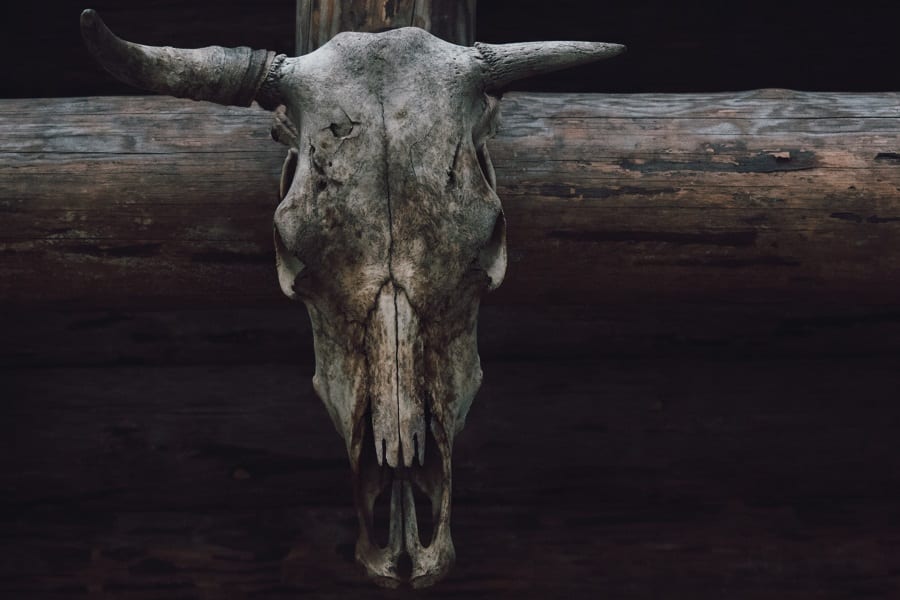 Texas is big—no surprise there. And most folks know, maybe even if only subconsciously, that Texas is also a state of mind. The iconic Texas Highways magazine divides the state into seven regions by climate.

There’s no better way to travel the Lone Star State than with a thrilling book in hand that’s written by someone who knows the lay of the land and adds a setting so rich you can taste it. So pack these seven books, one set in each of the regions and written by Texas authors, into your leather satchel, gas-up that pickup, and hit the road (or travel the Lone Star State from where you are).

The journey begins in East Texas, with Bluebird, Bluebird, by Attica Loche, where US Highway 59 cuts through the stagnant bayous and dark Piney Woods region of Shelby County, where humidity hangs over the area like a blanket and sweat never dries. Where the parasitic, invasive kudzu vine squeezes life out of native flora, and the Aryan Brotherhood reigns over the good citizens of Lark, Texas.

Bluebird tells the story of Darren Mathews, a black Texas Ranger who severed his East Texas roots and fled to Houston. But when the bodies of a black lawyer from Chicago and a local white girl are pulled from a bayou, Mathews returns. Risking his career and marriage, he becomes involved in the murder investigation, unleashing racial tension and violence unseen since the sixties. Justice titters on a legal fence, forcing Mathews to decide between upholding the law or taking matters into his own hands.

Now travel south on Highway 59 straight into downtown Houston and connect with Interstate 45 to the Gulf Coast, the setting of Nic Pizzolatto’s Galveston. Pizzolatto is the creator of the HBO crime drama series, True Detective. Although he was born in Louisiana, he bartended in Austin for four years, so that makes him an adopted Texan. Like Lyle Lovett sings, “That’s right, you’re not from Texas, but Texas wants you anyway.”

Galveston, Pizzolatto’s debut novel, tells the story of New Orleans hitman Roy Cady who takes a double whammy when he learns he has terminal cancer the same day his loan-shark boss tries to have Cady murdered. Cady escapes an ambush, rescues a young prostitute named Rocky, and heads to Galveston Island, a place that is nothing if not fickle. This laid-back beach town can turn from lazy to horrific in the blink of a hurricane’s eye. Their island refuge offers little in the way of escape. The best Cady and Rocky can hope for is to stay hidden. We know from the get-go that there’s no easy out. No safe sanctuary. No yellow brick road to take them home. Just a nagging uncertainty lapping at their heels like the gulf’s waves rolling in, taking any sense of optimism back out by the undertow. The day of reckoning arrives as Hurricane Ike roils in, and a Hitchcockian ending leaves only a smidgen of hope.

Two-hundred and fifty miles to the west brings you to San Antonio on the edge of the South Texas Plains, a subtropical region dotted with prickly pear cactus and thorny mesquite trees, and the setting of Rick Riordan’s suspense novel, Mission Road. On the outskirts of Alamo City, where the bright lights of tourism don’t reach, and stars turn their glow elsewhere, Mission Road, once a lonely trail connecting five Spanish missions is also the dumping ground for dead bodies.

SAPD detective Ana DeLeon, assigned to cold cases, reopens an unsolved, eighteen-year-old murder. In short work, she identifies the killer. Before she can bring charges, she is shot and left for dead. An arrest warrant is issued for pawn-shop owner Ralph Arguello, DeLeon’s husband. Arguello goes on the lam and turns to a childhood friend, private investigator Tres Navarre. Navarre’s connections with the SAPD give the men forty-eight hours to prove Arguello’s innocence, thus beginning a fast-paced tale of revenge, deception, and heroism that leads them straight to Mission Road, where the victims of the past eagerly wait to tell their stories.

After three gripping stories, it’s time for a breather. So, find a honkytonk, order a frosty stein of Shiner Bock, and settle in for some Texas-size belly laughs as Sheriff Bobby Garza and Game Warden John Marlin team up to find a killer in Ben Rehder’s Holy Moly. This book is set fifty miles west of Austin in Blanco County in the heart of the Texas Hill Country, where downhome county folks enjoy their quietude and are mighty proud of the bluebonnets that blanket the fields during spring. To say that most residents were opposed to televangelist Peter Boothe building a sixty-acre religious complex with a 15,000-seat auditorium and private airstrip right next to the pristine Pedernales River and the state park, is an understatement. But local Hollis Farley doesn’t mind at all when Pastor Boothe hires him to clear the land for the new facility. Farley goes to the Super Walmart and buys a four-thousand-dollar, sixty-inch plasma TV in anticipation of his future wealth from unearthing a 100-million-year-old Alamosaurus skull on the construction site. However, the Book of Genesis and an ancient bone from the Cretaceous period don’t jive. Something’s got to give. Four days later Farley is murdered while on his backhoe. Sheriff Garza and Warden Marlin aren’t happy with the shenanigans happening in their jurisdiction. And they have enough motives and suspects to keep them busy well into deer-hunting season.

Black-Eyed Susans: A Novel of Suspense, by Julia Heaberlin, takes place in the fertile ranch and farmland of the Prairie and Lakes Region around Fort Worth, where spring wildflowers grow in profusion, and a serial killer has chosen to dispose of his victims. His killing spree comes to a halt when his last victim, sixteen-year-old Tessie, is found buried but alive in a field of Black-Eyes Susans. Her testimony at Terrel Darcy Goodwin’s trial lands him on death row. Sixteen years later, and days away from Goodwin’s execution, Tessie (now called Tessa) questions her memory of the day she was kidnapped. She works with forensics scientists and Goodwin’s defense attorney to overturn Goodwin’s verdict. The story switches back and forth between 1995, when Tessie was under the care of a therapist, and 2012, when she suspects the real culprit is now stalking her because Black-eyed Susans pop up everywhere Tessa goes.

After you close the pages on Heaberlin’s suspense novel, head west on Interstate 20 for 400 miles, and into Big Bend Country, otherwise known as the Trans Pecos. But remember, only a fool travels through this part of the state unprepared. So gas-up as often as possible, bring plenty of food and water, and pray you don’t have car trouble because here, your cell phone is not your friend. A snakebite kit is. Bordersnakes, by James Crumley, mirrors the stark, breathtaking landscape like no other—gritty, harsh, and merciless. Nothing has changed in Big Bend Country since the book was published in 1997. Nothing ever changes. There’s no reason to.

James Crumley unites his two private-eye protagonists, Milo Milodragovitch and C. W. Sughrue, and sends them on a revenge-fueled journey into the ruthless world of drug trafficking and murder. Milodragovitch is off the wagon and determined to reclaim the three-million dollars stolen from him by a bogus banker. With just enough money in his pocket to be dangerous, Milos seeks out his old buddy, Sughrue, who’s living in a trailer in Marfa and hiding out from a hitman. Sughrue’s recovering from a bullet hole in his stomach, but the anger he feels is festering to the point of eruption. Over cold beer and tequila, they decide to team up and take matters into their own hands, a decision that threatens to destroy their friendship and those they care about most.

Finally, head north to the Texas Panhandle, once known as the closest thing to the Wild West, where tumbleweeds the size of buffalos roll across grassy plains and dirt the color of blood covers a substrate of black crude. Taylor Moore’s thriller, Down Range, features Garrett Kohl, a DEA special agent who has been sent back home to Canadian, Texas, while his screw-up in Afghanistan dies down. Joining him is a ten-year-old Afghan boy he rescued from near-death in a terrorist attack. But life back on the ranch doesn’t offer much solace. The place Kohl calls home has become corrupted by the Mexican drug cartel in conjunction with local law enforcement, most of the businesses in town, and a land baron who owns most of the property. Kohl finds that his brother Bridger, a lawyer, and his family are being terrorized by the powers that be, and attempts to settle the disputes peacefully. But when Kohl’s elderly father is shot and Bridger’s daughters are kidnapped, Kohl has no qualms about waging war in his own backyard.

Kathleen Kaska grew up in West, Texas (the town, not the region), and just five miles down the road from Abbott and Willie Nelson. She writes the humorous Sydney Lockhart Mystery Series, set in the 1950s in different historic hotels. Her latest, Murder at the Menger, takes place in San Antonio at the historic Menger Hotel, will be released in June 2022. She also writes the Kate Caraway Animal-Right Mystery Series.

Kathleen has been an occasional contributor to Texas Highways magazine and writes the blog, “Growing Up Catholic in a Small Texas Town.”