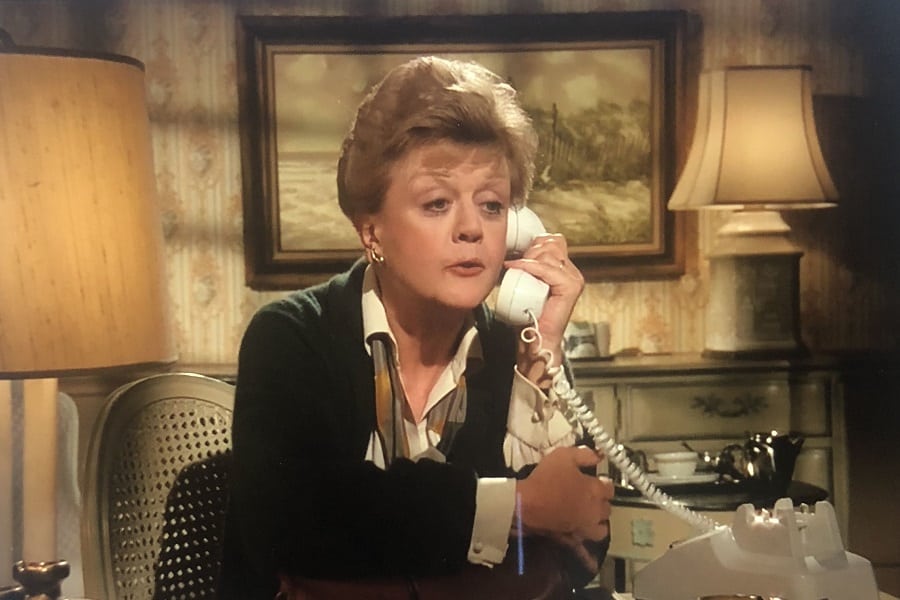 When eighteenth-century authors addressed their “gentle readers,” they knew nothing of future mystery audiences, yet they may well have pegged the type of reader who likes cozy mysteries.

Ironically, cozies are kinder, gentler murder mysteries, which appeal to readers who like to solve puzzles, based on clues that are liberally sprinkled throughout the novel. Readers who solve the murder (the crime in question is almost always a murder) feel a sense of satisfaction at having figured out whodunit before the protagonist does, and readers who don’t identify the culprit before the amateur sleuth does often experience a sense of wonder at the skill of the author in spinning the tale.

Unlike police procedurals and detective novels, crime-solvers in cozies are usually strictly amateurs, such as Jessica Fletcher, a retired English teacher turned author, in the long-running TV series Murder She Wrote, which has inspired more than fifty novels. The story usually takes place in a small town (Cabot Cove in Murder She Wrote), or, if not, within some type of close-knit community (the New York college where Jessica teaches in later episodes) pervaded by a feeling of warmth and connection among the characters. Traditional cozies eschew gory violence, sex scenes, and profanity. Although some cozy mystery authors push the boundaries in these areas, many readers don’t appreciate a looser interpretation of the genre’s conventional tropes.

Like cozy mystery readers, who look for likable, intelligent protagonists, most main characters in cozies are women. Most readers want to be able to relate to the protagonist in some way, much as they would connect with a beloved friend, neighbor, or relative. And when it comes to profession, cozy mystery protagonists tend to fall in one of five groups.

It’s easy to understand the reasons cozy mystery readers gravitate toward mysteries featuring an entrepreneur as the main character. Research conducted by Dartmouth economics professor David G. Blanchflower showed that, given the choice between being an employee or being self-employed, 70.8% of people would prefer self-employment. Identifying with characters who own their own businesses, such as Hannah Swenson, owner of The Cookie Jar, a bakery in a small Minnesota town, gives readers a chance to live vicariously through the protagonist. Joanne Fluke’s popular Hannah Swenson Mystery series features more than twenty books, with more to come, a testament to the fact that readers enjoy the main character. Like Hannah, cozy mystery entrepreneurs often own some type of eatery, another plus for readers who prefer culinary cozies because these books not only tempt the taste buds but also feature actual recipes for food mentioned in the story.

Likewise, readers of cozies featuring crafts or hobbies admire protagonists who’ve turned their interests into businesses. For example, Abby Knight, a law school dropout, is the main character in Kate Collins’s Flower Shop Mystery series. She buys Bloomers, a florist shop, having decided that she’s “never had luck with anything except plants.” Another example is Liss MacCrimmon, a former Scottish dancer, who can no longer dance due to a knee injury. In the Liss MacCrimmon Mystery series by Kaitlyn Dunnett, she runs Moosetookalook, Maine’s Scottish Emporium, selling kilts, tartan fabric, and other goods made in Scotland. The greater independence and flexibility their jobs afford such characters appeal to readers.

Although the portrayal of the entrepreneurial cozy mystery protagonist may be overly positive as far as the ups and downs of operating a business go, this optimistic viewpoint is embraced by readers, who want main characters they admire to succeed.

The entrepreneur type is currently the most popular kind of cozy mystery protagonist.

Not all cozy mystery protagonists are lucky enough to be able to work for themselves. Some of them work for others. In the Dublin Driver Mysteries by Catie Murphy, main character Megan Malone works for the Leprechaun Limo Service as a driver, and in Leslie Meier’s long-running Lucy Stone Mystery series, Lucy works for the Pennysaver, a local newspaper, as a part-time reporter. A major difference between the entrepreneur and the worker bee is that the latter must adhere to a schedule set by an employer, whereas the former often has enough flexibility to pursue clues as an amateur sleuth.

Readers, most of whom are working for someone else themselves, can understand and empathize with the problems that come with worker bee status. Ask any woman whose employer has given her a hard time because she needed to stay home with a sick child or leave work early for a parent-teacher conference, and you’ll find that such incidents create a great deal of stress for the worker. Since most women fall into the worker category, they can identify with the main character and problems she has that stem from the work environment.

The worker bee category of cozy mystery protagonist is a much smaller one than the entrepreneurial category. Nevertheless, the busy worker bee resonates with readers because most of them have been there themselves at one time or another.

Many of them are teachers or librarians, perhaps because they are familiar to readers, who may be likely to encounter a teacher or a librarian in the community more often than they might meet a member of another profession. Since most readers are acquainted with a teacher or a librarian, such a character is a familiar figure and is thus relatable to the reader. Tj, a high school teacher in Kathi Daley’s Tj Jensen Mystery series, is one example, and Lindsey, a librarian in Jenn McKinlay’s Library Lover’s Mystery series, is another. Although the story’s action doesn’t necessarily take place in the school or library, it may, and the familiar setting can reinforce the cozy nature of the book.

Of course, other professions are represented in cozies, too. In these cases, curiosity about professionals that readers don’t encounter quite as often may enhance the reading experience. For example, the protagonist in Eileen Brady’s Kate Turner DVM Mysteries is a veterinarian, and the author is herself a veterinarian, so this one comes from the voice of authority as far as concerns the profession in question. On the other hand, the main character in Maggie Sefton’s Knitting Mystery series is an accountant whose hobby is knitting, and it’s her hobby, rather than her profession, that provides the requisite cozy vibe to the books in the series.

Not every retiree has a second career. Some of these main characters are not working at all. In Patricia Rockwell’s Essie Cobb Senior Sleuth series, the main character resides in the Happy Haven Assisted Living Facility, where she and her friends prove that a person doesn’t have to be young to solve a mystery.

The liveliness of these characters holds a strong appeal for some cozy mystery readers because they skew older than the mystery reader in general, so they may be able to identify strongly with the character, based on age. These characters have not given up on life simply because they are old, and they refuse to be marginalized, so they come across as quite admirable. The retiree protagonist may remind younger readers of a loved older relative or a warmly regarded friend.

The Lady of Leisure

She may be a socialite, an aristocrat, or a woman of means, but, in any case, the lady (or gentleman) of leisure does not need to work to support herself. Either someone else is supporting her or she has an independent income. This circumstance usually gives her a lot of freedom to do what she wants, and what she often wants to do is to investigate a murder.

Since most readers aren’t in this category themselves, there’s a certain fascination and curiosity about the lives these types of characters lead. It should be noted, too, that most cozies featuring the lady of leisure type take place in the past, the 1920s being a decade that often attracts authors.

Kerry Greenwood’s Phryne Fisher’s Murder Mysteries inspired the Australian Miss Fisher’s Murder Mysteries television series. Phryne becomes bored with her society life in England and decides to relocate to Australia, where she spends much of her time solving mysteries. The character enjoys tweaking some of the more live-by-the-book characters around her with her far-from-sedate flapper ways.

Agatha Christie featured her iconic Miss Marple character in twelve novels and several short stories. The spinster character, a genteel woman of independent means, appears in fourteen novels and twenty short stories, spanning the decades from the thirties to the seventies, as well as movie and television adaptations. Miss Marple gets around; she knows people, lots of people, so few of her adventures take place in her cozy hometown of St. Mary Mead. The cleverness of this unassuming character draws readers to the series time and again.

Although Miss Fisher and Miss Marple couldn’t be more different, they both appeal to cozy mystery readers who like a glimpse into the past, relate in some way to the character, and admire her puzzle-solving ability.

The protagonist in a cozy mystery may be sassy or sedate, but, she definitely has to be smart. Readers have a low tolerance for stupid or silly main characters. The key to understanding cozy mystery protagonists and why readers gravitate to the five types of main characters lies in the fact that, no matter the type, readers think of the cozy amateur sleuth as someone with whom they want to spend time. Whenever they pick up a cozy mystery book by a favorite author or fire up their e-Reader to read one, that’s exactly what they do.

Paula Darnell loved reading cozy mysteries before she ever wrote one. A former college instructor, she’s the author of the DIY Diva Mystery series and the Fine Art Mystery series, both of which feature an independent, entrepreneurial main character, an arts and crafts theme, and lovable pets. Visit her website or follow her on  Goodreads.